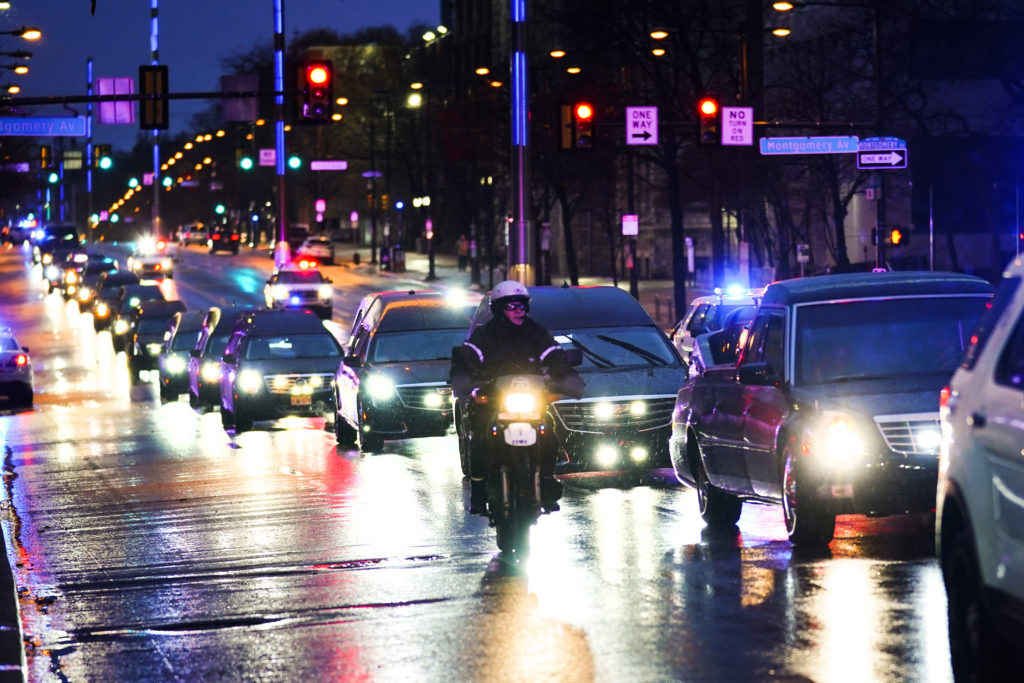 PHILADELPHIA (AP) — Memorial services were held Monday for the nine children and three adults who died in the Philadelphia fire five days into the new year, the city’s deadliest fire in more than a century.

The funeral procession, which passed through the rain-soaked streets of the city on Monday morning, was followed by a service at the Liacouras Center at Temple University, to which members of the congregation were invited and asked to dress in white.

READ MORE: Two adult sisters and eight children died in a fire at an apartment building in Philadelphia.

Those present at the three-hour service listened to Bible readings, official statements, and music. Relatives spoke about their loss and memories of their loved ones from two microphones at tables with coffins among white flowers and large photographs of the dead.

“None of us know what to do with a 12-person funeral,” said Rev. Dr. Elin Waller of Enon Tabernacle Baptist Church. “We are in a space of grief and pain that we don’t wish on anyone.”

One speaker, the children’s aunt, said with tears in her eyes that she thought there was a “family reunion” in heaven.

All victims of the January 5 fire were on the third floor of a duplex north of downtown next to the Philadelphia Museum of Art. The three-story brick duplex was owned by the Philadelphia Housing Authority, the city’s housing agency and the state’s largest homeowner.

Investigators last week confirmed that the blast started with a Christmas tree, but did not officially say it was caused by a child playing with a lighter.

It was the deadliest U.S. residential building fire in years, but was surpassed a few days later by a high-rise building fire in New York’s Bronx neighborhood that killed 17 people, including several children.

Scorching Heat in Phoenix: What It’s Like to Work in 115 Degrees