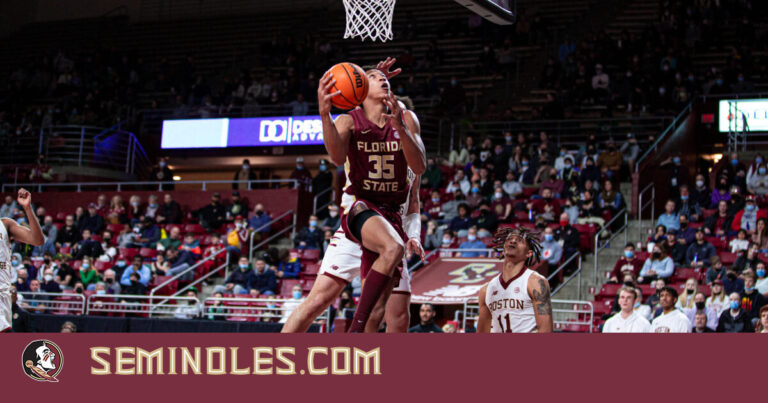 Florida State was down 32-24 at the half, with Cleveland scoring 10 points and contributing seven of his eight rebounds before intermission. At the start of the second half, RayQuan Evans scored a layup and got the “and one” to bring the Seminoles within five points of Boston College. However, Florida State could not close the gap by any more than that for the remainder of the game.

In a game with back and forth scoring droughts, the Seminoles shot .339 from the field and .211 from the three-point line. The Seminoles did not lead at any point this evening.

Tanor Ngom had a career-high three steals in contributing to the team total of 10 steals. With 242 total steals and a 9.0 spg average, Florida State continues to lead the ACC in steals.

Florida State totaled six blocked shots and is third in the ACC with an average of 4.4 bpg this season. The Seminoles are the only team in the ACC that is ranked in the top three for both steals and blocked shots.

The Seminoles will return home before traveling over the weekend to play at Virginia on Saturday, February 26 at 4:00 pm in their final regular-season road game of the 2021-22 season.