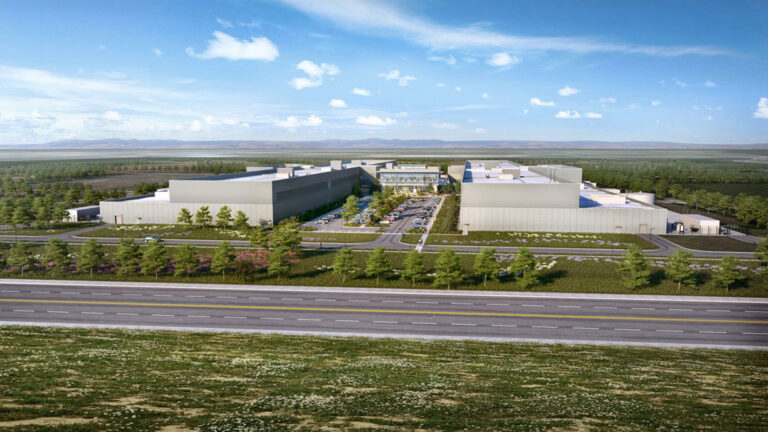 The recent announcement of a new data facility in Temple, Texas for social media giant Meta is further evidence that the state is on a data center roll. Meta, formerly known as Facebook, will begin construction of a 900,000-square-foot hyperscale data center this spring on a site covering nearly 400 acres.

The temple is located midway between Dallas/Fort Worth and Austin, an area that contains 2.8 million people, all within 2.5 hours of reach. The temple has a population of 82,000 in a rapidly growing regional employment hub of 450,000 residents. Such places are increasingly important for such large-scale development. Land available at low cost within easy range of areas with large populations is a magnet for companies like Meta.

Meta’s hyperscale data center is scheduled to be online by 2024. The construction is expected to employ 1,250 workers over the next two years and create 100 operational jobs after completion. The data center will support all of Meta’s apps and services, including Facebook, WhatsApp, Instagram and Meta Quest. The company will also use this feature to accommodate the growing number of photos and videos being shared.

The $800 million facility at Temple is Meta’s 17th data center in the US, and its second in Texas. The company broke ground on a new facility in Fort Worth in 2015 and brought it online in 2017. It has since grown to an investment of $1.5 billion, covering more than 2.6 million square feet on 150 acres. In addition to Temple’s announcement, Meta also announced plans for a new data center in Kansas City, bringing the company’s investment in US data facility construction to more than $16 billion.

In keeping with META’s practice across all of its facility operations, the company says the Temple Hyperscale data center will be backed by 100 percent renewable energy. Meta has a practice in adding renewable energy to the local grid at all of its data center locations. In fact, it has already invested more than 700 MW of new wind and solar power in Texas alone.

Meta claims to build and operate some of the most sustainable data centers in the world. The company says its data facilities use 32 percent less energy, have achieved net-zero carbon emissions and are LEED Gold level certified. They are on average 80 percent more water efficient than the industry standard, with the goal of shedding more water than they consume by 2030.

This latest announcement from Meta is part of a bigger picture that sees the state of Texas as a major destination for high-profile technology. Some of this investment is encouraged by tax incentives. In the case of the Temple Hyperscale Data Center, META will receive a partial property tax exemption for 10 years from the city and Temple Economic Development Corp.

“Texas was recently named the top state in the country for tech worker migration. When you combine this with Temple’s low cost of doing business and central location among major markets, it creates an incredible competitive advantage for our region.”

“Community partners have been instrumental to this project, and we look forward to calling the temple home for many years to come.”

The temple is looking to the future, and provides investment and employment opportunities for the city of Meta, Candy said.

“Our goal has always been to diversify our economic base.”

He explained that META’s impact on the community would not only create jobs but allow the city to continue its investments in schools, non-profits and community projects.

“This growth is something we are very much looking forward to. It really is the backbone of the future of our community.”

The enthusiasm being expressed by META and its community partners about the future prospects for the temple was echoed by Texas State Representative Hugh Shine.

“It is exciting to us in the community to be able to partner and work with a company that is truly at the leading edge.”