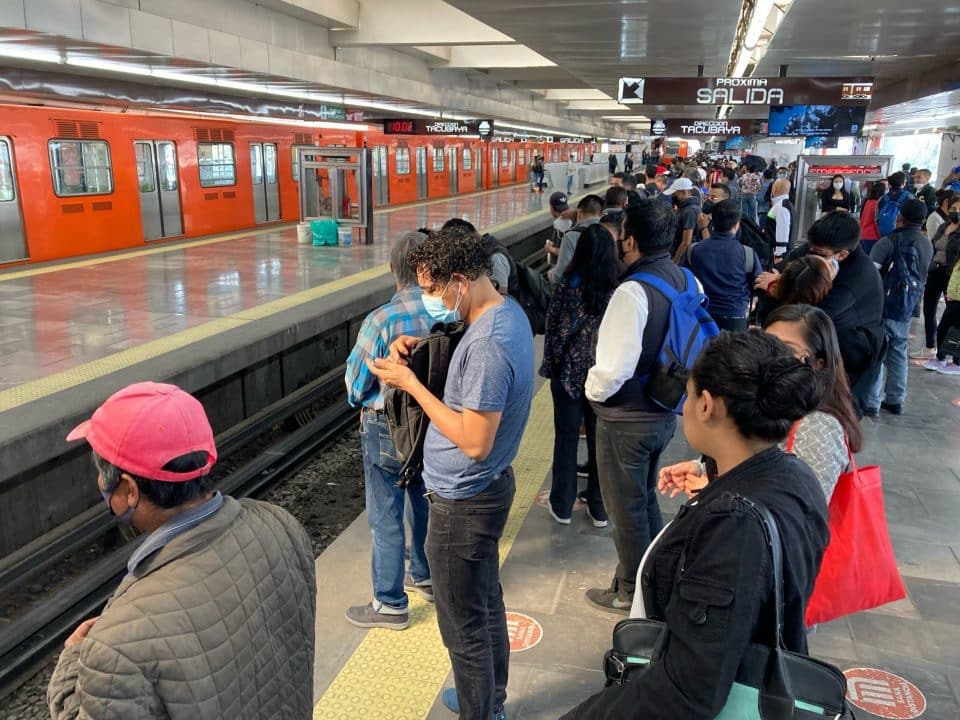 From January to May 2022, Mexico City Metro registered It has an average of 1.7 failures per day across its networkWhich transports about 5 million people daily.

The figure is higher than the daily average registered in the same five-month period in 2021, when it stood at 1.35, according to data provided by the capital city government in response to a request for information with folio 09017372200078.

The capital’s authorities in their official letter indicated that from January to May 2022 257 failures were registered in metro, There were 204 in the same period of 2021.

This figure is lower than the same month in 2020, when 416 failures were accumulated, a daily average of 2.7.

During 2022, one of the most frequently reported lines it was line 3Which runs from Indios Verdes to Universidad—from north to south of CDMX—and where a train accident occurred last Saturday that has so far killed one person—a young woman—and injured 106.

On the same Saturday, after the accident, users of social networks began to recall reports about Line 3, which, according to Metro’s own figures, carried more than 107 million passengers in 2022.

During November and December, users reported “flashing”, slow circulation in trains, a drop in the electric current moving the train, and units to be removed In the section between Potrero and La Raza stations, where the accident occurred on 7 January.

There is a damaged train between the race and the paddock, until they remove it they will resume service on line 3, what a terrible service @MetroCDMX But they are good for their march

Other reports from the previous months indicated that in other stations such as Viveros, Coyoacan or Niños Heroes there was fire and that there was often a smell of burning on the platforms.

this afternoon, line 3@MetroCDMXDue to a fire in Metro Viveros, a train had problems stopping between Coyoacan and Viveros stations for more than two hours.@claudiasheinbefore you leave, fix the subway pic.twitter.com/Rh2eYhZN6M

At the weekend, after the accident between Potrero and La Raza, the capital’s head of government, Claudia Sheinbaum, acknowledged that the modernization of Line 3 this is a cdmx pending,

He said his administration focused on modernizing Lines 1 and 2, which have more flow than Line 3, and that the next local executive would be responsible for working on this last part of the network.

As a result of Saturday’s accident, service was suspended at Indios Verdes, 18 de Marzo, Potrero and La Raza stations. This Monday, the capital’s officials said that it would probably be reopened for this Tuesday, but as of 10:20 p.m. last night they had not informed whether that would happen.

With information from Dalila Sarabia.