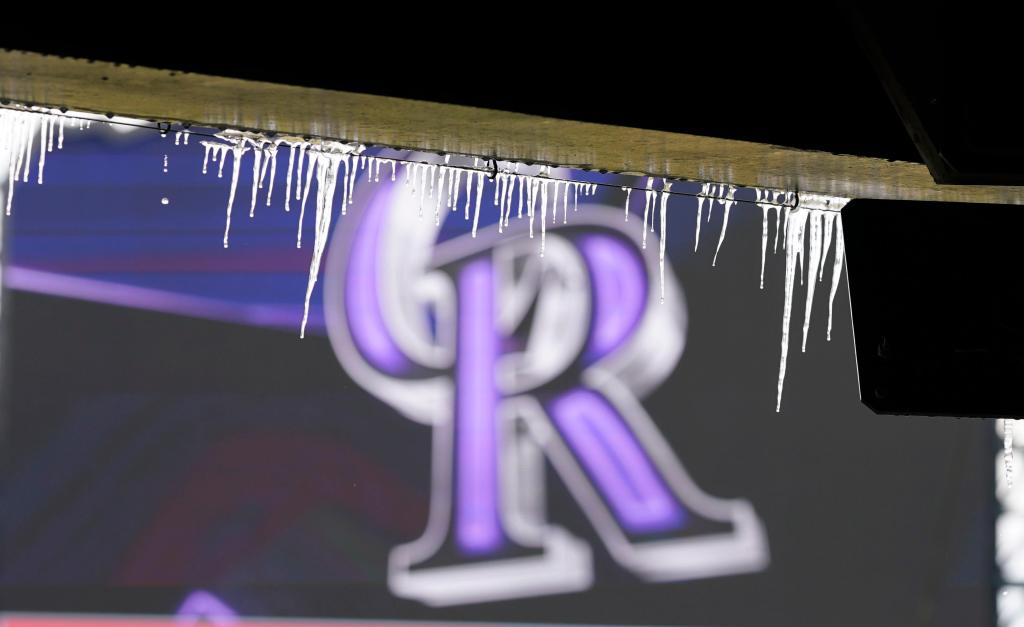 DENVER — In a flashback to last year’s trip to the Mile High City, the Mets were again struck by snowy and frosty weather that halted their series opener against the Rockies.

The Mets’ game against the Rockies, scheduled for 8:40 p.m. ET at Coors Field, was postponed due to forecast heavy snow, the home team announced Friday afternoon. The matchup will be made on Saturday as part of a split doubleheader, with Game 1 starting at 3:10 p.m. ET and Game 2 starting at 8:40 p.m. ET. This will be the Mets’ fifth double header of the season.

The City of Denver has issued a winter storm and cold warning through Friday evening that will last through Saturday morning/afternoon. The total snow accumulation is expected to be between 3 and 10 inches, with temperatures dropping to 26 degrees.

Last year (April 16, 2021) there was Mets snow in Colorado. Before that, the last time it snowed on the Mets was Philadelphia vs Philadelphia on April 2, 2018 at Citi Field. Before last season, the Mets last snowed in Colorado on April 15 and April 17, 2013.

Of course, when the Mets begin their three-game road trip to sunny California against the Giants on Monday, the weather in Denver is expected to be warm and sunny.

Carlos Carrasco (3–1, 3.73 ERA) was to face off against right-handed German Marquez (1–3, 6.16 ERA) in the series opener. The Mets did not announce their Saturday pitching plans until Friday afternoon, but it is expected that Carrasco will take the mound on an extra day of rest for at least one of the two matches.

The Mets (26-14) need a spot starter on Saturday, whichever game Carrasco doesn’t pitch. Trevor Williams (2-4, 4.20 ERA) pitched Game 1 of the team’s doubleheader against the Cardinals on Tuesday, so if the Mets decide to go that route he will pitch with just three days of rest. Taijuan Walker (1-0, 3.52 ERA) is the scheduled starter for Sunday.

But it gets tough after that, with injuries destroying the top of the Mets rotation.

Max Schaezer is sidelined with moderate to high slant stress until at least the end of June, so the Mets will need a regular replacement for the ace starting Monday in San Francisco, which was his scheduled start day. . Tyler Magill, who has been battling right biceps tendinitis since at least last Sunday, is expected to start playing catch this weekend. But Megill doesn’t look close to re-joining the rotation.

And, of course, Jacob deGrom is still on the injured list at 60 days with a stress reaction on his scapula. DeGrom recently began increasing his distance and velocity when throwing on flat ground, but he is yet to throw the mound.

David Peterson, who hasn’t pitched for Triple-A Syracuse since May 13, is the next best depth option to replace Scherzer. But, as of Friday afternoon, the Mets were still going through their options for Saturday’s spot starter and Monday’s outing. It is possible, a team official said, that Pietersen could jump into the rotation as early as Saturday and the Mets will push Williams back on Monday.

Read Also:  Magic's adjustments put to the test in overtime loss to Pacers

These next several weeks will feature an enigma of sorts for the Buck Showalter’s Mets as they maneuver along their thin rotation on the best way to proceed.

Williams and Pietersen can both be considered as long-relief options for the team, potentially slipping into the rotation on a regular basis depending on their results. Williams has been solid for the Mets, scoring a combined 7.2 scoreless innings in his last two outings (a long relief outing and a start against the Nationals and Cardinals respectively). Pietersen has 1.89 ERA in 19 innings and has four games (three starts) for the Amazons earlier this season, when he filled in for injured Taijuan Walker.

Most alarmingly, the Mets are in danger of overworking the bullpen, while Scherzer and Megill are on the IL as they were both able to go deep into the right-handed game. Without them, the relief corps may be called first, thus taxing the unit that is already one of the weakest links in the team.

The Mets are 6-2 in a doubleheader this year with two sweeps and two splits.

Facebook whistleblower expected to testify to Instagram’s impact on children