Mexico, the US and Canada want to accelerate the technological development of North America 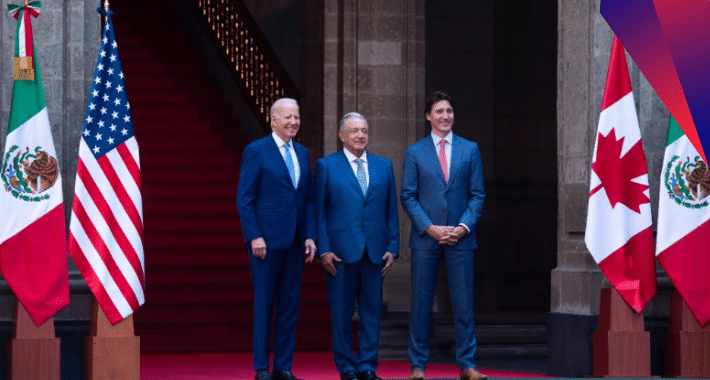 They hope to build reliable supply chains from minerals to semiconductor development.

We wish to deepen cooperation and development with “our friends” Mexico and Canada to meet the challenges of the region and the world.

United States President Joe Biden said in his message to the media.

as part of the work of Summit of North American leaders held in Mexico City.

“We are working forward to strengthen our collaboration in supply chains and critical minerals to accelerate our efforts to develop tomorrow’s technologies in North America.,

Therefore it is necessary to build reliable chains on the continent.

“So we discussed how to build reliable supply chains on this continent for everything from critical minerals to electric vehicles to semiconductors.,

He said that COVID-19 highlighted the importance of chain development, economic resilience and preparing for future pandemics, in order to try to prevent them from today.

,Important economic players around the world are becoming less reliable as partners and less desirable as partners in creating the technology and energy future we want.,

You may be interested to read: Mexico and Central America to benefit from nearshoring

While Mexico’s President Andrés Manuel López Obrador told that for this, the three countries will propose four members to make up this group of 12 experts.

This group would try to inspire, persuade and convince businessmen, workers and public servants in North America about the importance of uniting.

who are the mexican experts

He told who he would be represented in Mexico by Marcelo EbrardForeign Affairs Secretary; rogelio ramirez de la oFinance and Public Debt Secretary.