Mexico, US and Canada agree to combat discrimination 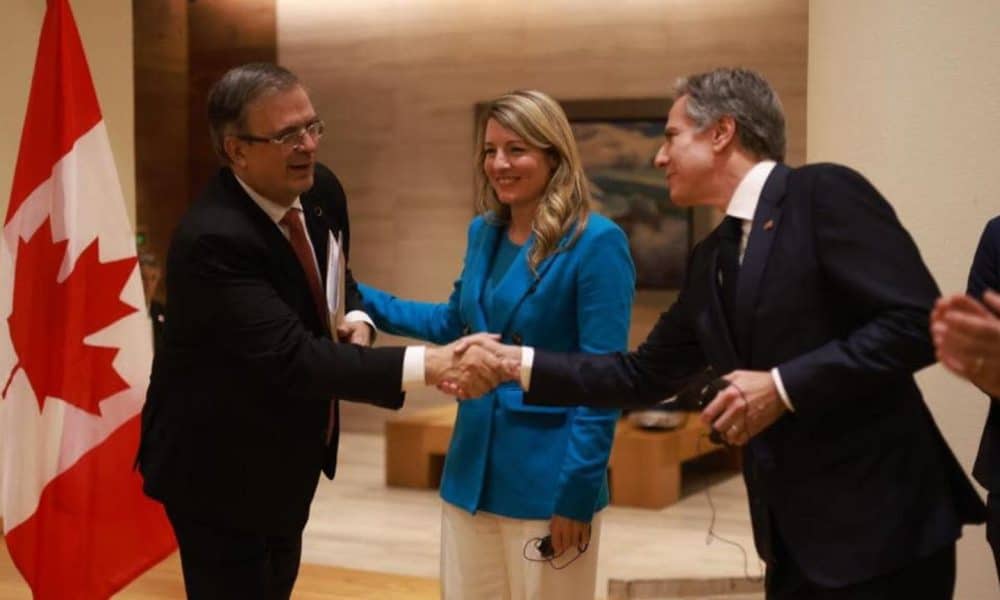 MEXICO CITY.- The governments of Mexico, the United States and Canada signed the Declaration of the North American Coalition for Racial Inclusion and Equality, to eliminate discrimination in various fields, as well as hate speech.

The declaration was signed by Foreign Minister Marcelo Ebrard, within the framework of the North American Leaders’ Summit; United States Secretary of State, Antony Blinken and Canada’s Minister of Foreign Affairs, Melanie Jolley.

The document aims to further the commitment to promote diverse, anti-racist, inclusive, egalitarian and democratic societies.

In this regard, Foreign Minister Marcelo Ebrard explained that, in the case of Mexico, racism is a relevant issue, despite the fact that it had not been addressed for a long time.

«Racism is a very current issue that has to do with the design of our society, what society we want. Racism in Mexico synthesizes a lot of social and gender inequality,” he said.

The official said efforts have been made to end the culture of racism in Mexico and it is an everyday thing.

You can also read: Biden and AMLO: Bilateral meeting – It was discussed in Punto MX

United States Secretary of State Antony Blinken said that the fight for equality begins in each country.

“Our nations recognize the responsibility to act with the utmost urgency to break down these enduring barriers and root out prejudice,” he said.

Furthermore, he said that in the United States he promotes racial justice and it is a priority in all of their bilateral relations.

“We have a great responsibility to combat all forms of discrimination and hatred. Today, we pledge that by signing the Declaration, we pledge to eliminate inequalities.”