Mexico, US and Canada move to legal immigration and combat drug trafficking 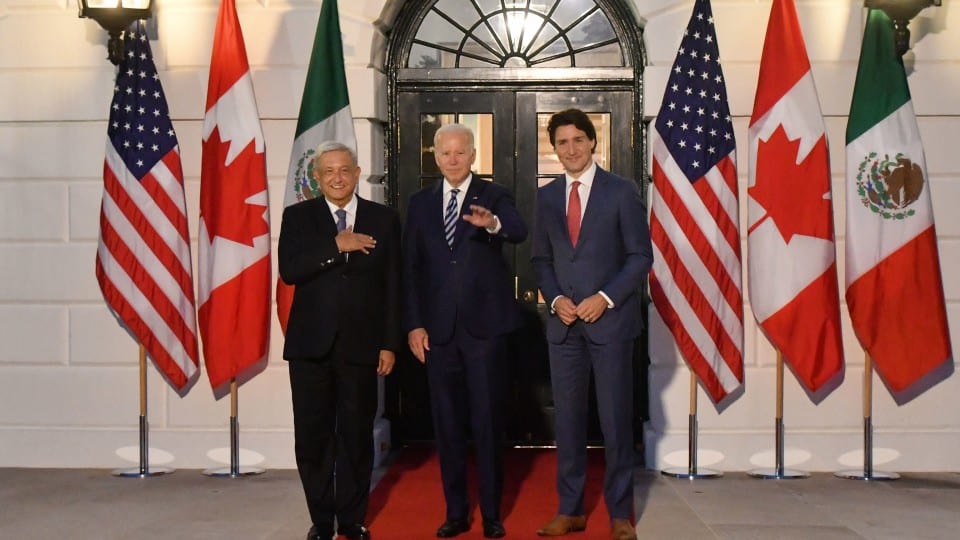 A few hours before the meeting with the President of Mexico, Andres Manuel Lopez Obradortheir counterparts EU, Joe Biden, and prime minister of Canada, Justin TrudeauThe White House releases the agreements of the X Summit of North American Leaders.

The agreements include combating arms and drug trafficking, cooperation to achieve safe, orderly and legal migration in the region, coordinating climate crisis measures, and promoting the microchip and semiconductor industry.

Foreign Minister Marcelo Ebrard indicated that the issue of existing differences in Mexico’s energy policy would not be addressed at the summit.

In an interview with Ciro Gomez Leyva radio threadindicated that the issue is already under discussion and negotiation among the three countries.

“The existing differences on the energy issue will not be the subject of the summit as it is already under discussion and negotiation,” he pointed out. #in the morning Foreign Minister Marcelo Ebrard @m_ebrard, https://t.co/QToBtz8zf9

Summit agreement in Mexico, US and Canada

The White House said in a statement that north american leaders summit Strengthens alliances and advances shared priorities of the three countries.

He explained that as part of the agreements, it is envisaged to hold a semiconductor forum with the industry in early 2023 to adopt government policies and increase investment in supply chains in North America.

With regard to the fight against drug trafficking, they agreed to establish continued cooperation within the North American Drug Dialogue (NADD) to address the threat of illicit drugs and strengthen the public health approach to substance use .

This includes sharing information on chemicals used in the illegal manufacture of fentanyl and other synthetic drugs, and holding a trilateral public health summit.

Read: Biden reaches Mexico border for his first visit as US President

The three countries resolved to continue advocating for the expansion of legal avenues and other humanitarian measures to address irregular migration in the region.

The statement said that by working together, North American countries can better address shared challenges such as climate change, the COVID-19 pandemic, criminal organizations and people-trafficking, and illegal drugs such as fentanyl.

Within the framework of the X Summit of North American Leaders, the leaders of Mexico, the United States and Canada will meet at the National Palace in the afternoon.

Read: Canadian Prime Minister Justin Trudeau is already in Mexico and has landed at AIFA

In the afternoon he will have a private lunch, then the trilateral meeting and at around 3:30 he will give a message.