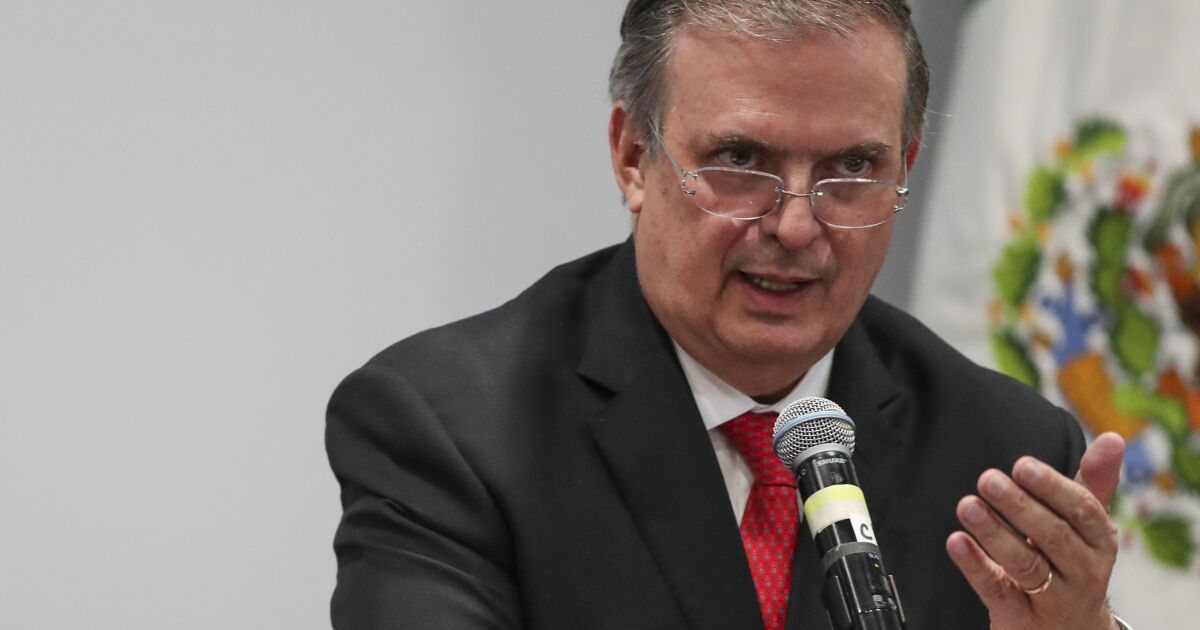 The Mexican government plans to file another lawsuit against US companies responsible for the flow of illegal arms into Mexico, Foreign Relations Secretary Marcelo Ebrard announced on Wednesday.

Ebrard indicated that the new lawsuit could be directed against gun shops or dealers in states bordering Mexico, such as Arizona, who sell weapons to “name lenders” who distribute them to smugglers, who In return take them to the Latin American country.

The foreign minister said that in recent years about 60% of the weapons seized in Mexico are believed to have been sold to the top 10 US countries along the border. Mexico has very strict restrictions on gun ownership, but despite this, drug cartel violence has killed hundreds of thousands of people in the country in recent years.

“Mexico is going to file a second lawsuit, in this case it’s going to be in Arizona, and we’re going to demonstrate that in many of these points where these products are sold in the countries that I just told you about Name lenders are at work, and there we have to start holding them criminally responsible,” Ebrard said in an appearance before the Mexican Senate.

A recently enacted US law makes buying by proxy a crime, and provides for a prison sentence of 15 to 25 years if the offense is related to drug trafficking.

Ebrard made the announcement several days after a US federal judge dismissed Mexico’s first lawsuit against US arms makers. The foreign minister said Mexico would appeal against that decision.

The judge ruled that the Mexican government’s claims were not above the broad protections that the Law for the Protection of the Legal Trade in Arms, passed in 2005, provides to arms manufacturers.

The law protects gun manufacturers from damages “resulting from the criminal or unlawful use” of a firearm.

Mexico was seeking at least $10 billion in damages, but legal experts agreed the suit was unlikely to succeed.

According to the Ministry of Foreign Affairs, the Mexican government estimates that 70% of the weapons smuggled into Mexico come from the United States. He said that in 2019 alone, at least 17,000 homicides in Mexico were related to arms trafficking.