Microsoft Sees Ransomware As A Big Threat, So It Fights Against It Ransomware has become a real headache for all kinds of industries and individuals. Spread through phishing emails and malicious links or files, this type of malware encrypts files on your computer with the sole purpose of making you pay a ransom for them.

These cyber criminals request an amount ranging from $200 to $500 in bitcoin or any other cryptocurrency from the average person. In return, 40% to 60% of them pay a ransom to get their information back, according to Microsoft.

As confirmed by the Ransomwhere platform, $11,727,688.23 million in ransoms have been paid so far in 2022; And this figure does not stop growing every day. Popular ransomware variants include Cuba, Conti, Ravil/Sodinokibi, and Darkseid.

“If I had to say what is the biggest cyber security threat that gives me a headache, it is undoubtedly ransomware. It affects users of all ages, and because they usually don’t ask the average user a huge amount , so people end up paying,” Vasu Jakkal, Microsoft’s global head of cybersecurity, explained during the company’s Future of Security event.

“It’s a whole new economy specializing in cybercrime. It’s a kind of assembly line, where workers specialize in different stages”, he adds.

Last year alone, Microsoft prevented 70 billion cyber attacks (including ransomware) and detected 971 million attacks per second. In fact, the number of cyber attacks increased by 50% in 2021 alone and it usually takes a victim 287 days to recover from them.

The evolution of ransomware: from machine-driven malware to human-powered systems

Ransomware has grown by 120% over the past few years, mainly because its methods of spread have become more sophisticated and targeted.

“Ransomware attacks have moved from being driven by machines to people. That’s why they’ve grown so large and been so successful,” explains Rob Lefferts, CVP Modern Protection & SOC.

Thus, they have moved from attacking individual systems to large companies and for this they personalize the attacks through a human in a special way. Furthermore, the encryption of information is highly calculated and targeted at specific victims. All this causes loss which is sometimes irreparable in a business.

“They attack for weeks, making sure there’s a catastrophic outage for a business because it ensures or increases the possibility of ransom,” says Tanmay Ganacharya, partner director of security research at Microsoft.

“It now affects critical infrastructure, global supply chains and systems, making it a priority for governments and the private sector,” Ganacharya said.

Data is dangerous: One-third of ransomware attacks are successful.

What Microsoft is doing to fight ransomware

“Cyber ​​criminals are adapting and finding new ways to implement their techniques. This increases the complexity of how and where they host company infrastructure,” said Microsoft’s Digital Crimes Unit (DCU) ) general manager Amy Hogan-Burney explains.

The Hogan-Burney-directed division within the company is dedicated to identifying and identifying precisely the new techniques that attackers use to attack their victims and block them so that they cannot reach the end user. Thus, in the last year they have eliminated over 531,000 phishing attack leagues.

“Our unique experience and knowledge of cybercriminal networks allows us to uncover evidence for police and help them track down these cybercriminals. They can compromise your company mail in less than four days,” he highlighted.

But the one issue that worries Hogan-Burney most is precisely ransomware; Especially for its ability to reach all kinds of victims: from hospitals to governments, including companies or users.

“The attacks hit organizations of all sizes and are overwhelming because they are driven by economic or geopolitical reasons to move forward and develop new technologies,” says Hogan-Burney. “At the same time, from the perspective of defenders like us, teams trying to protect these companies can feel resource constrained, overwhelmed by incoming attacks, and often need a vast set of tools to deal with them. Have to face. », he adds.

In fact, as he points out, it’s actually “frustrating” on many occasions because cybercriminals are out of jurisdiction that they are likely to reach and are difficult to apprehend.

Holistic Security: The Only Way to Stop Ransomware

The problem is, once a victim is infected, it is very difficult to access the information they use to blackmail them and all they have to do is pay the ransom if they want to get it back. That’s why Microsoft is focusing on a “holistic prevention” system so that this doesn’t happen.

The company has teams totaling 11,000 people: the DCU, to search for new ransomware and see what their infrastructure is like; MSTIC, Defender TI, which monitors new types of this malware and families; Microsoft 365 Defender, Defender for the Cloud, and Microsoft Sentinel, which are security systems that protect users; and DART, which helps customers when they are affected.

«Every day we have 43,000 million signals alerting us to a possible attack, which is a lot. Microsoft analyzes them and finds out whether they are harmful to the user or the company, ”explains Lefferts. Specifically, as published computerhoyThere have been 338.4 million attempted ransomware attacks.

“These types of threats have been on the rise for more than 5 years, and have continued this year; Except for comparison to the exceptionally high spikes in 2021,” says Vankirk, CEO of Sonicwall.

Thanks to all this, the success rate of cyber criminals has dropped drastically, as they are not able to attack victims or organizations. 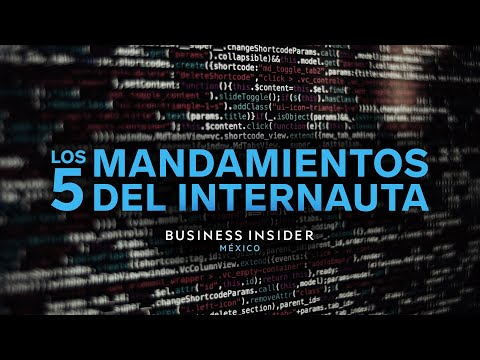