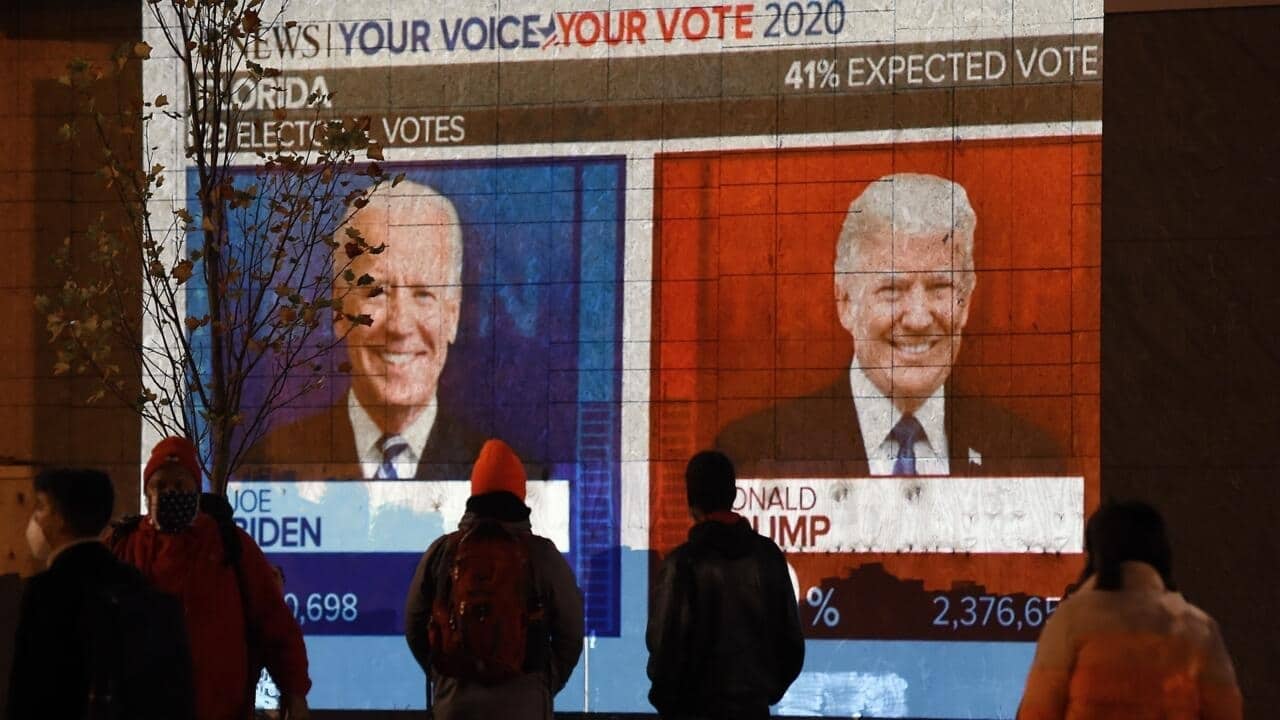 The campaign for the midterm elections on November 8 is marked by an unusual presence of former President Donald Trump. So much so that these polls, which historically approve the current head of state, are looking like a double Biden-Trump referendum this time around. And Democrats hope to benefit from it. analysis.

In 2022 there is a sign of 2020. Midterm elections are held in the United States on November 8: legislative elections and local elections that usually allow the first half of the presidential term to be reviewed. However, the American press talks about Biden as much, if not more, about Donald Trump.

Traditionally, once outside the Oval Office, former heads of state remain relatively quiet, preferring a sunny vacation, high-paying lectures or the construction of a presidential library to the clamor in Washington. Not so for Donald Trump.

Since his defeat in 2020 – which he has never acknowledged – the billionaire, silent on Twitter and Facebook, continues to mobilize his followers through press releases and his own Truth social network. Donald Trump is leaving the door open for a run for the White House in 2024. He has been holding one rally after another, often stealing the show from the Congress candidates he is believed to have come to support. For these midterms, he has supported candidates with relative success, such as Ohio best-selling author JD Vance, who espouses his conspiracy theory of a stolen election. In contrast, some refused to play along, such as Wyoming Republican Rep. Liz Cheney, who lost her primary.

And even when he prefers not to talk, it doesn’t work. Since this summer, cases have accumulated. An extensive FBI search of his Mar-a-Lago, Florida home led to the seizure of boxes of classified White House files. Since then, the legal battle between Donald Trump and the Justice Department has intensified.

Your legal problems do not end here. On September 21, New York State Attorney General Letitia James announced civil proceedings against Donald Trump and some of his children in connection with an investigation into the Trump Organization’s tax practices.

Finally, the Congressional Commission of Inquiry on the January 6, 2021 attack on the Capitol, which held its final hearing live on October 13, does not stop reminding Americans of their former president’s coup d’état intentions. But the latter remains and points. The next day, Donald Trump made a scathing statement. “With hundreds of millions of dollars being spent on what many consider to be a farce and a witch hunt … you have the 2020 presidential election (.. .).”

Democrats rub their hands. While the spotlight is on Donald Trump, his antics and his accusations without evidence, critical examination of Joe Biden’s record fades into the background. Political cartographer and co-editor of Sabato’s Crystal newsletter J.J. Miles Coleman says, “The midterms are often talked about as a referendum on the current president. Logically, this should hurt the Democrats because Joe Biden is not a popular president.” , University of Virginia Election Prediction Tool. The president’s approval rating sits at just 42.5%, after falling to 37% this summer. But according to J. Miles Coleman, Donald Trump’s extreme visibility may “save” Democrats: “The more he inserts himself into this election, the more he reminds undecided voters why they voted for Biden. “

Not such a big Republican wave?

So much so that these midterm elections are shaping up to be a dual Biden-Trump referendum. Doug Schwartz, director of the Quinnipiac University Polling Institute, confirmed that this is quite unusual for a midterm election. “Traditionally, the result would look like a judgment on the performance of Joe Biden and his party. But this is turning into an election with Donald Trump also on the minds of many voters.” He said: “Six months ago, most political observers expected the kind of big Republican wave they saw two years after Donald Trump or Barack Obama took office. Today, they believe the wave will be more couldn’t be bigger, if that’s what it is”. More recently, analysts believe the Democrats have a chance at retaining their narrow majority in the Senate.

J. According to Miles Coleman, the Trump effect in these midterms could also have an impact on the 2024 Republican primaries: “Looking at the hearings on January 6th, Republicans are tempted to think, ‘We can nominate someone who looks like Trump. Looks but don’t have his record.”

Joe Biden and his teams have seized this opportunity. As Republicans try to blame him for spectacular inflation – dubbed “Bidenflation”– One who has influenced the rest of the country and the world, fights back by preaching on the topic of saving democracy. “There is no place for political violence,” he said on September 1 in a speech in Philadelphia, where the Declaration of Independence and the US Constitution were adopted.

The truth is that the issue of democracy is a double edged sword. Firstly, this is not the priority of the voters at this point of time. “Inflation and abortion are probably the bigger issues,” says Miles Coleman. But at the same time, he points out, because everyone can see what they mean in the phrase “save democracy”: “A polling company asked voters whether threats to democracy were an important issue. Two-thirds said all parties said yes. But really the words were much broader. If you’re a Democrat, you think of the bombings on Capitol Hill on January 6, 2021, or Trump and his authoritarian impulses. If you’re a Republican, you Voters freak out about fraud.”

Democrats know that they will not be able to win the hearts of Donald Trump’s staunch supporters anyway. But to keep a chance in the Senate, they target independent voters, moderates who switch from one party to another based on polls, and who are given a hard time at the mention of Donald Trump. If the latter are deeply unhappy with Joe Biden’s policies and runaway inflation, perhaps a memory of the Jan. 6 attack may deter them from depositing a Republican ballot into the ballot box. Democrats will have their answer on November 8.

*This is an article adapted from its original French version