Migration Minister Hawke: This is how the man who can get Djokovic out of Australia lasts 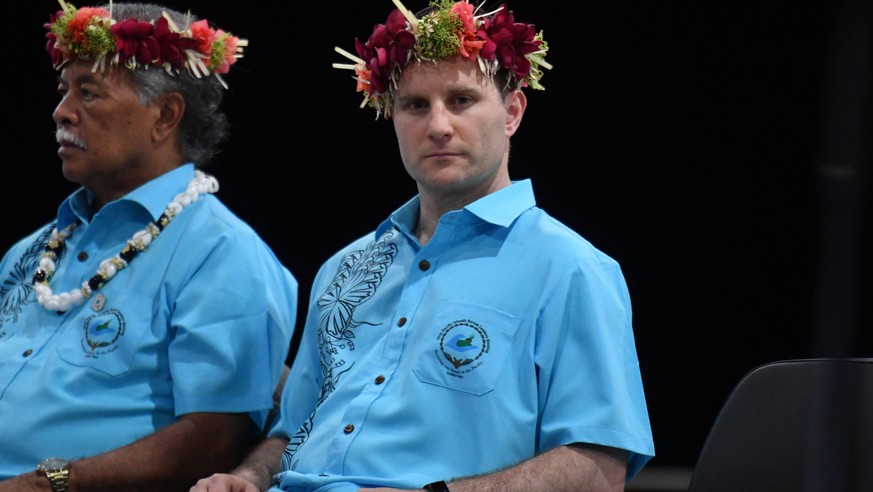 Alex Hawke may oust Novak Djokovic as Australia’s Minister of Migration. This would really suit the politician who is considered very conservative.

Today, also on Wednesday, there will be no decision in the “Australia vs Novak Djokovic” case. The world’s number 1 legal team has filed more applications against the cancellation of visas. “Of course, this has implications for the timing of the decision,” said a spokesman for Migration Minister Alex Hawke.

Hawk is the person who alone can decide Novak Djokovic’s whereabouts in Australia. The “Biosecurity Act” allows the Australian Minister of Immigration and Citizenship to withdraw visas from the Serbian tennis star if he considers Djokovic’s stay in Melbourne to be a threat to Australia’s public health.

But who is it Alexander George Hawke who carries this great power – and burden? What are his political views? And what’s in it for him if he sends Djokovic back to Serbia?

Hawke is a politician of the Australian “Liberal Party” – the conservative centre-right party most probably comparable to the Swiss FDP. The party believes in the free market, fights against communism and socialism, against high taxes.

Hawke has held the position of Minister of Immigration, Citizenship, Overseas Services and Multicultural Affairs since December 22, 2020. Prior to this, he held several other positions in the Australian Government including Deputy Secretary of Defense. Prior to his political career, the now 44-year-old earned a Masters in Government and Public Works and served in the Australian Army for six years.

Read Also:  Shanghai's harsh lockdown may be over but the potential for another 'massive crisis' remains

Hawke is known to be extremely conservative. He caused a stir early in his political career when he said: “Nobody comes to the Liberal Party to quit. If you stand for forced student unions, drug levies, or lowering the age of consent for homosexuality , then you can join the Greens, the Labor Party or the Democrats.”

The last point in particular is important for the Australian. Hawke is a Christian and an opponent of same-sex marriage. He sees the family as the cornerstone of society and believes it is threatened by same-sex marriage. When the Australian Parliament voted to open the marriage in 2017, he did not participate. In 2018, he supported a proposal to allow religious schools to exclude gay or bisexual students. He explained that believers in Australia are being attacked all the time now.

When Labor politician Anne Ely was the first woman of Muslim faith to be elected to the Australian Parliament in 2020, Hawke accused her of believing that “their diversity is better than the diversity of other peoples” – referring to the fact That most Australian politicians have their roots would have been elsewhere. When this statement was received with outrage, Hawke accused the left-wing Labor Party of “fake outrage and false accusations of racism”.

Hawke supported a proposal to reduce Australia’s foreign aid budget. And he believes it is not the government’s job to fight climate change.

Read Also:  Pointing to the sacred: How a tribal elder harnessed photography in a groundbreaking land rights battle

As part of the Liberal Party, Hawke also stands for Closed Borders. The party advocates stronger border controls, which should also stop boats with migrants on board. In the wake of Djokovic’s affair, the left-wing Labor Party is now joking that Hawke and his party have lost control of Australia’s borders – for a conservative politician like Hawke this should feel like a slap.

The Minister of Migration is considered a close confidant of Prime Minister Scott Morrison. Both are considered good friends even in private. They are together in a Bible study group that meets once a week.

Hawke says: “I believe strongly in the ideas of grace, forgiveness, redemption and a second chance – Christian values ​​that make our world more human and livable.” The next few days will show if he will give Novak Djokovic a second chance as well.

Skier Mikaela Schiffrin is currently in Switzerland. Apparently there were complications at the airport in Zurich-Kloten. Her luggage was not found, which angered the 27-year-old woman. In the meantime, however, he has found his suitcase.

«We were at check-in 1 and at the special desk, where we should have helped. But we didn’t get help. And we went to see the supervisor.” Thus begins the Instagram story of ski star Mikaela Schiffrin, who is currently at Zurich-Kloten airport. She is then sent to the lost and found office to find her luggage, but He was closed.