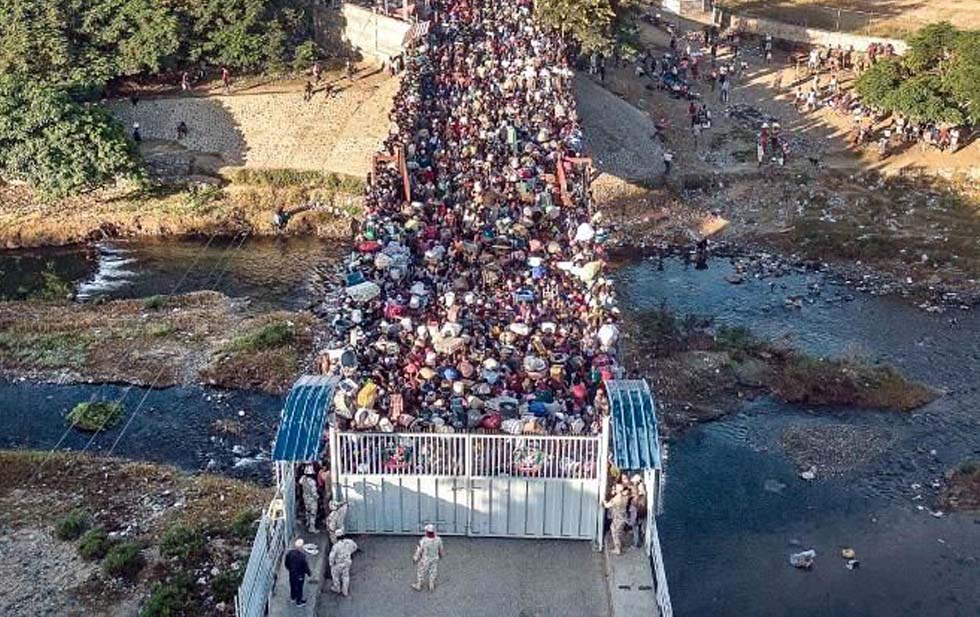 Mexico City.- Migration flows to the United States will maintain high figures in 2023, while the issue of border controls will increasingly be placed at the center of the electoral debate in that country, forecasts expert José María Ramos García.

What has been recorded this year, explain researchers from El Colegio de la Frontera Norte (COLEF), is an increase in labor mobility that was not seen in the last 30 years.

And that mobility, he admits in an interview, will continue to be encouraged both on the supply side, as it is seen by many sending countries as an alternative to income through remittances, and on demand due to labor requirements in the US. With the economic improvement in

The explosive growth in emigration from Venezuela, Cuba and Nicaragua during 2022, he indicated, is a relatively new phenomenon, concerning in the aftermath of the pandemic, with the conflicting context of those countries, but above all with the asylum option, the humanitarian visa. , which has been raised in the government of President Biden, with various contradictions.

In the case of Venezuelans, for example, there was a relative openness in the context of a huge increase in immigration and political negotiations for Chevron’s operations in the South American country suddenly changed, similar to the plan to be implemented. Ukrainians, with more visas but stricter criteria for granting them.

Meanwhile, with Nicaraguans, differences prevailed with the Daniel Ortega regime and the Central American country is accepting migrants who pass through Ciudad Juárez, which until now had not happened.

Additionally, says Ramos, at the Summit of the Americas, held in Los Angeles in June, an immigration agreement was reached that raised hopes of openness.

“A series of issues were raised which, from my point of view, have been an incentive for human traffickers to fuel the processes of migration and labor mobility in the US,” he explains.

And the fact is, he insists, conditions are right for the migrant flow to the United States to continue.

“Most countries are looking at them as an alternative to get resources (through remittances) which unfortunately, in many cases, do not generate growth or development. And the United States, which is in the process of economic recovery , It will require both skilled and unskilled labour. A bit of control comes into play, but I try too,” he says.

Ramos points out that control and prohibition measures have not been effective in stemming the waves of migrants.

“These populations continue to head to the border to try to reach the US. The trend is that 25 percent of detained migrants try to cross the border more than once,” he says.

And of those who try, between 35 and 40 percent, he estimates, manage to get in.

“That’s where family networks come in handy, but above all networks of human traffickers. It’s part of their business,” he says.

Kolff experts point out that nearly 80 percent of arrests of irregular immigrants trying to enter the US from Mexico are concentrated in Texas, whose government has responded by strengthening border security controls to block the passage of undocumented immigrants. .

The issue of deporting immigrants, he warns, has become a political banner of confrontation with the Democratic federal administration, around which it has rallied practically all Republican state governments.

He says, “Governor Greg Abbott (Republican) has been pushing an agenda for two years that has had an impact in the recent US midterm elections.”

“What he proposes to the federal government is to declare that the Texas border is a chaotic border, in peril, apparently with full political meaning.”

Ramos predicted that Abbott would continue to politicize the issue until the next election.

“It is part of their political agenda,” he says.