Mike Marley Was Boxing All The Time – NY Sports Day 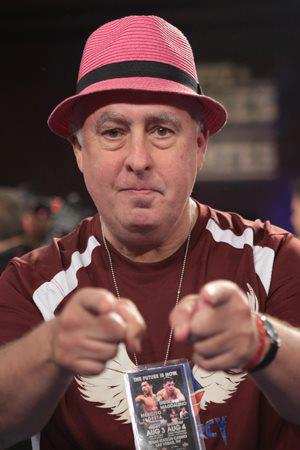 I received the news late Wednesday afternoon about the passing of Michael Marley. “Mike” as we referred to him at ringside for many of the historic and not so significant fight cards in New York and other venues. The past few years we lost contact because Mike could not attend the fights having succumbed to illness and at 72 years of age, he battled his fight at home up in Cape Cod.

Yes, he was a fighter and so much a part of the boxing industry as an acclaimed writer of the sport, publicist for Hall of Fame promoter Don King, manager and adviser for prominent fighters, and he went that extra mile to assist them in need of legal assistance.

Many were also aware, as I was over the years, Mike was a successful criminal defense attorney in New York. His award winning columns were a part of a 12-year legacy with the New York Post, and later with websites that are now a dominant part of writing and reporting about the sport.

Mike Marley was the old school writer that is hard to find today at ringside with an increasing trend of bloggers and blogs that consume the industry more on a daily basis. He challenged the promoters, asked the tough questions, and it showed with those weekly boxing columns that were once a mainstay among the New York City tabloids.

So this is a tribute to a longtime friend. Mike Marley, an amateur fighter and originator of the Cassius Clay Fan Club (Muhammad Ali) who deserves a tribute and hopefully at the next fight will receive the customary 10-bell count for those who have passed on in the sport.

There was Marley, my late mentor Bert Randolph Sugar, Michael Katz (NY Times), Pat Putman (Sports Illustrated), Wally Matthews (Newsday), Dick Young (Daily News) just to name a few at ringside. We met in the press room areas that hardly exist when covering the fights today. We ate a meal, talked about the fighters, our editors, colleagues, had a laugh, and went to work.

Read Also:  Ravens coach John Harbaugh, entering the final year of his contract, is expected to sign a contract extension.

But it was always Mike Marley leading the conversation and the highlight was the nearest pub after those stories were filed on typewriters. Yes, remember before the advent of technology we dictated our copy to desk associates in the newsroom.

Mike, though, was always the last to arrive at the pub because there was business to finish. He was getting a last minute piece of information to fill in for the story that was completed on deadline, or for column content.

And if Don King was nearby, you knew Mike Marley would be detained. Marley was detailed and King would fill his ear with boxing buzz that an old school journalist kept confidential. In later years, the attire was more casual at ringside and Marley was not seen often. He stayed in the background, became an observer, and continued to work with his one man law practice. But the words and wisdom were always a phone call away.

So as a rookie reporter at the time, (I traveled the circuit in New York with the tabloids and wire services covering boxing) Mike Marley became a part of my attention. The working relationship grew with Bert Sugar because if you sat with Bert, it meant you were a part of the boxing fraternity.

I recall the prominent fighters, promoters, matchmakers, trainers, and how they gravitated to Mike Marley at ringside or at the organized post fight press conferences.

Once, Marley told me to “Shh” because he needed to hear what King had to say after Hall of Famer Felix Trinidad called it quits at Madison Square Garden in January of 2008, a 12-round unanimous decision loss to Roy Jones Jr. that Marley said was not “Tito” who won world titles in three weight classes and considered the best fighter at the time from Puerto Rico.

I asked Marley his opinion: “You’re a Bronx guy,” he said. “You know how to hang tough.” To me, though, that was not the answer. But that was a Mike Markey statement and a good one because he knew when a fighter had sustained enough punches to call it quits.

Read Also:  Short runs from Virat in IPL and T20I, yet how did SRH join 10,000 club before captain Warner Kohli? Learn

And fighters would always ask his opinion. They received his legal advice when a contract went on the wrong side. They asked for advice about challenging a controversial decision and he would say, “Go for it.”

So, the boxing fraternity has lost another legend, though many say that Mike Marley had his way with words and if need be, would have taken a fight of his own in the ring. He loved the sport and those boxing columns of many words and insights showed his passion.

He wasn’t enshrined in the Hall of Fame up in Canastota, New York and should be, as an esteemed writer of the sport. Instead, Mike Marley was all about boxing and could care less about the awards and accolades. He petitioned that fighters get pensions after retirement. He always had the fighters as a priority because, without them there is no sport of boxing.

With me, it was always about how I was, the family, and to stay tough because I was from the Bronx. He and I had a greeting all the time when we met at ringside. It started when I always had to ask Marley a question and it began with, “Mike I have to ask you something.”

,Mancuso, from the Bronx,” Marley would say. “I have to ask you something.” The answer never came. It didn’t matter. The questions I asked would eventually come. He had no favorites in the mean business of boxing.

Gladly, though, I knew I was one of the favorite people who Mike Marley got to know over the years. He was old school, as I am. We had that in common along with our passion for the sport of boxing that can be nasty and at times difficult to find the truth.