Mike Preston: The Ravens have many needs. Some swag should be near the top of the list. , COMMENTARY 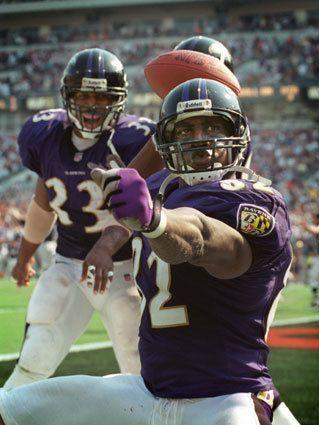 It’s been nearly 10 years since the Ravens won their last Super Bowl, and they still haven’t been able to replace the star talent on that roster.

They didn’t need to find eventual Hall of Famers like linebacker Ray Lewis or safety Ed Reed, but rather some players who were simply able to lead through their play, engaging personality, toughness, or a combination of all three.

Regardless of the injuries in 2021, the Ravens need a few more top-quality players who can push them over the hump, or they won’t go far in the playoffs. Right now, they are stuck at the bottom of the top tier in the NFL because of the lack of game-changers.

And the Ravens had quarterback Lamar Jackson.

And the Ravens had Jackson, who missed the final four games with a bone bruise in his ankle.

That’s not a knock on Jackson. He is exciting and explosive. But he also needs to take another step in his development as far as reading defenses and throwing to become a complete quarterback. And then there is the immature side of Jackson, which is why front office members will be holding their collective breath during the offseason.

The Ravens have tried to increase their number of impact players since the Great Purge of 2012 when they parted ways with such dominant players both on the field and in personality in Lewis, Reed, receiver Anquan Boldin and safety Bernard Pollard. But it just hasn’t worked out.

Tight end Mark Andrews is a good player, but he can’t catch, run and certainly dance like Kansas City’s Travis Kelce. Both Jackson and Ravens receiver Marquise Brown are scaled-down versions of Chiefs quarterback Patrick Mahomes and receiver Tyreek Hill. The Ravens don’t have a pass rusher like Pittsburgh’s TJ Watt or the Buccaneers’ Shaq Barrett.

The Ravens have a lot of needs — like every team at this time of year — but there are some other missing ingredients like tough guys, leadership and mentors who are willing to call out other players when it is warranted. The Ravens need more swag.

In other words, they are too bland.

Besides Jackson, the other top playmaker is cornerback Marcus Peters, but he missed the entire year because of a torn ACL in the preseason. Not only is Peters one of the smartest players on the field every Sunday, but he also challenges the coaching staff and “dog cusses” his teammates if they play poorly.

It doesn’t always look good on the field, but he plays with an edge.

There was similar hope that cornerback Marlon Humphrey and second-year linebackers Patrick Queen and Malik Harrsion might step into leadership roles, but Humphrey hasn’t played well since signing a five-year, $98.75 million extension in October 2020. Queen and Harrison need to be more concerned with their tackling before they can emerge as leaders.

Defensive end Calais Campbell is a leader in a quiet sort of way, but he and nose guard Brandon Williams are on the downside of his careers, as is cornerback Jimmy Smith. JK Dobbins might become a top running back in the NFL but has yet to show consistency.

But this isn’t all about playing ability, and the Ravens’ history proves it. In 2000, tight end Shannon Sharpe was past his prime but became a face and voice of the organization. Lewis was the best player in the NFL, but the toughest guys on the team were defensive linemen Sam Adams, Tony Siragusa, Michael McCrary and Rob Burnett.

In 2012, Lewis’s best days were behind him but when Lewis spoke, all the young guys listened. If he recited scripture and put his hands on a player, miracles would soon follow. Ask receiver and return specialist Jacoby Jones. Boldin was the cranky perfectionist and the two craziest players on the team might have been both safeties, Pollard and Reed.

What did they all have in common? Strong personalities.

Some will say that the Ravens are victims of their own success. When they struggled in the early years after the move from Cleveland to Baltimore, they used top draft picks on offensive tackle Jonathan Ogden, cornerbacks Chris McAlister and Duane Starks, outside linebackers Peter Boulware, Terrell Suggs and running back Jamal Lewis.

But the Ravens also got a defensive tackle Haloti Ngata at No. 12 in 2006, Reed at No. 24 in 2002 and tight end Todd Heap at No. 31 in 2001. Some of the top free-agent acquisitions through the years were Siragusa, McCrary, Sharpe, safety Rod Woodson and receivers Steve Smith Sr. and Derrick Mason. You could find them if you got money to buy them.

When you look through this current Ravens roster, they have enough talent, especially with Jackson, to win 10, 11 or 12 games a year. And since they are committed to Jackson for at least one or two more years, they have to find another way to get them deep into the playoffs because something is missing.

The blue-collar philosophy is in place and so is the strong work ethic, but a prominent former general manager once told me: “On every team, you have to have three or four thugs on your team.”

He wasn’t talking about thugs off the street or bad characters. He was talking about rabble-rousers, guys who consistently stayed within the system but weren’t afraid to stray outside of it, guys who could talk the talk but had the confidence and swagger to back it up.

The Ravens are missing these kinds of players.

They should revisit their own history to find it.