‘Miner of the Year’ Must Recognize Workforce 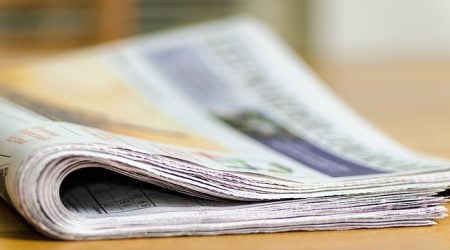 Industry accolades and bonuses to “some” must not distract Kestrel Coal Resources (KCR) from recognizing the real architects of their record production targets, their loyal workforce, says the Mining and Energy Union.

Workers at Australia’s 2020 ‘Miner of the Year’ are concerned management at KCR have forgotten those at the coalface who have lifted production from 5 m/t’s per year to 9.1 million.

In December 2021 the mine north of Emerald in Queensland cleared $100 million profit, but it seems management have started to believe their own marketing and link this success to their ‘innovation’ and ‘aggressive targets’ not their workforce.

Coal workers at the metallurgical coal mine in the Bowen Basin are currently negotiating a new enterprise agreement with KCR but are finding the mine operator is determined to entrench pay inequalities between workers doing the same jobs and strip away redundancy and other benefits.

Mining and Energy Union Queensland District Vice-President Shane Brunker says it’s a kick in the guts to some of Australia’s best mine workers.

“These coal workers are gold medalists in terms of sheer tonnage of coal cut, and profits in their employer’s bank account, yet still KCR wants to play silly games,” says Mr Brunker.

“Like most Australians, coal miners at KCR believe in same job, same pay – if you are doing the same work as the bloke next to you you should see that reflected in your pay packet.

“Workers are also miffed KCR is playing silly games with redundancy and benefits by not including them in the enterprise agreement, meaning they could be stripped away at any time.

“KCR is trying to sell the mine, which is fine, but leaving redundancy and other benefits outside the enterprise agreements means any new owner could simply ditch them.

“This is a very strange way to treat workers who put $100 million in profit into the trouser pockets of KCR in December, and they are not happy and they deserve “respect”.

“Instead of pumping up bonuses to ‘some’ and building flashy websites KCR needs to get back to their core values ​​and respect their workers and start negotiating with the people who hold the recipe for their success.

“No-one wants to ruin a perfect success story, especially when the mine is on the market, but it feels like KCR is determined to upset the applecart,” he says.

“Workers are enduring hot and humid conditions underground due to poor ventilation and working through high dust exceedances well above legislated levels to win KCR’s record profits but in return they’re being kicked in the guts.

“Workers at KCR say to me every day they just want equal work for equal pay and to lock in existing conditions of employment into their work contract but that KCR just isn’t listening.

“They just want this sorted out so they can get back to what they do best, producing record profits and winning industry awards,” he says.

/Public Release. This material from the originating organization/author(s) may be of a point-in-time nature, edited for clarity, style and length. The views and opinions expressed are those of the author(s).