MININT . says one killed and one injured in two shootouts between Cuban coast guards and US speedboats 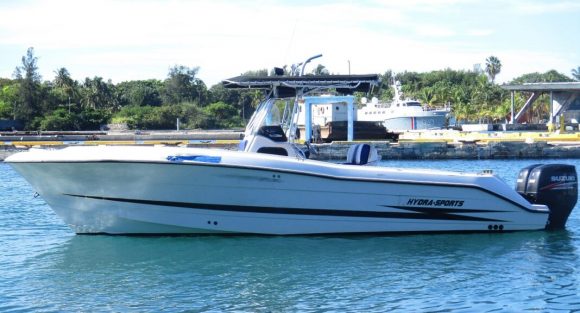 Of Exchange of fire between the Cuban Coast Guard and the United States speedboat crew in recent days At least one dead and one injured left the balance, according to a note from Ministry of the Interior (Minint) Published by official portal cubedebate,

MININT reported that during the year “they have been intercepted Human trafficking operations from Cuba to the United States 13 speedboats with 23 crew from that country”.

“In addition to the inherent danger of these events, which involve risks and loss of human life, situations of greater violence and aggression have emerged recently. Use of firearms against contingents of surface units of border troops“, said the text.

According to the note, in the afternoon of June 18, 2022 A speedboat detected from the United States while it was sailing west of Cayo Fragoso, Villa Clara, “The boat entered inland waters, headed for the Nazabal Coast, Ncrucizada Municipality. It was located at 3:28 pm. Interceptor boat of Cuban border guards“, accurate.

According to the MININT version, “During the chase, unexpectedly and at close range, one of the crew members Infiltrating boat opened fire on Interior Ministry fighters5.56-millimeter caliber automatic rifle” and “one of the officers was wounded and the surface unit of the Border Guard troops, damaged by multiple impacts”.

The note stated that “the naval medium was moving north at high speed, while the Cuban vessel ceased pursuit and immediately proceeded to evacuate the injured crew member, who received medical attention and a Performed surgical operation” after which “it is out of danger”. ,

According to MININT, it was the fact Notified in real time by the United States Coast Guard, which was asked to take action to stop the speedboat and its crew. parallel, Villa Clara MININT forces detain a group of 30 people who planned to immigrate to the United States illegally. All are “under investigation.”

In the same note, MININT stated that “in the meantime Return of illegal Cuban migrants by seacarried out by United States Coast Guard In the morning time of 27th June, One of the citizens involved in the incident was back,

In a similar incident, which happened at 02:55 am on the same day, A surface unit of border troops intercepts a speedboat, model Dakota, registration FL2670JG, Bahia Honda, three nautical miles north of Artemisa. It was also from the United States.

According to official information, “At the time he was going to be identified, criminals fired“Against the naval environment,” the crew responded to the attack “and”One of the attackers was seriously injured and later died.,

The note stated that “during the inspection of the detained boat, evidence of the use of firearms and the presence of drugs by its crew was found” and that, “as a result of the shelling, the Border Guard Troops Unit was fired with several projectiles.” Encountered “Effect”.

“within the framework of Operational Cooperation between Cuban Border Guard Troops and the United States Coast Guard Service, they were informed of the identity data of the detainees and the dead, as well as the characteristics of the vessel and the US registration. In both the cases, a rigorous investigation is conducted by the competent authorities to fully clarify the facts,” said Mint.

As is customary in the discourse of the Cuban regime, the institution attributed these events Washington Immigration PolicyWhich he described as “hostile and irresponsible”.

In the end, he accused the United States government of encouraging “action”. human trafficking operationsis held by unscrupulous elements residing in the said country, while at the same time obstructs Safe, orderly and regular emigration,