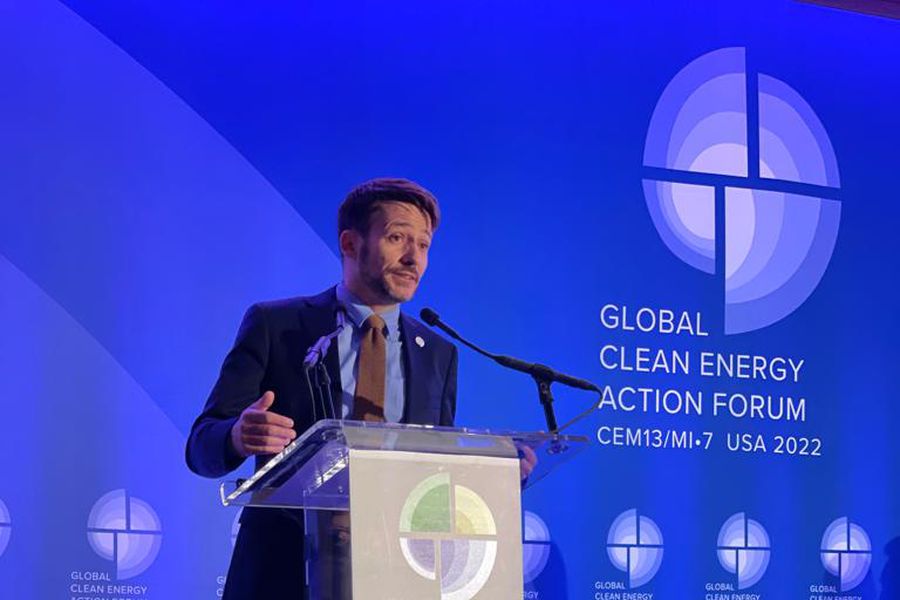 Decarbonization and public and private efforts for better development of the energy sector. Those were the concepts highlighted by Energy Minister Diego Pardo in his speech in the framework of the Global Clean Energy Action Forum (CEM13/MI-7), taking place in Pittsburgh, United States.

The head of the Department of Energy delivered his speech in front of secretaries of state from other countries’ energy, science and environment departments, as well as representatives of the private sector. There he commented on the work that Chile is doing to eliminate coal from its energy matrix and what is needed to supply that fossil fuel-based plants contribute to the electrical system.

“Today our power matrix capacity is close to 30GW. To meet our decarbonization goals and future energy demands, we need to add 30GW of capacity from renewable energy sources. We need to do it in a decade, ”said Minister Pardo.

Pardow also cited the Cerro Dominador project, the first CSP energy scheme in South America, based in Chile, pointing to the financial difficulties to launch it, which was overcome with government support, as an example of the public taking the solar complex. Placed as- Private Collaboration to Achieving Sustainable Development.

“Today Cerro Dominador adds a capacity of 110 MW, storing heat for more than 17 hours and plans to expand the project by adding another 500 MW. This, in turn, allows us to produce energy at night. but more importantly, it allows us to look at our decarbonization process optimistically. Interaction between governments, the private sector and financial institutions is the key to success in reducing emissions”, Energy said the secretary.

Pardo will continue in activities within the framework of the 13th Clean Energy Ministerial (CEM) and the 7th Meeting of Mission Innovation (MI), an example of which will generate agreements and concrete actions aimed at accelerating the transition towards the use of clean energy. wants. Tools for achieving goals in the fight against climate change.