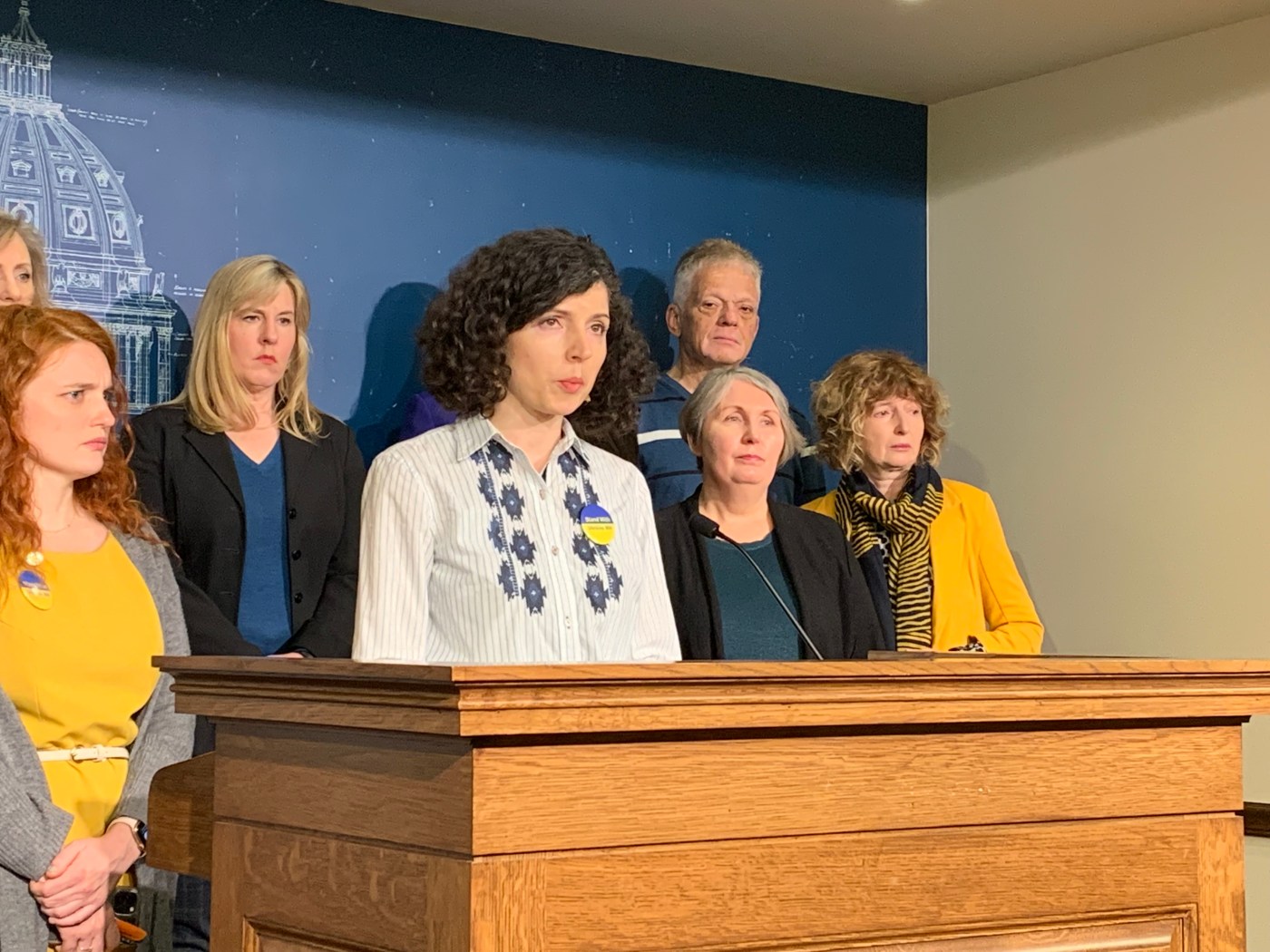 The state of Minnesota on Thursday embarked on a path to divest itself from Russia, furthering sanctions against the country for its unprovoked invasion of Ukraine.

A bipartisan coalition of lawmakers introduced a plan to direct the state board that manages public employee pensions to sell off what are estimated to be $52 million in investments in companies with business operations in Russia over the course of the next 15 months.

“We can’t allow a single cent from our state to line the pockets of oligarchs and despots who sanction the murder of innocent citizens,” said Rep. Sydney Jordan, DFL-Minneapolis, whose district includes the northeast Minneapolis neighborhoods that make up the epicenter of the state’s estimated 17,000 residents who are either Ukrainian or of Ukrainian descent.

The divestiture would be similar to strategies in the process of being adopted by other states since the Feb. 24 invasion and is modeled after similar sanctions the state has been taken against Iran and Sudan in recent years. Divestitures are generally done gradually to reduce the potential for shock to an investment portfolio.

It appears likely the bill, which has widespread support, will take at least a week—perhaps several—before it could be voted on and sent to Walz, who supports the idea. To put the $52 million in Russian investments in context, the State Board of Investment manages assets with a total market value of $135.7 billion, as of Dec. 31.

Jordan said she planned to amend the proposed legislation to add Belarus — the Russia-allied nation from which the Russian army has staged many of its attacks — to the sanctions.

The sanctions are supported by leaders of the Ukrainian community, several of whom Thursday, describing a sense of helplessness spoke over their family and friends living there.

Luda Anastazievsky, who moved to Minnesota in 1990 from Mariupol — a city currently under a brutal siege of Russian bombardment — spoke of how she can “barely function” at times. She’s been unable to contact her relatives in the city, which no longer has power, heat or communications.

“Every moment, when I tend to my daily chores, I think of them,” Anastazievsky said. “I take a shower and I think, ‘They haven’t had water for one week by now.’ I fall asleep in my warm bed wondering, ‘How will they survive without heat?’ and whether they’ll be able to sleep knowing bombs could fall any moment. I make breakfast and wonder if they’re cooking outside in the cold over an open fire. That’s why this bill is very important to me: Russia has to be stopped.”

Anastazievsky has worked as a Minneapolis public school teacher for decades, so she has pension money in the state-managed funds that the divestiture bill targets. She she couldn’t bear the idea of ​​any part Russian President Vladimir Putin’s regime benefiting from any part of her nest egg.

Anastazievsky, who also serves as chair of the Minnesota Ukrainian American Advocacy Committee, has been among several local Ukrainian and Jewish leaders who have met with Walz to push several other possible ways for the state to aid Ukrainians. Among the ideas, she said: welcoming Ukrainian refugees to the state, purchasing medicine for citizens there, and sending body armor.

At a news conference Thursday that included senior lawmakers of both parties and both the House and Senate, several lawmakers commented on how rare it is these days for such clear bipartisan agreement — an unforeseen effect of the decision by Putin to invade that has been reflected across the nation’s political spectrum, as well as western European and trans-Atlantic alliances.

Indeed, several local Ukrainians on Thursday said that sudden unity has been reflected in the local community as well.

As Ukrainian nationalism grew inside portions of the former Soviet republic, members of the diaspora that had settled across the world — including Minnesota here — weren’t all unified in their own feelings.

“Several years ago, there was kind of a rift,” said Dina Mikhailenko, who emigrated here from Kyiv with her husband Igor and some of their family in the early 1990s. “Some people, if they watched Russian TV, they got a different story. Maybe they thought Ukraine was the aggressor in Donbas (where Russian-backed separatists declared attempted to break away from Ukraine in 2014).”

The way immigrants identify themselves has always been nuanced, especially among the older generations, since under the Soviet Union, only the Russian language was taught in schools and religious practices were discouraged, if not outlawed. Many called themselves “Russian.” A large portion of the local population of immigrants are Jewish, although the degree to which they practiced the religion varies, while another large portion is Christian.

All those division fell apart when Russia invaded, a number of members of the local community have said.

“I always said I’m Russian — but I’m also a Jew,” Mikhailenko chuckled. “I never thought I would say ‘I’m Ukrainian.’ But now we all say it proudly.”

RELATED: Here are some ways Minnesotans can help people in Ukraine