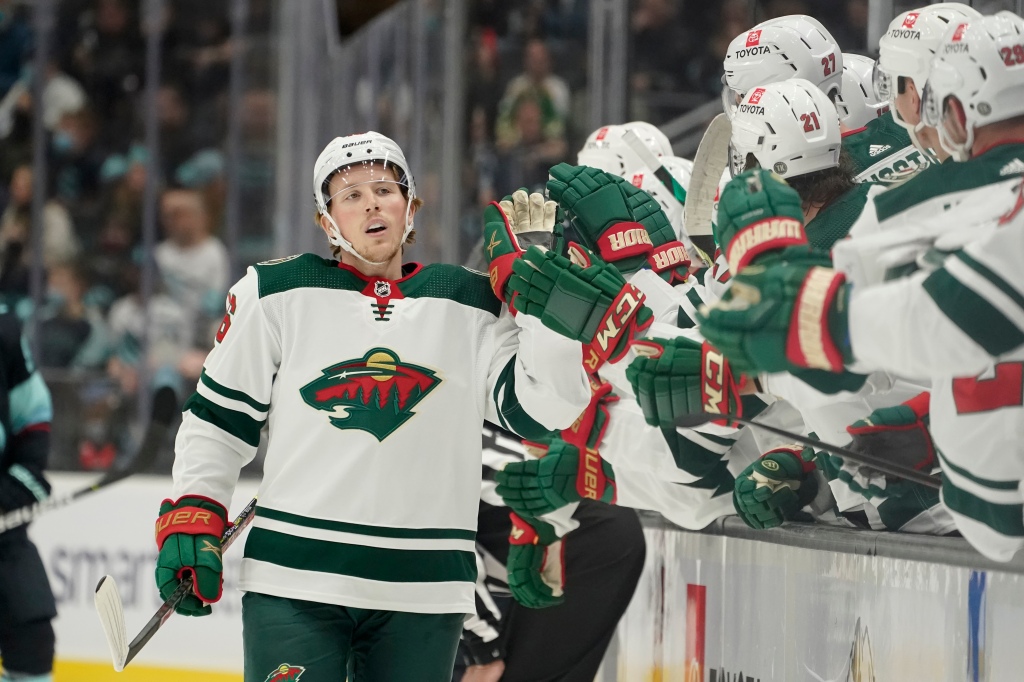 For Minnesota native Rem Pitlik, his time in Wylde’s hometown was like a supernova. It burned brightly for a short period of time and then quickly flared up.

Most remember Pitlik hitting a hat-trick during a November 13 game against the Seattle Cracken. At that moment, he looked like he could be the foundation of the future.

However, over time, Pitlik struggled to adjust to his role in the bottom half of the roster. He saw his playing time shrink, was passed by winger Connor Dewar on the depth chart, and earlier this month the Wild placed him on the waiver list.

“I’m not going to lie,” said Pitlik, who played 20 games for the Wild. “It definitely hurts. But this is business. You start working again, and you have to make new connections.”

This happened almost immediately, when on January 12, Montreal demanded that Pitlik waive. He immediately placed himself in the top half of the roster and still has a goal and an assist for the Canadiens to this day.

“I want to be that kind of player,” Pitlik said ahead of Monday’s game against the Wild at the Xcel Energy Center. “I think I have the opportunity to have more time on the ice and a different perspective on the (big game).”

Read Also:  Japan has made a comeback with the Tokyo Olympics, says the national committee member

Asked about playing against the Wild shortly after being denied the right, Pitlik called it a “weird experience” that he was looking forward to.

“I try to treat it like a regular game,” he said. “It will be interesting that now that we play with them, things have changed so quickly.”

Though he was stung by the way his time with the Wild came to an end, Pitlik doesn’t look back now that he’s a member of the Canadiens.

“I know guys go through different stages of evolution trying to get to their end,” Pitlik said. “I’m just really excited to be a part of Montreal and do my best to take advantage of every opportunity that comes my way.”

After returning to the Wild for Saturday’s victory over the Chicago Blackhawks, captain Jared Spurgeon is hopeful his injury problems are behind him. He sustained an initial lower body injury during a November 20 game against the Florida Panthers and then aggravated it during a December 16 game against the Buffalo Sabers.

Read Also:  Tanner Morgan 'fucks the most,' but Gophers QB 'drives himself so well'

“This time we just spent more time on it and slowed it down as much as possible,” Spurgeon said of his recovery process. “Obviously it didn’t work out the way we wanted it the first time, so we tweaked it a bit.”

After missing the past few weeks, goaltender Cam Talbot returned to action on Monday.

He suffered a lower body injury during the January 1 Winter Classic, and although the recovery process took longer than expected, Talbot said it was best to err on the side of caution.

“You don’t want to come back too soon,” he said. “We all talked and thought it was best to wait a few more days and feel excited and ready to go.”

Meanwhile, fellow goaltender Kaapo Kahkonen can comfortably boast a 9-2-2 record this season, as well as a 2.48 goal average and 922 shooting percentage.

Rory McIlroy has a long game