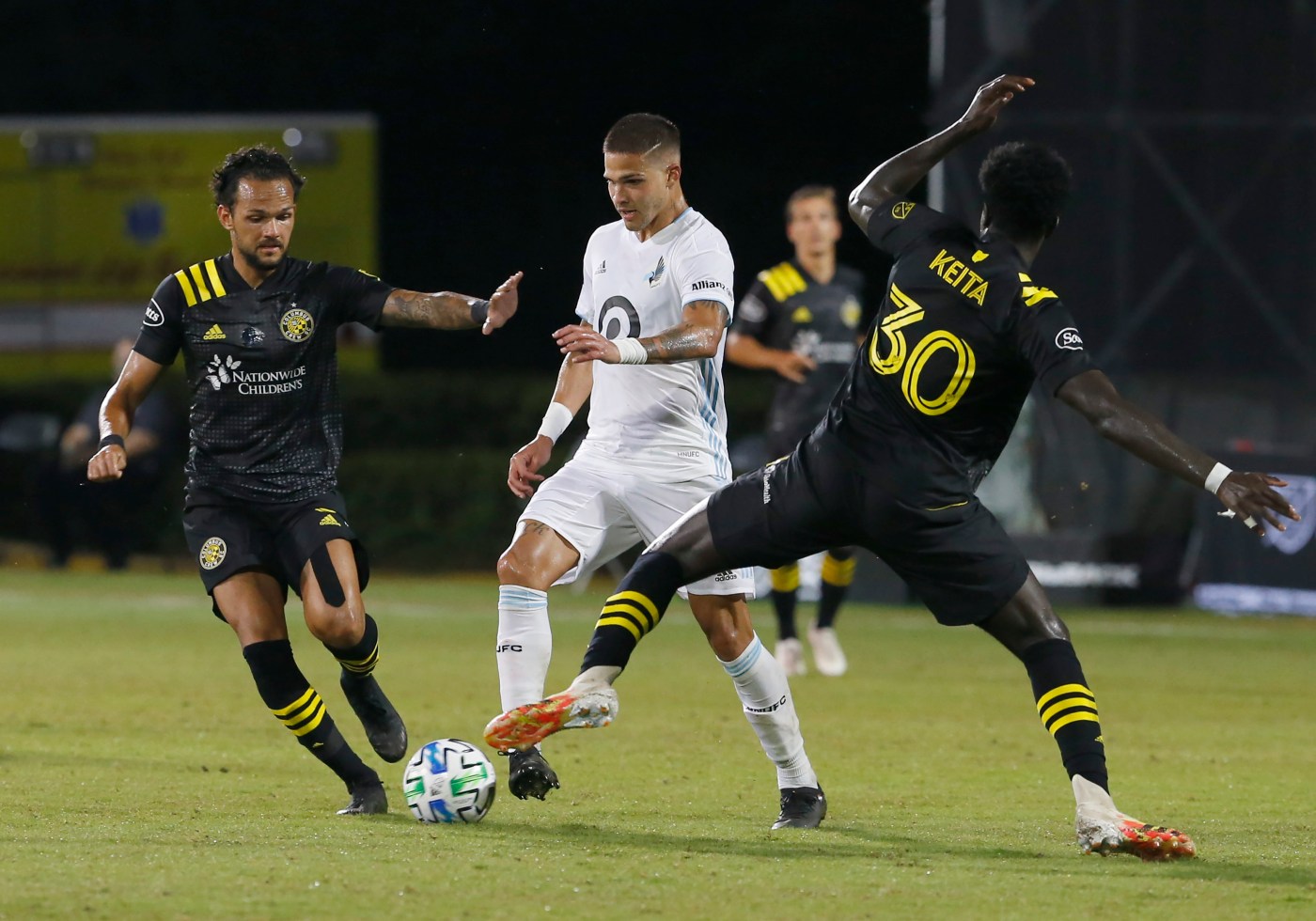 After multiple efforts across two years, Minnesota United acquired Luis Amarilla via transfer on Saturday, and the Paraguayan striker quickly showed why he was worth the wait.

Amarilla scored the Loons’ first goal in a 2-2 draw with Norwegian side Viking FK in the club’s final preseason match in Portland, Ore., on Saturday. After scoring, Amarilla ran over to the sideline to hug manager Adrian Heath.

On a one-year loan from Argentine club Velez Sarsfield in the 2020 season, Amarilla scored three goals for Minnesota, but his season was cut short by a foot injury. After the year, Loans tried to bring Amarilla back on a transfer, but he went on loan to Liga de Quito in Ecuador.

“I was really disappointed when we couldn’t keep him,” Heath said Saturday. “… We are just really pleased we got him back here.”

The Loons and Amarilla agreed to a two-year contract, with two option years in 2024 and ’25. He will occupy an International roster spot and the third and final Designated Player slot. It’s not clear what MNUFC paid in a fee to Velez for Amarilla’s rights.

Amarilla, 26, scored 15 goals for Liga de Quito as the historic club won the Ecuadorian league and played in the elite South American tournaments.

Why weren’t the Loons able to get Amarilla last year?

“You are in the hands of agents when you deal with South American players and our understanding at the time was the agent had a connection with the people in Quito and made it very difficult for us to do anything at that particular time,” Heath said .

The Loons finished 1-1-3 in five total preseason games and Saturday’s draw with Viking FK might be the most impressive going into the season opener at Philadelphia Union on Saturday.

“After the first 20, 25 minutes, we were probably the dominant team,” Heath said. “(Viking) coach has just said some really nice things about our team, which is nice.”

The third-place finisher in Norway’s top flight in 2020-21 had previously beat Real Salt Lake 4-1 and Portland Timbers 3-1 in the Portland round robin tournament. The Loons had a scoreless draw with RSL on Wednesday and a 1-0 loss to Timbers on Sunday.

In Orlando in mid-February, the Loons beat Orlando City 5-4 and had a 0-0 draw with Chicago Fire.

Trapp left the RSL game midweek with a groin injury and didn’t play against Viking, but Heath said he was confident the defensive midfielder will be ready for the season opener in Philadelphia on Saturday.

Chase Gasper left the Viking match out of precaution; the left back took a hit to the head.

Hayes suffered a hamstring injury in Florida and didn’t make the trip to Oregon. The central midfielder won’t be fit for the start of the season.