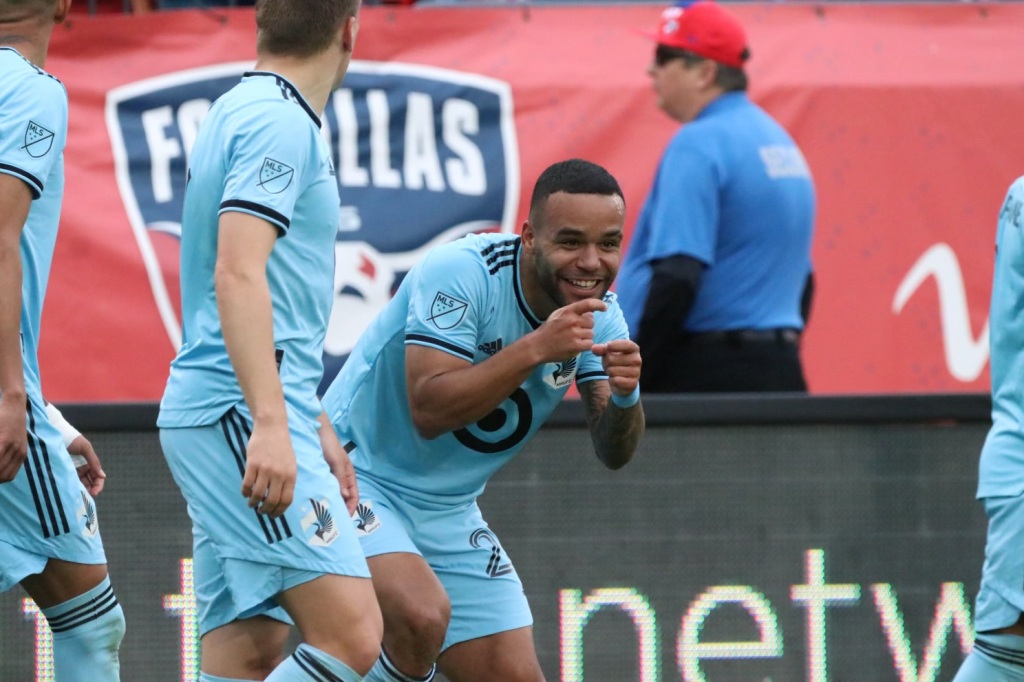 Minnesota United’s two goals on Sunday came from the most likely and most surprising sources.

Forward Robin Laud set an MNUFC record for most career MLS regular-season goals in the first half, and just behind DJ Taylor scored his first MLS goal in a 2–1 win over FC Dallas at Toyota Stadium.

Minnesota (5-5-3) ended a four-game winning streak against one of the top teams in FC Dallas (6-3-4). With a third of the season running out, the Loons were ninth and made a great stride to make the field.

Taylor made a stunner in the 55th minute when he pulled a long-range volley off a recycled corner kick from Emanuel Reynoso. It was the Loons’ first goal this season from outside the 18-yard box.

It was a great week for Taylor, a once-reserve player, who contributed his first MLS assist in a 1-1 draw with the LA Galaxy on Wednesday.

Paul Arriola gave Taylor the contest for the best goal of the game with his own long-range goal only four minutes later.

In the first half, Laud blasted a rebound goal from Reynoso’s 25-yard free kick, which goalkeeper Maarten Paes could not catch. It’s two goals in the moments after the opening intention of a set piece was broken.

MNUFC used the same starting XI in consecutive games for the first time this season. Prior to Sunday, the Loons had used 12 different starting lineups in the opening 12 games of this season.

MLS leader Dallas striker Jesus Ferreira did not start Sunday with nine goals. He was not mentioned in the club’s player availability report and came off the bench after half an hour on Sunday.

Center back Michael Boxall and midfielder Kervin Arriaga will both be suspended for Saturday’s game versus New York City. Integral players reached the yellow-card accumulation limit with the booking of the first half against FC Dallas on Sunday. …backup goalkeeper Tyler Miller was injured during the warmup, with Eric Dick taking his place on the bench on Sunday. The Loons will play Union Omaha in the US Open Cup Round of 16 on Wednesday; Miller started both previous matches for Minnesota in the national tournament this season. … MNUFC2 extended their unbeaten streak to six games against Vancouver Whitecaps 2 on Saturday. The Loons scored two goals (Andrew Brown and Tommy Williamson), but dropped their two goals in the regulation (Fred Emmings, Emmanuel Ivey) for a 2–2 draw. Emmings made two saves in PK for a 3-1 tally.

Ukraine’s leader says he wants peace ‘without delay’ in talks