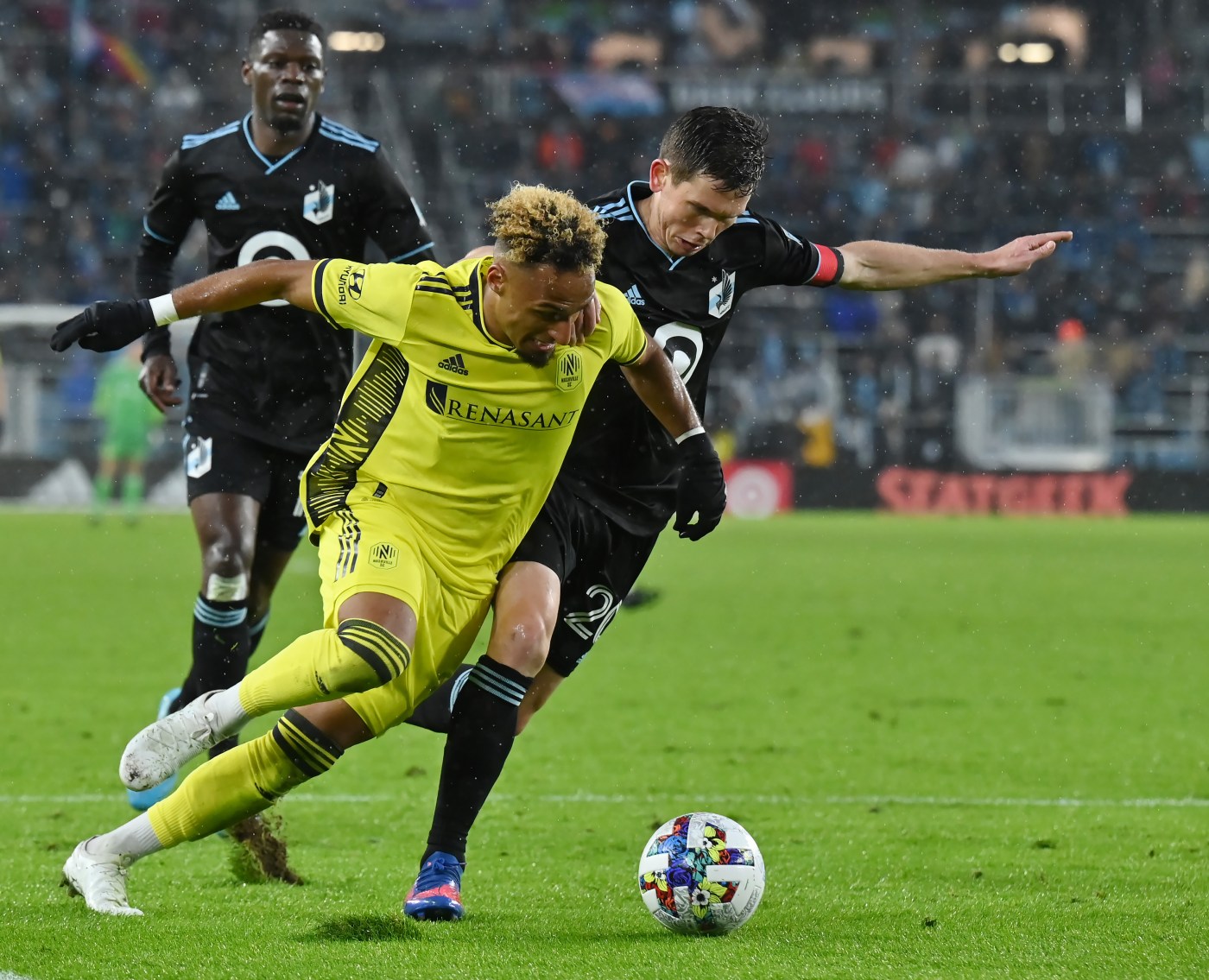 Francisco Calvo has worn the captain’s armband more than any other player in Minnesota United’s MLS history. The Costa Rican center back had it 56 times after Vadim Demidov unceremoniously took it off in 2017 and until Calvo had it yanked again in 2019.

There was outrage within the club after Calvo drew a second yellow card and was ejected from the 4-3 loss to Toronto FC that April. It would be his final game in Minnesota’s black and blue colors, and he was cast away weeks later in a trade to the Chicago Fire.

Ozzie Alonso became the Loons’ captain the following game and wore the armband for 50 games before he left as a free agent after last season.

The Loons (1-0-2) now play Calvo’s new team, San Jose (0-2-1), at 7 pm Saturday at Allianz Field with their own new primary captain in Wil Trapp. While Trapp wore the armband when Alonso was sidelined last season, he is the first option to wear it throughout the 2021 season. Saturday’s game is expected to be his 10th time as captain and third this season.

“For me, it’s not something I was pining after or searching for,” Trapp said in preseason camp. “But anytime the staff or your teammates look at you that way, I think it’s a great honor.”

“I try to connect with the guys one on one; that is where I see a lot of my strength is,” he said. “It’s sitting down after training, before training, and trying to get to know people on an individual basis. Then I feel if you build a relationship when you are on the field, you can use that to motivate, to talk to or to build that chemistry.”

For instance, Trapp tries to move around to different lunch tables, mix it up with the varying cliques. One day he will sit with the young players, the next he will spend with the Spanish-speakers.

“I’ve always found building bridges is a way more effective way of not just leadership but of being a teammate,” Trapp explained.

But how’s the native Ohioan’s Spanish?

“It’s pretty good,’ he said. “That year (playing with Inter Miami in 2020) was formative for that. Coming up here last year, I was thinking in Spanish, which first and foremost was kind of crazy.”

Longtime Loons player Michael Boxall has been the club’s captain the third-most times. He has worn the armband 31 times, including when Trapp was injured for the season opener at Philadelphia in late February.

While Alonso was the primary captain a year ago, Boxall saw Trapp lead by example, being one of the first players into the National Sports Center and staying late to do extra work. That was apparent again last week when Trapp was the first player out on the practice field inside the club’s dome in Blaine.

But the loss of Alonso remains, Boxall said. “(Alonso) was the one that truly drove us on the field and led us by example,” Boxall said. He’s a big loss from a leadership point of view. I think it’s one of those things where you can’t expect just one player to pick up where that left off. I think you need a lot of players to kind of help pull the team in the right direction.

“I think we are still kind of feeling our way out a little bit.”

Trapp views Boxall’s leadership as the strong and silent type, which carries a large presence in the locker room. “He brings that more than most players I’ve ever played with,” Trapp said. “Someone that shows up and you know you can rely on through whatever happens.”

“He has the potential in him,” Boxall said. “In midfield, the body of work, the shifts that he puts in week in and week out, especially when he’s in his best position, is pretty admirable.”

Dotson is in his fourth season as a pro and wants to take on a bigger role, but is perceptive enough to know veterans might not want to hear it. “You got to find the right balance because a lot of guys are older than you and more experienced and they have their own pride and view of the game as well,” he said. “You have to make sure they know it’s coming from the right place.”

When the Loons had to endure a 74-minute lightning delay while trailing Nashville 1-0 in the home opener on March 5, Trapp spoke up inside Allianz Field.

“They don’t want to be here,” Trapp said of Nashville as he recalled his message to teammates. “How do we find a way to rally ourselves around the point of getting a point but also even trying to win the game. That is what I was trying to stress.”

After Trapp spoke, Loons earned that point with a tying goal from Dotson.