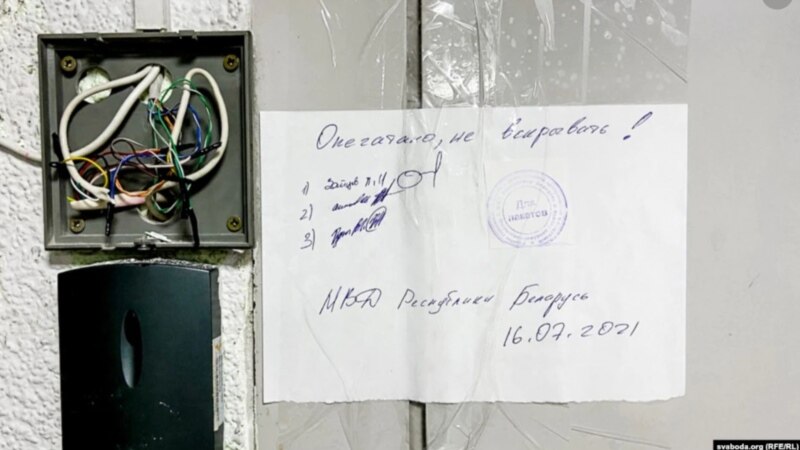 The Ministry of the Interior of Belarus has added the RFE/RL’s Belarus Service, locally known as Radio Svaboda, to its registry of extremist organizations, under authoritarian ruler Alexander Lukashenko’s continued dominance over free media and civil society. Protests against the claim led to him winning the presidency. The opposition says that last year’s election was rigged.

According to a statement issued by the ministry on 23 December, “a group of citizens connected through the Internet resources of Radio Swaboda was determined to be an extremist group.”

The move means Belarusians who subscribe to online radio Svaboda could face up to six years in prison.

The move comes nearly three weeks after a Minsk court designated Radio Svaboda’s official Telegram channel and some of the broadcaster’s social media accounts as extremists.

Authorities in Belarus have declared hundreds of Telegram channels, blogs and chat rooms “extremist” as the country engulfed protests since the August 2020 presidential election, which gave Lukashenko a sixth consecutive term.

In response, the government cracked down on the pro-democracy movement, arresting thousands and driving most of the top opposition figures out of the country. There have also been credible reports of torture and abuse, and many people have been killed.

Dozens of news websites have been blocked in Belarus and independent media in a massive crackdown on information in the wake of the unprecedented protests.

The website of the Belarus service of the RFE/RL has been blocked within Belarus since August 21, 2020, while the accreditation of all local journalists working for foreign media, including RFE/RL, was revoked by the Belarusian authorities in October 2020 Was.

Lukashenko, who has run the country since 1994, has denied any election fraud and has refused to negotiate with the opposition on political change and new elections.

The West has refused to recognize Lukashenko as Belarus’ legitimate leader and in response has imposed several waves of sanctions against the government and other officials who have been accused of aiding and benefiting from the action.