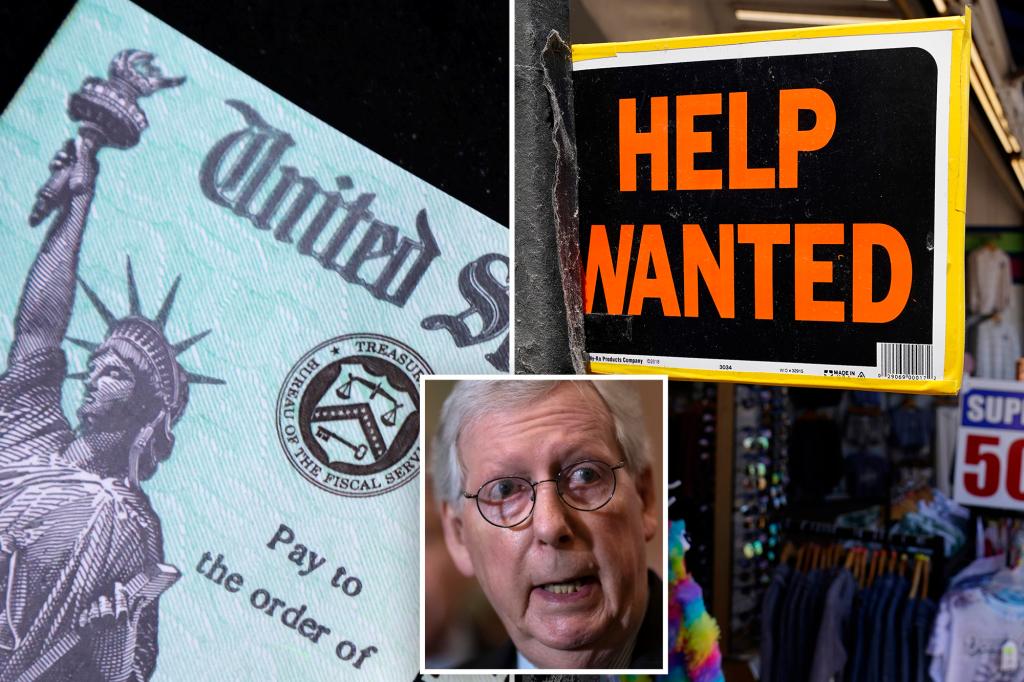 US companies are still struggling to hire workers as Americans are “flushed for the moment” because of stimulus checks received from the federal government to help them through the coronavirus pandemic, according to the country’s most powerful Republicans .

Senate Minority Leader Mitch McConnell (R-Ky.) said the labor shortage currently stifling the US economy would be resolved when Americans exhaust the money they saved from their stimulus checks.

“You’ve got a lot of people sitting on the sidelines, because clearly, they’re flush at the moment,” McConnell said during an event in Paducah, Kentucky on Tuesday.

“We hope that once they’re out of money, they’ll start to conclude that it’s better to work than not work.”

In March 2021, the Biden administration signed a rescue package into law that sent $1,400 checks to Americans. No Republican supported the measure, which passed vigorously with Democratic votes.

Republicans have cited stimulus checks as well as increases in unemployment benefits because Americans do not have enough incentive to return to the job market after the height of the pandemic.

The federal government’s pandemic aid to Americans has also been blamed for rising levels of inflation.

The Labor Department reported Wednesday that about 11.3 million jobs were open on the last business day of May.

There were 11.7 million job opportunities in April, down from a record high of 11.9 million in March.

During the same period, millions of Americans continued to leave their jobs.

According to CNBC, 4.3 million people submitted their resignations in May – just a little less than a record 4.4 million in March.

Employees are resigning in favor of higher paying jobs. According to the Federal Reserve Bank of Atlanta, wages in May rose 6.1% compared to the same month a year ago — the biggest annual increase in more than 25 years.

A strong job market is a bright spot for the economy, which is battling record levels of inflation.