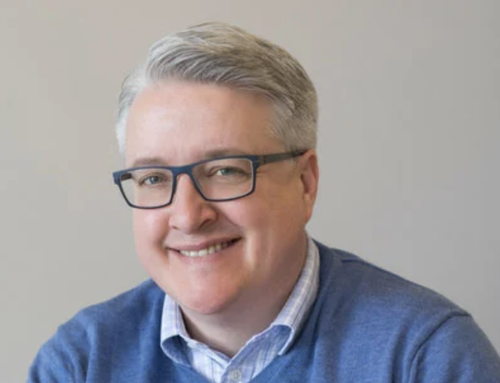 The big idea was to provide a single platform that would allow the world’s telecommunications to run applications on the “edge,” a catch-all term for any location closer to customers than your traditional data center. It hasn’t quite worked out as planned for MobiledgeX. Founded by Germany’s Deutsche Telekom in 2018, the Silicon Valley startup being remembered as some of the world’s best-known operators, instead propelled itself to US Big Tech.

But monogamous relationships like AWS, Google Cloud and Microsoft Azure are becoming monotonous by the day. After a major outage at AWS in December, Neil McRae, BT’s chief architect, tweeted, “Suckers”. He was referring to operators that plan to park their main networks in the public cloud.

Other officers have been almost as sharp. “Our view would be that it’s too risky and you’re almost outsourcing a core competency,” said Scott Petty, Vodafone’s chief digital officer, of AT&T’s decision to host its 5G network inside Azure. Said about “You need to be able to work effectively with all the major players and move the workload around.”

Easier said than done, it seems. Snapchat messaging firm Snap, a longtime customer of AWS and Google, says its systems on the two cloud platforms are “not completely redundant”. A regulatory filing last year read, “Any transition of cloud services currently provided by Google Cloud or AWS to other platforms or any other cloud provider will be difficult to implement and will cost us significant time and money.” ”

This explains why France’s Orange also balks at all deals with the public cloud. “A few years ago, everyone was saying we would have vendor lock-in with Ericsson, Huawei and Nokia and nobody mentioned Oracle and Cisco and now the light is on hyperscalers,” said Orange’s director of network strategy. Yves Belego called Light Reading the last year. “Indeed, that risk is something we’ve always been very concerned about.”

Mounting evidence of this unhappiness seems positive for MobiledgeX. Its current pitch is partly about acting as a sort of abstraction layer between a telco and any public or private cloud. This does not necessarily mean competing against AWS, Google and Microsoft on Edge, but ensuring that an operator can port their systems between their Edge clouds.

Jason Hoffman, a former Ericsson executive CEO, says late 2019 saw the realization that the public were serious about offering edge technology to cloud operators. “They’re showing the roadmap over the next three years that we do?? Of course, with the exception of allowing you to walk away from them,” he tells Light Reading. “So the way we are architectural and our sovereignty, privacy and multi-cloud stories are key elements.”

One platform to rule them all

Is the marketing pitch in line with one of the original objectives?? Establishing MobiledgeX as the edge middleware standard for the telco industry. But it raises unresolved questions about ownership and commercial strategy. Under this guise, MobiledgeX would probably be more acceptable if it weren’t owned by a single operator. Hoffman admits that its long-term existence as a commercial venture is also in doubt.

“Do our bosses want us to be like a VMware-style enterprise software company that’s IPO [has an initial public offering], or act like a charitable foundation for the betterment of telecommunications, or something in between?” he says. “We can be like Firefox and act as a non-profit foundation with a commercial arm.” can, or like chrome?? Open source but supported by Google. And on the back end are more commercial browsers like Opera. We discuss everything that causes nausea.”

The ownership structure has already changed, with Samsung and VMware leading an investment round in 2020, although Deutsche Telekom remains the controlling shareholder. MobiledgeX can also claim success in attracting operators. While few names have been disclosed, it now claims to work with a total of 26 operators. Hoffmann named Telefónica and Orange as two that “are in” the vicinity of Deutsche Telekom. The UK’s BT, in which Deutsche Telekom still holds a 12% stake, is another, he says.

Less clear is the extent of the footprint that MobiledgeX has to offer. On a per-country basis, it is currently targeting installations at between three and eight sites. “When we look at the top 15 mobile markets, it’s on the order of 80 to 90 places in those markets,” Hoffman says. MobiledgeX is also putting its controllers in availability zones for public clouds. “Increasingly, if there are locations along the edge of AWS in France, we can combine those sites with the ones we have with Orange.”

But close partnerships between certain operators and public clouds have markedly shortened the addressable market for MobiledgeX. “AT&T is very deep on Microsoft, Verizon is very deep on AWS and Vodafone is very deep on AWS, and so we do nothing with all three of those,” Hoffman says. One possible scenario he envisions is a “balkanization,” whereby each of the top three operators in a country chooses a different cloud player from the other, and the markets are driven by US Big Tech.

The growing fear of cloud “lock-in” may now dampen enthusiasm for single-supplier deals and prompt operators to seek platform alternatives. The uncertainty at this level is where MobiledgeX will end up. Hoffman says that outside of AWS, Google Cloud, and Microsoft Azure, its main competitor from a features standpoint is probably VMware, which is now an investor. “It’s partial,” he explains. “There are some things we do with VMware and there are some products within VMware that overlap a bit with ours.”

Another possibility is efforts by operators to develop in-house software tools that would prevent lock-in. Vodafone, in particular, aims to recruit another 7,000 software engineers over the next few years, adding to a workforce of about 9,000 engineers today. His role will partly be to write the code for a new telecoms-as-a-service platform, to ensure Vodafone can port its various workloads between different clouds. “You need expert teams to do this and offer a set of microservices for developers to use, or they’ll hard-code AWS or Azure,” Vodafone’s Petty said when it announced the plans.

As MobiledgeX evolves, it is guaranteed that AWS, Google and Microsoft have a far greater edge for operators than would have been envisaged only a few years ago. One trend Hoffman notes is Google Anthos’ replacement by many telcos for the ill-fated OpenStack platform, which was promoted in 2010 as a challenge to public clouds. And Google, interestingly, markets Anthos as a multi-cloud technology that already supports AWS deployments and will soon complement Microsoft as well. Like it or not, some form of coexistence with US giants has become a necessary part of any edge strategy.

How hatred of women fuels the far-right