Mobilizing migrants to polling stations in the US is a challenge 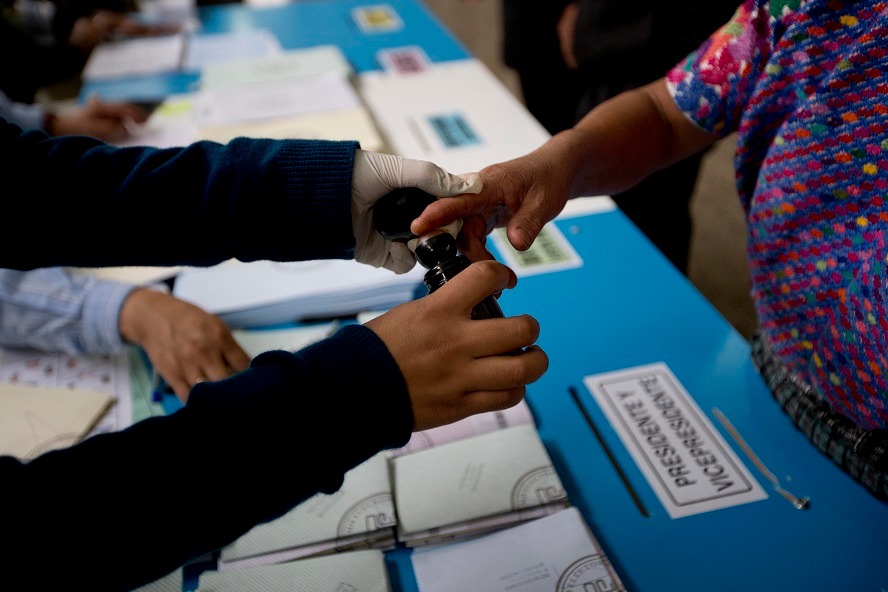 In 2019, Guatemalans abroad voted for the first time from the United States, however, only 734 expatriates cast their ballots in the first round to elect a presidential candidate, and 521 out of a total of 63,695 registered voters voted. .

As of January 15 of this year, the Supreme Electoral Tribunal (TSE) registered 80,645 citizens with active status on its website. In contrast, in the United States it is estimated that as of May 31, 2022, there were a total of 2,813,447 Guatemalans in various states.

In comparison to this figure, the National Registry of Individuals (RENAP) recorded a total of 452,983 IPR applications in the United States from 2009 to December 31, 2022. This document is necessary to cast vote.

The TSE clarified itself before the UNE party’s allegations. Details of announcements here #LaHoraDeActualizarnos https://t.co/nIVAuy67aC

With past electoral experience and the present scenario, in which only 80,645 people with active status are registered in the voter list, diaspora organizations have pointed to a series of challenges that the process of voting from abroad once again presents, What they consider a small number of people with IPD.

Immigration consultant Fernando Castro adds another factor: how complicated it will be for Guatemalans to reach the polling station.

The interviewer pointed out that attendance at polling stations in the United States required many hours and kilometers of mobilisation, an issue that the magistrates of the Supreme Electoral Tribunal could still fix, if they wanted better participation from compatriots living abroad. Want to

“In conversations with expatriate leaders, it was noted that in order for a Guatemalan immigrant living in the Seattle, Washington, United States territory to be able to vote on June 25, 2023, they would need to travel to San Francisco, California , more than 24 to 30 hours away, back and forth, which would discourage casting vote,” he said.

He said that those interested in casting their vote should consider filling their tank with gasoline at least three times on the way back and the same amount on the way back, which they believe will be enough for them. Cost can be US$320.

To this I add the payment of hotels and meals for that person, as well as for their relatives, for whom they believe that this will “discourage the interest, with the lack of disclosure of the parties’ plan of action, that this participation Predicts a new failure of the U.S. and the very high cost in transportation and daily expenditure of personnel from the Supreme Electoral Tribunal of the United States.

According to the Ministry of Education, they are working on repairs and municipalities are intervening in the water issue. Know about the announcements in detail. #LaHoraDeActualizarnos https://t.co/2rNqDPV7dp

Castro noted that a person who wanted to vote and had to travel from a remote location would have to leave on Saturday, June 24, and return on Monday, June 26.

“Having traveled approximately 2,500 kilometers, hotel payments at US$160 for two nights, totaling around US$500.00 for just one person, being practically a week’s salary, in a person who earns at least US earns $15.00 an hour, and in addition, two days’ work is lost, which increases the cost even further … It’s like leaving Guatemala City and going to Mexico City and back again to the Guatemalan capital” , They said.

Distance of more than twelve hours in one way journey

For example, according to Castro, someone living in the city of Seattle, Washington, would have to travel more than 1,500 km to Los Angeles and about 1,300 km to San Francisco, i.e. 15 to 12 hours, depending on traffic. and any other failure that may arise. Present.

Those registered with Guatemala and DPI’s who reside in Oregon will be in a similar situation. Both scenarios are a sampling of the time it would take them to travel between cities to a polling station.

Where will the polling stations be located?

Unlike previous elections, when expatriate polling stations were located in hotels, TSE reports that on this occasion the plenary session of magistrates approached some organizations and mayors of host cities to use educational centers, parks, churches, etc.

According to TSE, this will be aimed at reducing costs, the locations will be decided between January and February this year. Judge Blanca Alfaro confirmed that with this they want to reduce the amount of resources used.

Polling stations will be placed in 15 cities, which are grouped into four constituencies.

The first candidates to receive their registration have the possibility to choose their place on the ballot. Learn more details here https://t.co/xvoCThZ37e

Tse says they are close to the vote

Meanwhile, the states where the process will take place are the same as in 2019, but “they’re bringing the vote closer” to places where they register more than 500 registered voters, according to the court.

The TSE indicated that in the cases of Los Angeles, Dallas, Raleigh and Chicago, the consulates made themselves available to act as vote centers. However, it depends on the conditions of the location, facilities and regulations of the building to determine whether they will serve for that purpose.

The Social Communications Department of the TSE was consulted regarding the proposal to set up vote centers in 15 different cities in the United States.

In this sense, the following was asked: Have you considered what journeys those who are registered in more distant states will have to make? Is there a possibility of adding more cities? How did the magistrates select these places? However, at the end of this note, they have not sent any response.

donis: you can’t have a table where only two are registered

Guatemalan Luis Donis, a Los Angeles resident, told La Hora that the places where polling stations will be held have also seen a significant increase in the number of migrants compared to previous elections.

“These fifteen or four that they can put is the size of the United States and the resources are not unlimited, the question here goes beyond the work, it is that Guatemala is self-aware and wants to participate,” he said.

Amidst the jostling and jostling, many people were the first to try to hand over their files. It says TSE https://t.co/XobmNIBhoQ

He acknowledged that there is long-term work to be done, for example, he noted that Los Angeles and Southern California are the places with the most Guatemalans, but “you can’t end up having tables where only two are registered. “