Mohammed bin Salman to build skyscrapers out of mirrors in the Desert Worth IDR IDR 14,985 T 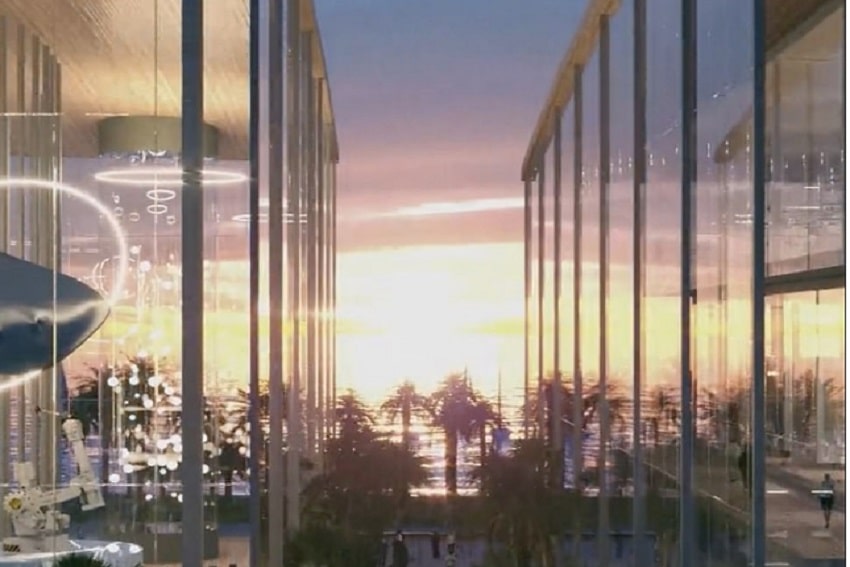 Saudi Arabia’s Crown Prince Mohammed bin Salman will build The Mirror Line, a giant skyscraper made of Mirror Line in the vast desert. The project is worth over Rs 14,985 trillion. photo/NEOM

The special thing is that this building will be made of glass glass which will spread throughout the desert and will be taller than the Empire State Building.

The Mirror Line – the name of the project – will be part of a desert town called Neom, which will be about the size of Massachusetts. The Neom project was announced by Prince Mohammed bin Salman in January 2021.

King Salman’s son started the project saying that he wanted his country to have an iconic and timeless construction project like the Egyptian pyramids.

“The [Mirror] Line is a project that is a civilizational revolution that puts people first,” he said at the time.

The Mirror Line will consist of two 1,600-foot buildings that run parallel to each other across 75 miles of desert, coastal and mountainous landscape.

Prince MBS has claimed he wants The Mirror line to be ready by 2030, although engineers say it will take 50 years to build.

The building is so tall that it will stand tall according to the curvature of the earth, and will also have a high-speed rail line running down its length.

According to wall street journalSunday (24/7/2022), if fully completed, the skyscraper will spread from the Gulf of Aqaba through the mountains, and then into a desert “aerotropolis” along the coast.

Discount of more than 80 thousand on this cheap car, price Rs 4.24 lakh, mileage up to 22kmpl

Action in El Salvador, and fears of arbitrary arrests