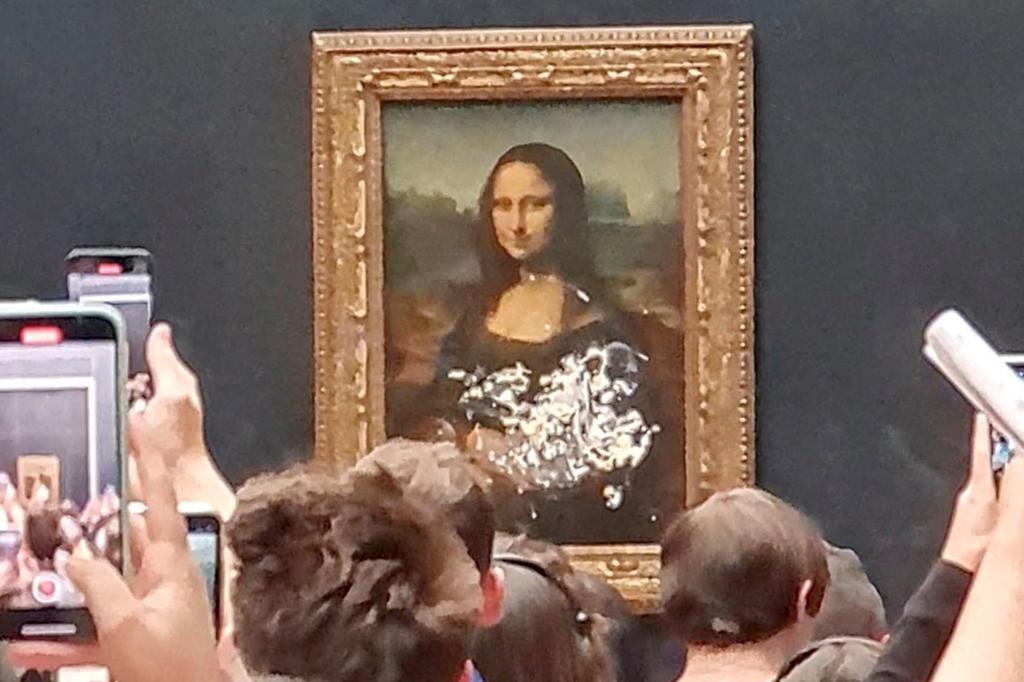 Monalisa was attacked in a bizarre stunt by a cake-throwing eco-warrior, which thankfully failed to damage her famous smile.

Videos posted on social media show a young man wearing a wig and lipstick reaching the Louvre in Paris in a wheelchair on Sunday – then leaping and attacking Leonardo da Vinci’s 16th-century masterpiece.

One witness said the man, who was not immediately identified, first tried to “break the bulletproof glass”, according to Agence France-Presse.

“He then proceeds to put the cake on the glass and throws roses everywhere before tackling security,” the witness tweeted under the name Lukey.

Other footage shows the demonstrator wrestling outside the famous museum in front of the Mona Lisa’s undamaged famous smile.

“Think about Earth,” the wig-wearing attacker called after the attack.

“There are people who are destroying the earth. Think about it. The artists tell you: Think about the Earth. That’s why I did it,” he said, without explaining why to aim for a da Vinci masterpiece.

The crews quickly wiped away the cream, which had been covered in bulletproof glass, causing a series of other attacks.

The Mona Lisa was stolen by a museum employee in 1911, and then damaged in an acid attack by a vandal in the 1950s.

In 2009, a Russian woman who was angry at not being able to obtain French citizenship threw a porcelain cup at her, breaking the cup but not damaging the glass or the painting.