Monica Valenzuela of Tecomense recognized in the United States 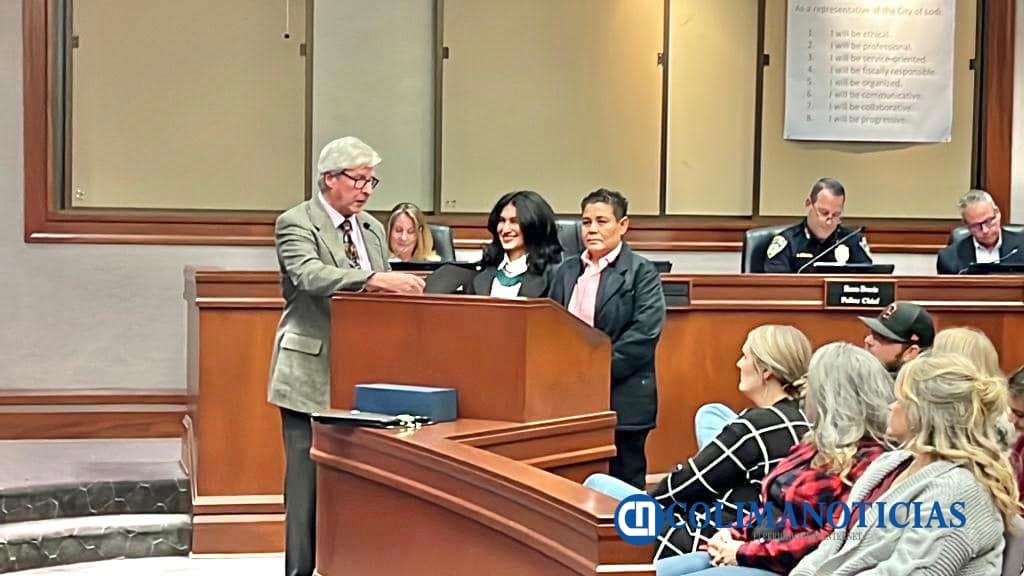 Tecoman, Col. – In an event that brought together a large number of Latinos, Monica Valenzuela Verduzco Lodi of Tecoman became the first Latina woman to be recognized for her work in bringing together the local police force and the Latino community in the USA.

Mónica Valenzuela Verduzco is a Tecomense who immigrated at the age of 25, and who this December, already at the age of 52, was recognized for her work promoting closer ties between the Latino community and the police force. Of.

Affectionately called “Monkey”, Monica settled in Lodi, one of the seven towns that belong to San Joaquin County in the US state of California. He has been running a local business “Super Tortas Chilanga” for 12 years and with the knowledge of the American system he decided to try something else.

Taking on the American program of social closeness “Coffee with the Cops”, Monica took the initiative and Mexicanized the name, “It’s about bringing other communities together and inviting them to a local business every four months, Where the company pours shells and the police coffee… this is how it was born in August 2021 shells with the policeA project that seemed impossible because in general, the Hispanic community is afraid of the police and when they have a problem they don’t ask for help, instead they panic at the thought that the police will call in immigrants and deport them.

The goal is to make it clear to migrants that the police department is very independent of immigration and that they can go to seek support, whether it is in the case of domestic violence, robbery or vehicle accident.

Every two years, the city awards this recognition. On December 7, Monica became the first Latina woman to receive:

Valenzuela Verduzco said, “It is a recognition for the City of Lodi Police Department to open its doors to inform and help the Latino, Pakistani, Indian and other immigrant communities living on the east side of the city.”

Lodi Mayor Mark Chandler delivered the document where the work of this enterprising and humanitarian Mexican woman has been formally recognized. Lodi District 4 Councilor Shaq Khan, as well as Commander Chief Sierra Brucia of the Police Department, also attended.

“I feel very satisfied in this country which opened doors for me, we decided to do it but in the way of “shelling with the police” for our bread, we invited the community to come with us and ask questions to the police. get over that they get scared when they see a police officer, we all get scared and get scared when we have an emergency, some of us because of our immigration status that is not legal and we are scared of the idea that the police are close to us, when not, the police are there to protect us in every possible way they can support,” he said.