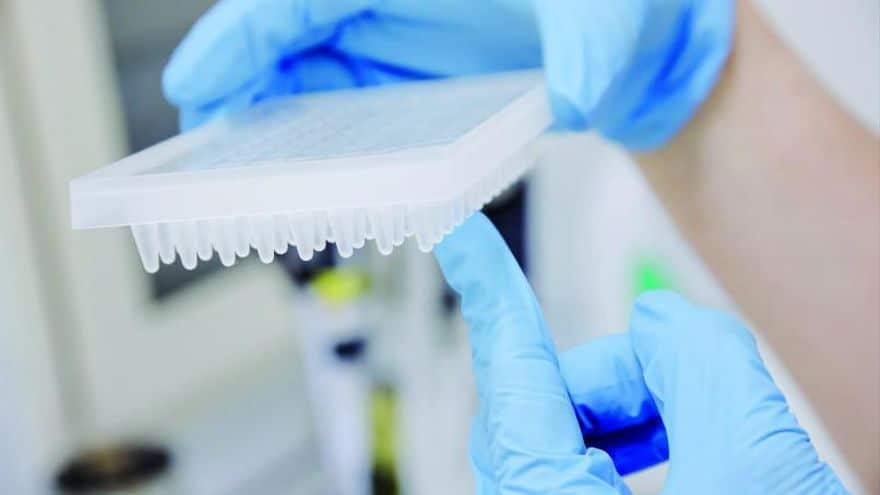 The largest study to date on monkeypox in Spain indicates that, contrary to what was previously believed, the infection spreads more easily through skin-to-skin contact than by the respiratory route. This, according to this research, is due to the fact that the highest concentration of viral load is found in the skin lesions caused by the virus (and to a lesser extent in the pharyngeal region, which until now was thought to be the driver of infectious) from the air. ). In light of this new evidence, experts call for a study of the most effective measures to limit the spread of monkeypox.

The research, published in the scientific journal The Lancet, analyzed 181 cases diagnosed at 12 d’Octubre (Madrid), German Trias (Badalona) and Val d’Hebron (Barcelona) hospitals. An analysis of these cases shows that all people affected by this disease have sores on their skin. Genital lesions have been observed in 78% of cases and in 43% of infected present lesions are in the oral region. According to the study, lesions in these two regions concentrate the highest viral load found in patients. And this, in turn, “reinforces the evidence that skin-to-skin contact during intercourse is the major factor in monkeypox transmission.”

“We have observed that infection occurs mainly through contact between skin lesions of a person carrying the virus with the skin or mucosa of another person,” said a researcher at the Hospital Germanes Trias-Fundacio de Luita Contra Les Infections. Dr Andrea Alemani explains. , “We can’t talk directly about sexually transmitted disease because we have no evidence of infection through semen or vaginal fluids,” says one of the scientists responsible for this new study.

The same hypothesis is supported by a recent study by the Spanish Academy of Dermatology and Venereology (AEDV). In that case, Spanish dermatologists also confirmed that the main route of transmission of the disease is contact during sexual intercourse. In this sense, in addition, experts pointed out that the disease can produce both pustules (small, swollen sores and usually filled with pus) and papules (small solid cysts): very specific symptoms that can be diagnosed by those affected. facility can be provided.

The study also points to a range of symptoms and “unusual features” that are affected by this virus. Among the most frequent complications, and far less reported, are rectum (proctitis), tonsil ulcers, inflammation of the soft tissues of the genitals (penile edema) and, in some cases, abscesses. One of the differential clinical pictures highlighted in this study is a clinical syndrome involving rectal inflammation in individuals receiving anal sex. In these cases, it has also been observed that patients begin to develop symptoms of malaise and fever long before the injury (although, according to experts, it is possible that patients have internal injuries that have remained unnoticed). haven’t gone).

These types of rare diseases among other diseases, experts argue, could be used as a tool to diagnose potential infections in areas with high rates of transmission. “In cities with a high risk of infection, these symptoms can help identify potential infections,” explains Alemani. “If a patient who has had close contact with a positive individual presents with general malaise and lesions suggestive of proctitis (such as pain, discharge and rectal bleeding), these symptoms may warrant a diagnostic test. There may be indicators”, indicates Scientist.

According to the study, 40% of the people affected by this disease require medical treatment. Especially to reduce the pain and discomfort associated with these symptoms. Complications of this disease are rare for now. In Spain, according to health statistics, 2.8% (139) of the detected cases are hospitalized and two have died.

Spain has already recorded 5,162 confirmed cases of monkeypox, 585 more than last week, according to data from the National Epidemiological Surveillance Network (RENAVE) published yesterday by the Ministry of Health. Cases come from 17 autonomous communities: Madrid 1,817, Catalonia 1,636, Andalusia 632, Valencian Community 311, Basque Country 153, Canary Islands 126, Balearic Islands 134, Aragon 50, Galicia 78, Asturias 49, Castilla y León 48, Castilla- La Mancha 40, Murcia 31, Extremadura 21, Cantabria 19, Navarra 13, and La Rioja 4. Again, the report does not include information on deaths or characteristics of cases that will be included in Friday’s update. Health has published an update on the report ‘Indigenous cases of monkeypox in Spain’. Rapid Risk Assessment’ where it states that, “more than two months after the spread of the virus to non-endemic countries, cases in Spain, like other non-endemic countries, are identified as fundamental in terms of relationships”. or in other situations of continuous and prolonged physical contact of a non-sexual nature”.