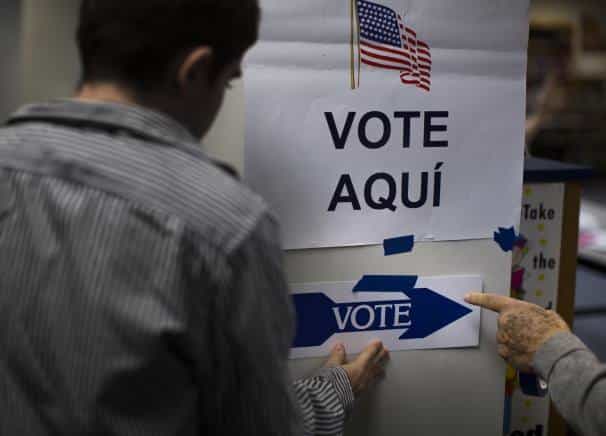 North Carolina, Charlotte – The Latino vote in Mecklenburg County surpassed 11,000 votes in the most recent midterm elections on November 8, but fell a little more than a thousand from these polls in 2018.

The data also indicates Latinos’ preferences for parties, mostly for the Democratic Party which garnered 5,295 votes, followed by Independents with 4,223, Republicans with 1,554, Libertarians with 68 and 1 vote for the Greens.

Nearly half of the 43,198 registered voters out of a total of 5,403 voters chose to do so during the early voting period.

According to the NCSBE, Latinos turned out like never before in the 2018 midterm elections, reaching a figure of 12,169 voters, or 38% of the universe of 32,062 who were registered to vote.

Comparing these results with this year’s turnout, showed a decrease of 1,028 voters, but participation was still low compared to the universe of registered voters, i.e. 26% of Latino voters turned out to vote.

The phenomenon of Latino voting in 2018 tied his motivation with the contest for the election of county sheriff.

“That year we organized over 12,000 people to vote, only to elect Sheriff Gary McFadden, who promised to get the 287G program out of jail,” he said. Latin Link NCWendy Mateo of the Latino Committee for Civic Engagement (LCED). “Voting against the deportation program motivated them to vote,” he said.

The committee’s goal this year was to get 15,000 Latinos to the polls. To this end, it organized several forums with candidates in alliance with other groups and organizations through the “Latino Tu Voto Cuenta” campaign.

The campaign culminated in two forums with the Mecklenburg County Board of Commissioners and school board candidates, which were broadcast live for the first time on the local Telemundo-Charlotte channel.

Nearly a month after the midterm elections and vote counting at the all-county level, results show Mecklenburg County is the second most Latino to vote in the state after Wake.

Whereas, at the state level, Latino voter participation was 68,071 out of a universe of 264,218, which indicates that only 26% of registered Latinos went to the polls.