More than 140 killed in floods in Congo’s capital 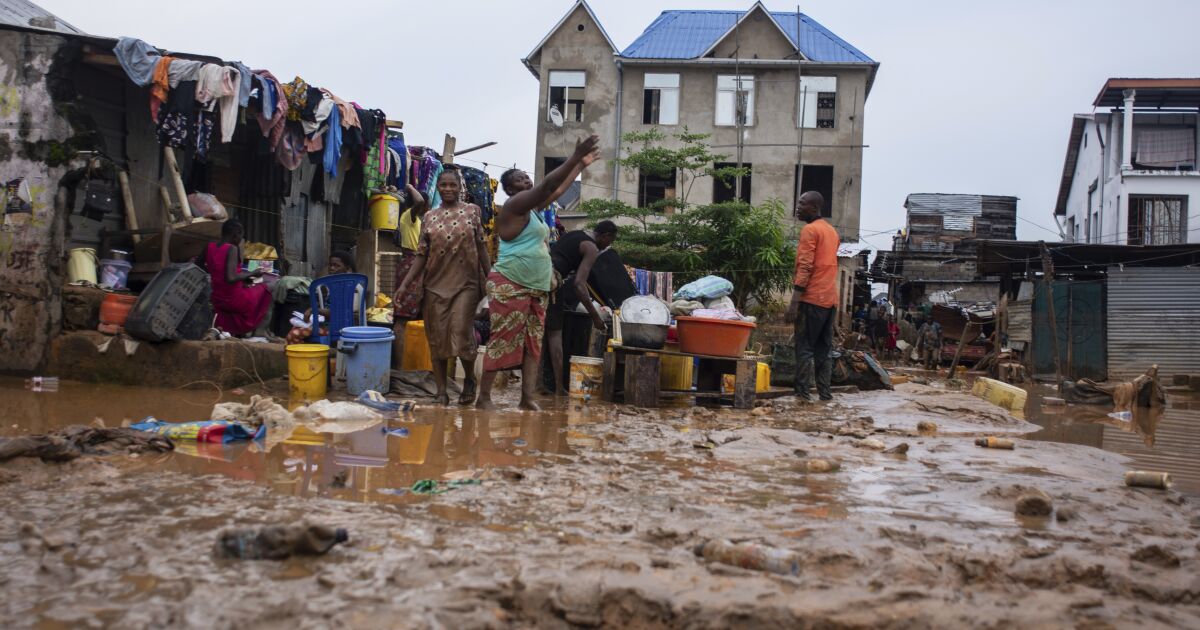 The death toll from widespread flooding and landslides in the capital of the Democratic Republic of the Congo has risen to more than 140, the government said on Wednesday.

At least 12 other people are still missing in Kinshasa, but the government is not sure if anyone has been found alive.

“There is no hope of survival,” Health Minister Lisa Nembalemba said in a telephone interview with The Associated Press.

The government has declared three days of mourning from Wednesday.

Some 12 million people live in 24 Kinshasa neighborhoods that have been affected by floods and mudslides caused by heavy rains on Monday. According to local officials, about 40,000 houses were damaged by the flood and about 300 houses were washed away.

President Felix Tshisekedi, who is in the United States for a summit with African governments, said he was sorry to learn of the damage and called on authorities to speed up recovery efforts. “It is up to the central and provincial governments to speed up rainwater drainage work to avoid this type of disaster,” he said. He also directed the government to help the bereaved families.

In addition to the deaths and damaged homes, the rains caused damage across the city. Traffic was completely disrupted on at least one of the capital’s main thoroughfares, and much of the city was inundated.

Some Kinshasa residents said they were not surprised by the flooding and deaths, given that living conditions are poor in those areas.

“It is increasingly imperative that urban authorities seriously focus on major construction in the city to reduce the magnitude of this type of natural disaster,” said Fridolin Ambongo, the Catholic Archbishop of Kinshasa.