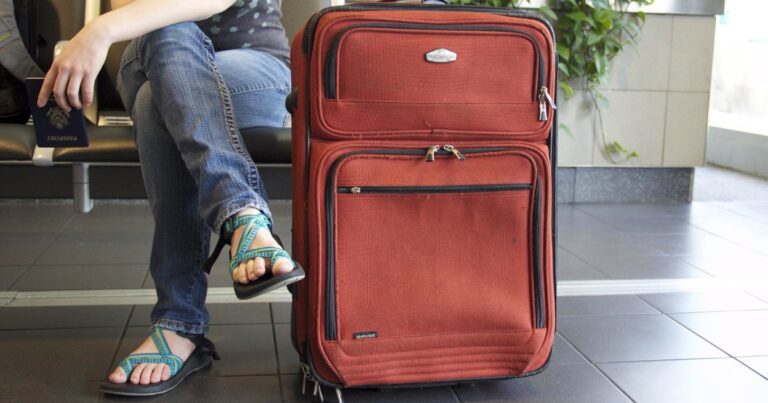 total of 817 people immigrated from Melilla abroad in 2021, Most of them (454) did it in the first half of the year and the rest (363) chose the second semester, according to the data of migrant flow. Compiled by National Statistical Institute (INE),

First, we must note that we begin with Last year, the number of Meliliens living abroad reached 8,282. More than half of them (4,912) have Spanish nationality.

Meanwhile, among those leaving in 2021, 332 people had Spanish nationality and 485 were foreign, Most of those of foreign nationality, as can be assumed, were Moroccans.

In addition, among Spaniards who emigrated from the autonomous city in 2021: 147 packed their bags from January to June and 185, from July to December, like that, 320 of them were born in Spain,

In contrast, foreigners missed 216 in the first semester and 269 in the second semester.

On the other hand, Last year more than half of the total number of migrants were men, in fact, 480; and the remaining 337, women, Among the Melillan immigrants, that is, of Spanish nationality, there were 176 men and 20 less, 156, women. On the basis of sex, among foreigners they were divided into 304 males and 181 females.

Also according to INE records, The nationalities of the 110 people who left Melilla going abroad were related to one of the 27 EU countries (EU), except Spain. Here, the largest influx was concentrated in the Netherlands, with 37 migrants; This is followed by Belgium and France, two destinations known to host a significant number of people of Rif origin, with 20 in both.

Then, 15 people of German nationality appear; Whereas, already below 10, five were placed from Portugal; three from both Denmark and Italy; And two from Romania and the same number from Ireland.

At the same time, with only one, Poland, Lithuania and another EU country were placed. However, none were registered, for example, in countries such as Bulgaria, Finland or Sweden.

other thing, 13 were destined for European countries outside the European Union, 27, In this case, seven went to Norway, five to the United Kingdom and one from the rest of Europe to another country. No one had the nationality of Ukraine, Switzerland, Russia or Moldova.

For Africa, America, Asia and Oceania

Within the migration overseas from Melilla in 2021, 345 matched African nationals. As already mentioned, almost all of them, in particular, 342, corresponds to people of Moroccan nationality,

Of the remaining three, one was from Nigeria and two belonged to an African country other than Algeria, Gambia, Ghana, Guinea, Equatorial Guinea, Mali, Mauritania and Senegal.

immediately, Two of the immigrants had American nationalityThat is, none of them went to the other two North American countries: Canada or Mexico.

Similarly, last year no one left Melilla of Central America and Caribbean nationality, the last region where Cuba is located, for example. The third country with the largest increase in population of Spanish nationality in 2021 after the United Kingdom and France.

At the same time, a dozen of those who left Melilla had some South American nationality: four from both Brazil and Chile; And one from Argentina and one from Colombia.

At the same time, only five from Asian countries had nationalities, specifically all from China.

Finally, none of the expatriates had the nationality of any country in Oceania.

As expected, restrictions imposed in the first year of the pandemic reduced migrant flows abroad. a) yes, In 2021, 333 more people emigrated from Melilla than in 2020When only 484 did so: 266 of Spanish nationality and 218 foreigners.

However, in 2021 even more people will have migrated in the year before the health crisis, when a total of 502 people did, or whichever is the same, 315 less than the previous year. The majority of those who migrated from the autonomous city in 2019 were of foreign nationality: 311 people. The remaining 191 were Spanish.

According to INE, the number of people of Spanish nationality living abroad reached 2.742.605 In early 2022, According to data from the Register of Spaniards living abroad (PERE), This figure shows an increase of 3.3% (87,882 people) compared to the figures for January 2021.

by continent, 59.0% of those registered had residency established in the US37.2% in Europe and 3.8% in the rest of the world.

Two out of three new registrations in PERE during 2021 corresponded to people born outside Spain,

Meanwhile, the number of registrations of women living abroad is 29,695 more than that of men. By continent, the Americas, Europe and Oceania had higher numbers of females, while Africa and Asia had higher males.

31.1% of Spaniards living abroad were born in Spain, 58.0% in their current country of residence and 10.6% in other countries.