More than two million Dominicans in the US suffer from the arctic cold; 34 people have died 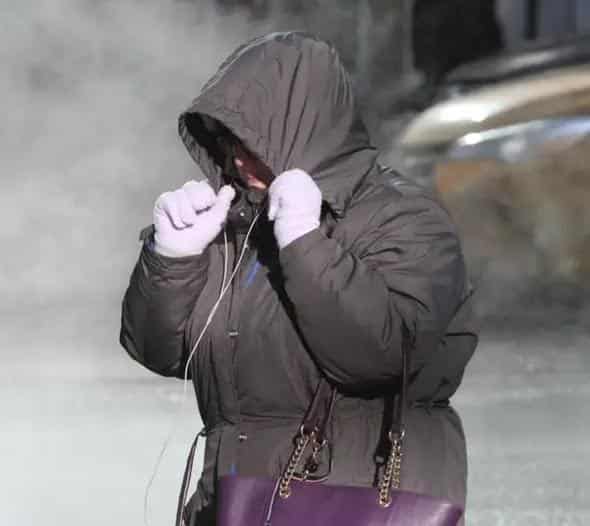 NY.- Nearly one million Dominicans living in this state are suffering from arctic cold and other inclement weather during these Christmas holidays.

More than 200 million Americans are estimated to have been affected by the arctic cold since last Thursday, officials report.

In addition, thousands of flights were canceled and more than 100,000 were rescheduled, disrupting travel for millions of Americans to various parts of the world, including thousands of Dominicans who intended to travel to various states and the Dominican Republic.

The National Weather Service defines a “bomb storm” as a “once in a generation” weather event.

Feeling as cold as minus 20 degrees Fahrenheit, with winds of more than 90 kilometers per hour, at some point, with cold temperatures, a thermal sensation felt by humans, due to the combined effect of air temperature , relative humidity and wind speed.

These cases have occurred in the northern part of New York State, where up to 43 inches of snow has fallen and the airport will be closed until Tuesday; Other similar situations have occurred in other places, including Michigan, Illinois, Ohio, and Rowley Island.

Last Saturday, in the Big Apple, where more than 800,000 Dominicans live, it peaked at 7 degrees, but with the wind factor felt as low as minus 10 degrees in the early hours of the morning, rising to just 16 degrees during the day. .

The most brutal cold snap to hit NYC and the USA in over a century occurred in early January 2014, with temperatures reaching minus 27.5 degrees in Central Park-NY and the city of Comertown in the state of Montana. , but minus 52.7 degrees.

The National Weather Service reports that more than 200 million Americans are currently affected by the cold.

Temperatures will be below freezing point (33°) for several days and in contrast we will have highs of 50 degrees for New Year’s Eve and New Year’s Day.