President López Obrador assured that there was peace in Sinaloa but that the military presence would be maintained and stressed that Governor Ruben Rocha assured him that there were no more blockades in the streets after the clashes on Thursday, 5 January. AMLO also condoled the death of some members of the armed forces.

Rosa Isela Rodríguez, head of the Civil Protection Secretariat, reported yesterday’s violent incidents in Culiacan, Sinaloa, as well as the arrest of Ovidio “N”, son of “El Chapo” Guzmán. He noted that “we did not come to win wars, but we came to establish peace” and that the operation demonstrated a new process of security strategy, as well as that no criminal organization supported this government. does.

He also said that the institutions of the federal government work permanently on their side, always in strict compliance with the law, “Focus on families and their safety, it is our priority,” he insisted, and false information from citizens. Called not to share.

For his part, National Defense Secretary Luis Crescencio Sandoval said that during the early hours of January 5, a National Guard patrol detected 6 suspicious vehicles in the municipality of Jesús María in Culiacan, the National Guard sent people to bring Tried to coax them out of the vehicle, they were the object of an armed assault and the presumed perpetrators fled. So the contingency planning began.

Mexican Army and National Guard personnel, acting according to protocol, attacked three houses from where they continued shooting, initially killing 7 soldiers and wounding 9 of them. So far there have been no reports of civilian casualties as a result of these operations.

The head of Cedena explained that during the operation to capture Ovidio “n”, 10 elements of the armed forces and 19 attackers died; 35 jawans were injured.

The bombers had machine guns, so it was necessary to provide support from aircraft. Cells of the criminal group carried out blockades and shots in Culiacan, however, they did not achieve their mission of rescuing Ovidio “N”, mentioned by Luis Cresencio.

The captives were transferred to Mexico City (CDMX), specifically the FEMDO facilities, remaining at the disposal of the Ministry of Public Affairs. Following the incidents, 3,586 members of the Army and National Guard were deployed in Sinaloa to protect the population.

Interior Secretary Aden Augusto insisted he had been arrested Ovid “n” For carrying weapons for the exclusive use of the military, attempted murder and “others”, he indicated that they were placed at the disposal of the Attorney General of the Republic (FGR), who executed the arrest warrant in terms of extradition and There are unified folders for federal crimes. 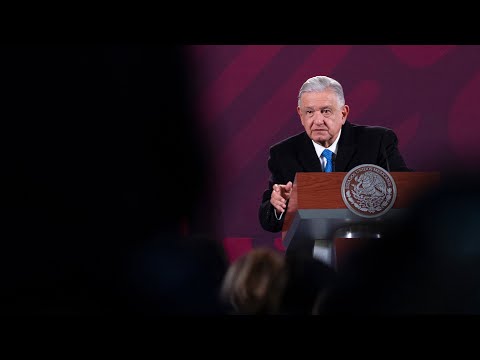 Foreign Relations Secretary Marcelo Ebrard reported an update on the agenda for President Biden and PM Trudeau’s visit to our country.

He announced that President Biden would arrive at AIFA on Sunday at 6:30 pm and would be received by AMLO. On Monday, PM Trudeau will reach AIFA at 2:40 pm and will also be received by Lopez Obrador.

The meeting will end around 6:30 pm and Trudeau and his wife are expected to reach the National Palace at 6:35 pm. There will be a tripartite dinner with the Mandalorians and wives at 6:45 pm and this will be the final act on Monday.

On Tuesday, Biden and Trudeau will arrive at the National Palace around 11:30 a.m., have a working luncheon with the delegations present at 12 noon, then begin a formal trilateral meeting at 1:30 p.m., which is expected to end at 3:00 p.m. and return to the Palace. The media will be addressed by the three leaders at 3:30 pm in the central courtyard. President Biden will depart at 3:50 PM and Trudeau at 4:00 PM.

Finally, on Wednesday at 10:30 a.m. PM Trudeau will arrive at the National Palace, have brief talks with the leaders and their wives, a private greeting between AMLO and Trudeau at 11 a.m., followed by a Mexico-Mexico bilateral meeting with Canada, which will begin at noon. Will end at 12:15. Following this, a memorandum of understanding will be signed between the Institute of Indigenous Peoples and its Canadian counterpart. He will leave at 12:55 pm and return to Canada in the afternoon.