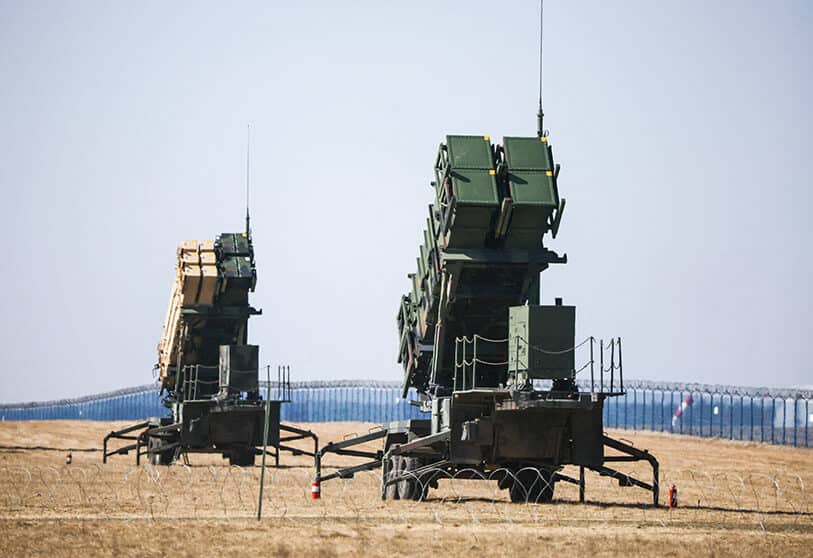 Following the recent visit of US Major General Todd Wasmund to Morocco, the US Defense Security Cooperation Agency has reported a potential new arms sale to Rabat. Morocco involved in this current collaboration will be acquired by Tactile Wireless and Ground Control Systems at an estimated cost of $141.1 million,

In this operation, the Moroccan government will also request the purchase of six Multifunctional Information Joint Tactical Radio Systems (MIDS-JTRS). In addition, and in accordance with the press release published by the agency, will be included “KY-100M narrowband/broadband terminal, KIV-78 and KIV-77 cryptographic applications, an AN/PYQ-10 simple key loader (SKL), additional secure communications and cryptographic devices” and “precision navigation equipment; unclassified and classified software, software support and support equipment”.

They indicate that the sale, which has not yet been confirmed, will help Morocco “Improve Your Ability” In relation to current regional challenges, through intelligence reports and objectives aimed at improving their “security and defence”.

These new capabilities are intended to serve as a deterrent material to Morocco, to strengthen your defensive abilities, Similarly, the new cooperation is part of the intention of the Alaouite Empire to become one of the most important regional powers at the arms level.

In this arms race that is waging North Africa, Morocco intends to continue its journey, using good relations with the United States, which is one of its main arms suppliers. Thus, this sale coincides with the modernization measures being undertaken by Rabat to continue working on equipment suitable for the Moroccan army. Similarly, the United States assures that this support “It would not alter the basic military balance in the region” nor would it “adversely affect US defense preparedness”.,

If this new acquisition takes place, Morocco will remain the largest buyer of American weapons on the African continent, Over the past decade, the Alawite Empire has improved its naval and air force capabilities after purchasing F-16 fighter jets, Apache helicopters, US-made drones and Patriot air defense systems, as well as G-550 reconnaissance aircraft.

In addition to the United States, the signing of the Abrahamic Agreement meant that for the first time Israel officially began diplomatic relations with several Arab countries, including Morocco. thus, Israel will also make a significant contribution to improving Moroccan capabilitiesThrough the sale of drones, aircraft and cyber attack systems.