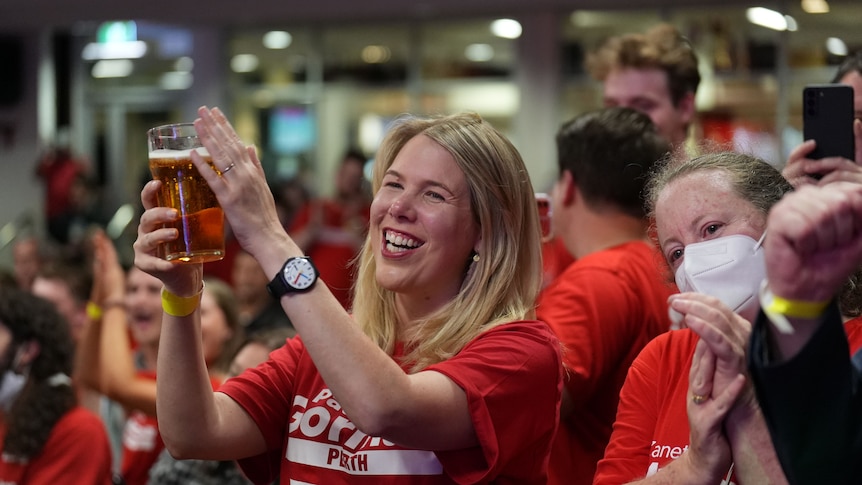 Close Scott Morrison confidante and outgoing Member for Tangney Ben Morton has conceded the popularity of Premier Mark McGowan was a significant factor in Labor’s haul of seats in Western Australia and the Liberals’ decimation.

In perhaps the most stunning result of any state in the election, Labor picked up at least four seats from the Liberals in WA — Swan, Pearce, Hasluck and Tangney — with a massive state-wide swing of more than 10 per cent.

Mr Morton, Assistant Minister to the Prime Minister and Cabinet in the Morrison government, had not been expected to lose his seat but, in a shock result, suffered a swing of more than 13 per cent to Labor’s Sam Lim, with more than 66 per cent of the vote counted.

“I think Mark McGowan was absolutely a factor in this election campaign, we haven’t seen the swings that we’ve seen in the last state election occur,” Mr Morton said.

“So less of a factor this time, less of a swing to the Labor party that we saw at the last state election. But one that obviously goes against the Liberal Party in WA.”

Liberal wipe-out across most of Perth

There has also been a swing of more than 11 per cent to the Labor party in the once-safe Liberal seat of Moore, in Perth’s north, and it is now too close to call.

If the Liberals were to lose Moore, it would leave them with no seats in the metropolitan area, with the ABC computer also predicting a win for independent Kate Chaney in the previously-blue ribbon seat of Curtin.

Liberal Andrew Hastie’s seat of Canning, just beyond the southern and south-eastern edge of the Perth metropolitan area and once held by a comfortable 11.6 per cent buffer, has been reduced to a marginal seat.

Labor had hammered home the fact Mr Morrison had once called West Australians “cave people” in relation to Mr McGowan’s decision to close the state border during the height of the COVID-19 pandemic.

It also wasted no opportunity to remind voters that the Liberals initially backed businessman and politician Clive Palmer’s challenge to the closed border in the High Court.

Mr Morton said he had not yet turned his attention to what went wrong in WA or how the party should change in the west.

But in the seat of Hasluck, which had been held by Ken Wyatt, Minister for Indigenous Australians in the Morrison government, some Liberals at his post-election function had strong views.

Some Liberals told the ABC they were angry with what they saw as a lack of party support for Liberal candidate Celia Hammond in Curtin, who held the seat for one term after taking over from former foreign minister Julie Bishop.

Ms Hammond was not Ms Bishop’s choice to replace her, but was instead the pick of former finance minister and WA Liberal powerbroker Matthias Cormann.

Others expressed amazement at the result so far in Moore and were particularly critical of the ongoing influence of “the Clan” within the party, an informal group of Liberal conservatives including Mr Cormann, state Upper House MPs Peter Collier and Nick Goiran and Ian Goodenough, the incumbent federal MP in Moore.

There was also a belief expressed to the ABC by some Liberals in Hasluck that the federal Liberals had failed to effectively explain what the Morrison government had done to address climate change issues.

In Curtin, Ms Chaney was one of the teal independents in previously heartland Liberal seats who campaigned on climate change and appealed to dissatisfaction among voters with the way the Liberal party had evolved.

“Whatever happens, the Liberal Party will need to spend some time thinking about who and what it stands for,” she said.

“We do know that communities care, including this community, about climate, corruption, long-term economic thinking and social inclusion.

“We do know there is a place for optimization in Australian politics. Whatever happens next, I now feel optimistic about the ability of community to drive change, to be heard and to make things better.”