Morrison made a gruesome bet, and his own colleagues who stand to lose 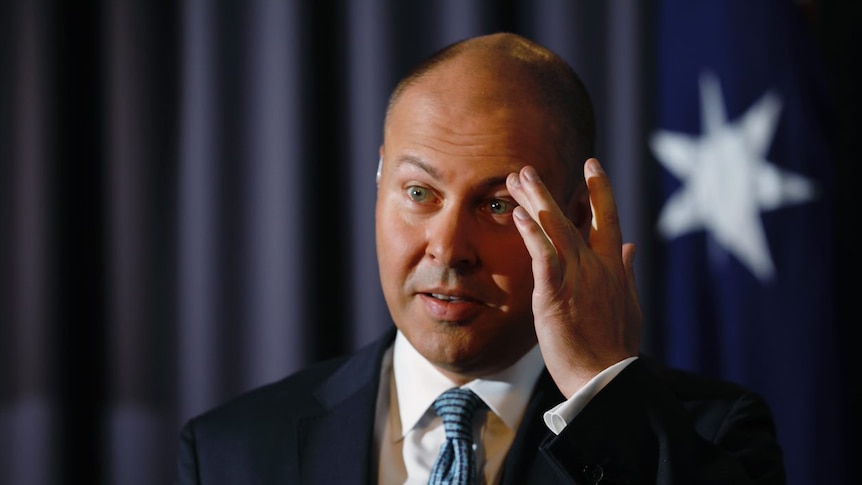 The image of what we are told are paid “promotional models”, working as human billboards, begging voters in the more prosperous parts of Melbourne to vote for the Federal Treasurer next Saturday, should probably go down as the defining symbol of the 2022 election campaign .

After all, the economy is supposed to be the Morrison government’s greatest political weapon.

Yet Treasurer Josh Frydenberg who — according to the way politicians always claim they have magical powers over the economy — should be reaping the rewards of saving a grateful nation from the perils of COVID-led disaster, appears set to lose the Liberal Party’s most iconic seat .

That this image — in Friday’s The Australian — is even a possibility can’t be sheeted home to either Labor, or the day-to-day idiocy of federal election campaigns.

Labor has, after all, adopted camouflage on all but one of the big economic policy issues in this campaign, no matter how much its most ardent supporters claim there is a world of policy difference between the parties at this election.

Beyond the positioning of its leader Anthony Albanese this week on supporting a rise in the minimum wage, Labor’s economic policy platform is, at best, designed to look like that of the government, while giving the opposition some wriggle room, if it wins the election , to do something about the budget.

That would be the budget that is in massive structural deficit, with both sides of politics saying little more than that they will bank the proceeds of a surge in commodity prices to try to reduce the deficit.

He’s under threat because of where his government, and particularly his prime minister, have taken politics in the past three years.

And he’s under threat because his prime minister, in a breathtaking act of stubborn destruction, seems prepared to risk losing government and destroy the careers of colleagues in an apparent determination to push what was once the Liberal Party into a whole new place in the culture wars over transgender children, with no seeming regard for the impact on those kids who find themselves collateral damage.

Whether or not Morrison wins that particularly gruesome bet is yet to be seen. But it is worth pausing and considering the fact he is prepared to make it in the first place.

It is often proclaimed that Morrison is a “brilliant” campaigner because of the sheer discipline and relentlessness of his message. He is certainly ruthlessly disciplined and relentless. It is true that Anthony Albanese has had a poor campaign in terms of getting his message out.

But this rather overlooks the substance of what the Prime Minister has brought into this campaign: an economic plan devoid of any real detail; an almost non-existent legislative agenda; a determination to make a marginal issue about transgender kids into a toxic culture war that is not only supposed to bring him victory but burn parts of his own party; divisions in his own party over candidates that see party members backing independents standing against the Liberals; and his preparedness to use national security and defense as a political weapon.

The “brilliance” of Morrison’s campaign overlooks the fact that, by the week’s end, the most likely outcome of the election, according to the flagship newspaper of the Coalition’s most ardent media backers, The Australian, was an 80 seat majority in the 151 seat of House of Representatives for the Australian Labor Party.

Even if this is not right, polls throughout the campaign have shown the government making no noticeable headway as a result of his efforts.

If Labor wins, the political landscape will be changed

If Labor does win next week it will have been despite the “brilliant” campaigner, despite the buckets of taxpayer money showered around targeted electorates by the government, despite Albanese’s “poor” campaign, and despite News Corp turning the volume up to 12.

While Frydenberg’s human billboards featured on page 7 of the national broadsheet, the front page was dominated by another attempt to portray Labor’s deputy leader, Richard Marles, as a sinister Chinese plant — a position on which Morrison was more than happy to elaborate on Friday morning — and by a government “drop” of an intelligence assessment about possible boat arrivals prompting more changes to the immigration detention system.

The Coalition, the paper reported, would “force thousands of foreign criminals” to pay for their own immigration detention costs, amid intelligence warnings of a “heightened risk environment for maritime people smuggling”.

Reading into the fine print, it turns out there are 1,300 “foreign criminals” currently in the system and the intelligence briefing only says people smugglers “may” test the border protection system.

That didn’t stop Labor once again jumping on board to back the policy, determined to shut down any wedges.

The media group also continued its campaign against the independents — referred to variously as “so-called” independents, or just “independents” in quotation marks, or in Friday’s Daily Telegraph as “Climate 200-backed silver spoon candidates”.

The spectre of the political landscape that will confront us after next Saturday is that, whoever wins, Labor will have been pushed to adopt most of the Coalition’s economic and national security policies and the Coalition will be either broken, or at least transformed, into something very, very different.

Not only could many of the “moderates” be gone, but potentially the weightings of the parties within the Coalition will also have changed, with the Nationals — who have been allowed to hold the Liberal Party captive for much of the past seven years — holding relatively more of the seats, despite often being no more than a deeply divided rabble.

What do the major parties actually stand for?

Despite the culture wars, just what the major parties actually stand for these days is unclear. The Nationals used to be called “agrarian socialists”. The Liberal Party says it is the party of small government. Labor is… for a “better future”.

The Coalition boasts it has “created” 1.3 million jobs since coming to office in 2013. Yet it never mentions that more than half of those jobs — more than 700,000 — have been in the health and education sectors which are predominantly funded by government.

Employment in retail trade, construction, mining, agriculture and manufacturing has barely moved, despite all those high-vis vests and hard hats on the election trail.

As the Australian Bureau of Statistics summarised the last national accounts, “Australian governments continued to support the economy”.

The thing that neither major party seems to have really wanted to talk about in too much detail in this election has been how they go about providing government services to taxpayers. And why so many of those services — health, aged care, disability care — are in such a poor, albeit rapidly growing, state.

One more week of brilliant campaigning and human billboards to go.

NBA Prospect Watch: Hookportie ups his game at the bottom