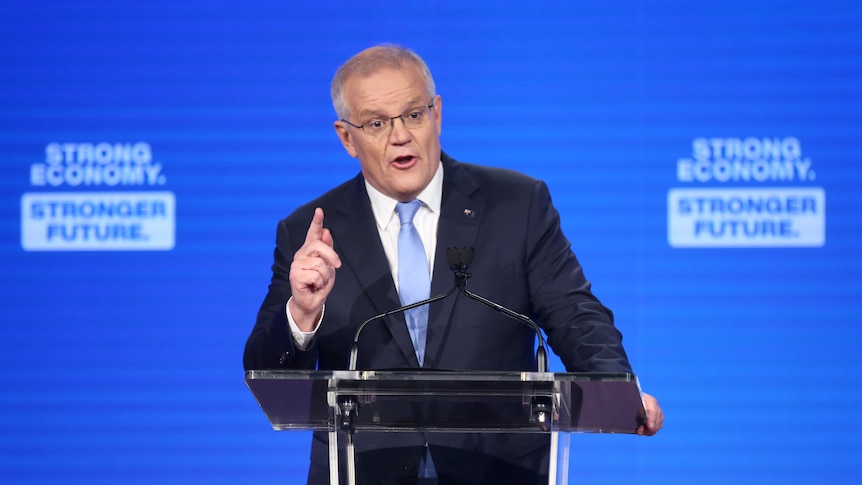 The Prime Minister has used the Liberal Party’s campaign launch to announce a plan to allow first home buyers to use their superannuation to purchase a property.

The Liberal Party chose Brisbane to officially launch their campaign, only six days out from election day.

Resource-rich Queensland was key to the Coalition’s “miracle” win at the 2019 election, with Scott Morrison echoing his election-night line at today’s event, opening with: “How good is it to be in Queensland.”

Mr Morrison went on to announce the Super Home Buyer scheme, which — if the Coalition is re-elected on Saturday — would enable first home buyers to use up to 40 per cent of their super, up to $50,000, to put towards buying a home .

The Coalition says this would slash the time needed to save a house deposit by three years on average.

“A re-elected Coalition government will allow first home buyers to invest a responsible portion of their own superannuation savings into their first home,” Mr Morrison said.

“This would apply to both new and existing homes and whatever amount is invested will be returned to your super when you sell the home, including the share of the capital gain from the sale of that home.

“The best thing we can do to help Australians achieve financial security in their retirement is to help them own their own home.”

If the Coalition is re-elected, the scheme would begin on July 1, 2023, for first home buyers who must have saved another five per cent of their deposit separately.

The buyer must also live in the home for at least 12 months, but there are no age, property or income thresholds.

Shadow Housing Minister Jason Clare described the policy as the “last desperate act of a dying government” and that people struggling most to enter the housing market would not be helped because they typically had the lowest superannuation savings.

He also said it would “add fuel to the fire” of house prices, and drive them up.

Mr Clare pointed to other senior Liberal Party figures including former prime minister Malcolm Turnbull, former finance minister Mathias Cormann and Peter Costello who have been vocally against the idea.

“I think the Australian people can see through this… and know that if this was a good idea the [government] would’ve done it years ago, not six days before the election,” he said.

Pandemic record at the heart of campaign pitch

Mr Morrison also used his speech to run through the last three years of his prime ministership, selling his record of economic management through the pandemic.

“When [Treasurer] Josh [Frydenberg] and I stood together, before the Australian people in the early stages of the pandemic back in March 2020… [the] nation was gripped by fear and uncertainty.

“And so JobKeeper was born, and the many other measures that followed, constantly supporting Australians to find their way forward.

Mr Morrison then pitched for a next term where government intervention would pull back.

“Australians, they are tired of politics. It’s been an exhausting time, and they’ve certainly had enough of governments telling them how to live their lives, and I agree,” he said.

“We’ve been building a bridge to the other side economically in a time of global uncertainty and here we are.

“We now stand on a different edge to the one that I spoke of before. One where fear doesn’t dominate, but aspiration.”

“This is a next generation stealth, unmanned, aerial vehicle leveraging artificial intelligence to support manned aircraft to conduct air combat, reconnaissance and surveillance missions,” he said.

“The first military combat aircraft to be designed, engineered and manufactured in Australia in 50 years.”

Mr Howard has been campaigning for the Coalition throughout the campaign, while Mr Abbott has been a less prominent presence, although not completely absent.

Mr Morrison’s immediate predecessor Malcolm Turnbull was not present at the launch.

Read Also:  This week is an opportunity for Australia to take a different path to Delta Overseas: NSW Premier