Moscow TV War Protester Urges Other Russians to Speak Up 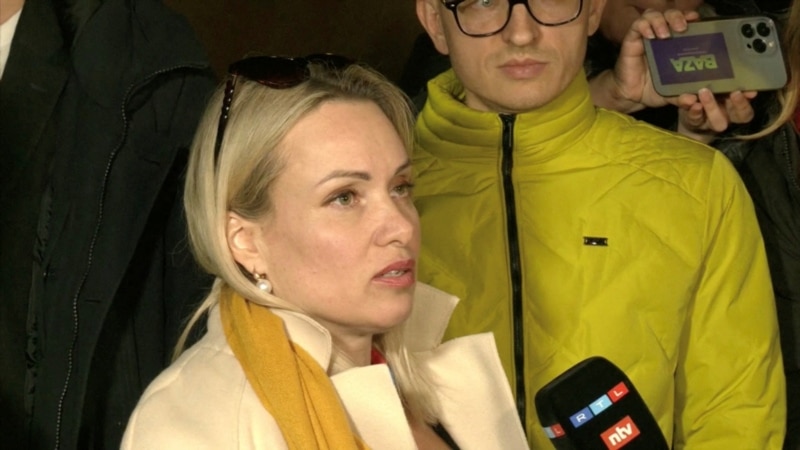 The Russian editor who protested Moscow’s invasion of Ukraine during a state TV news broadcast called Sunday for other Russians to speak out against the “gruesome war.”

While working for Channel One television in Moscow, Marina Ovsyannikova barged onto the set of an evening newscast Monday, holding a poster reading “No War.”

She was subsequently detained, fined 30,000 rubles ($280), and then freed pending possible further prosecution, but has turned down a French offer of asylum.

On Sunday she described to US media her decision to protest as “spontaneous,” but said a sense of deep dissatisfaction with her government had been building for years — a feeling she said many of her colleagues shared.

“The propaganda on our state channels was becoming more and more distorted, and the pressure that has been applied in Russian politics could not leave us indifferent,” she told ABC News program “This Week.”

“When I spoke to my friends and colleagues, everyone until the last moment could not believe that such a thing could happen — that this gruesome war could take place,” she said from Moscow, speaking through an interpreter.

“As soon as the war began, I could not sleep, I could not eat. I came to work, and after a week of coverage of this situation, the atmosphere on [Channel One] was so unpleasant that I realized I could not go back there.”

Ovsyannikova said she considered joining a protest in a public square, but saw that protesters were being arrested and faced jail time.

She said she hoped to “maybe stimulate some people to speak up against the war.”

The sign she held up behind a news reader said: “Stop the war. Don’t believe propaganda. They are lying to you here.”

Ovsyannikova, who has resigned her job, told France 24 television on Thursday that her protest had “broken the life of our family,” with her young son particularly anxious.

“But we need to put an end to this fratricidal war.”