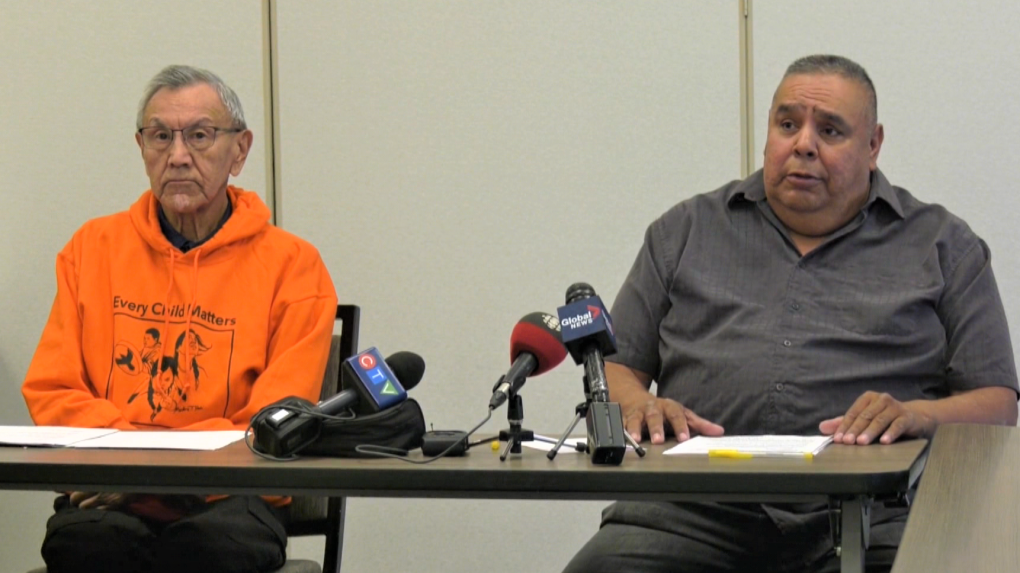 Saddle Lake Cree Nation in eastern Alberta is “actively researching and investigating” the deaths of at least 200 residential school children who never came home, as remains are being found in unmarked grave sites.

“It was one of the most horrific residential schools in Canada,” Eric Large, from the Acimowin Opaspiw Society, told reporters in Edmonton on Tuesday.

Large started combing through burial records in February related to the Blue Quills Indian Residential School, which was based near St. Paul, Alta.

He believes he’s found documents for 215 students who died between the ages of 6-11, but whose remains are still unaccounted for.

“The amount of missing children is extensive…The institution was strife with violence, illness, starvation, abuse and death,” said Large, who attended a residential school himself.

Some of the records that Large are obtained from the Catholic church. He said there are 12,000 nation members, and each family had accounts of four or five children who disappeared.

“We have also been collecting witness statements from members in our nation to try and piece together a complex puzzle in regards to our missing children who never came home,” Large said.

A councillor in Saddle Lake said he has accidentally recovered bones of several children, while attempting to dig new graves in the local Sacred Heart Cemetery.

“There were children’s sized skeleton remains that were excavated. None of these skeletal remains were in caskets, none of the graves had markings of any sort,” Jason Whiskeyjack explained.

Whiskeyjack called on the federal government to provide the Saddle Lake with funding for radar equipment to investigate further. He also wants a community wellness plan to be created to assist members experiencing renewed trauma.

In February, a Cree woman launched her own effort to mark graves in Saddle Lake by selling moccasins for charity.

The issue of unmarked graves around residential schools triggered international mourning last May, after a First Nation near Kamloops BC announced that ground-penetrating radar suggests about 200 children are buried near their former school.

Hiltzik: Why the FDA shouldn’t give full approval to COVID vaccines