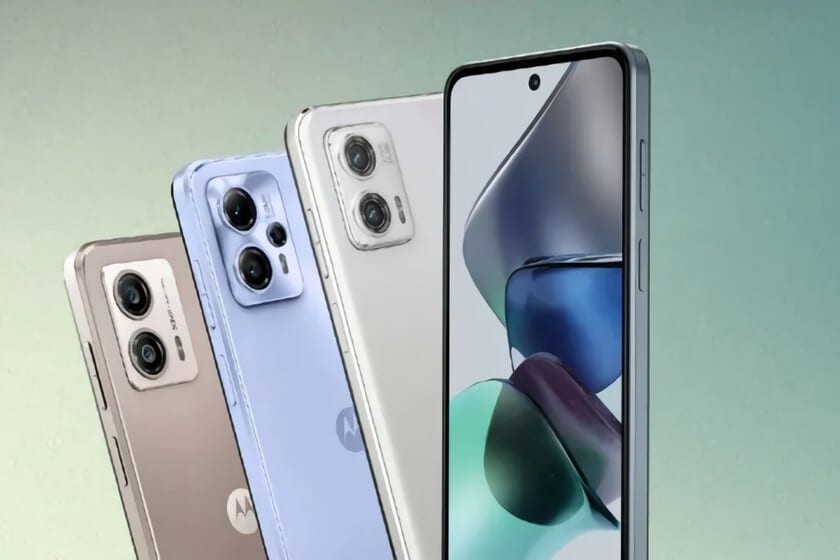 Motorola is starting 2023 with four new smartphones, It is a renewal of its mid-range series, the already well-known Moto G family, which gets successors to the previous generation models to renew itself ahead of fierce competition coming later in the year.

Moto G73 5G, Moto G53 5G, Moto G23 and Moto G13 They make up Motorola’s mid-range lineup for 2023. For some generations, the four share design and some technical characteristics, with specific differences that place them in different segments for each type of user.

We start with the old model. Moto g73 5G and Moto g53 5G are similar in size 6.5-inch LCD panel and 120Hz refresh rate, but with a difference in resolution, FullHD+ for the largest and HD+ for the smallest. Another similar aspect are the rear cameras: 50-megapixel f/1.8 main and 8-megapixel secondary.

Interestingly, the 8-megapixel sensor “Three Approaches”So that Works for ultra-wide angle, macro and depth, for better portrait photos. they both have the same camera selfies 16-megapixel hole in the panel.

The most important difference between these siblings is in potency. moto g73 has a heart MediaTek Dimensity 930 with 8GB RAM and 256GB storage, On the other hand, the Moto G53 is powered by the Snapdragon 480+, with 4, 6 and 8 GB RAM variants depending on the market, and 128 GB storage. In both cases the internal memory can be expanded with a microSD card up to 1TB.

In matters of autonomy, both have a 5,000 mAh battery, but Only the Moto g73 has 30W TurboPower charging while the Moto g53 stays with a 10W load.

Then there are the little brothers, the Moto g23 and the Moto g13. Like their bigger brothers, these two smartphones are quite similar to each other, and in fact they share even more technical aspects. of both 6.5-inch LCD screen with HD+ resolution and 90Hz refresh rate,

The new Moto G has been unveiled in Europe, which will be available in various markets in the coming weeks. In Spain they are already available, and their official prices are:

Motorola confirms that New Moto G73, Moto G53, Moto G23 and Moto G13 coming to Latin America and although it does not specifically mention Mexico, it only “Selected Markets”Since our country is one of the main countries for the company, it should be expected that we will see them on the ground in the coming weeks. Its official price information in Mexico will be shared later.