Mountaineering: Dream of conquering Manaslu in the Himalayas | Laura Horta is the Dean of the Faculty of Education at UMAZA in Mendoza and an athlete who aspires to be an “ochomilista” 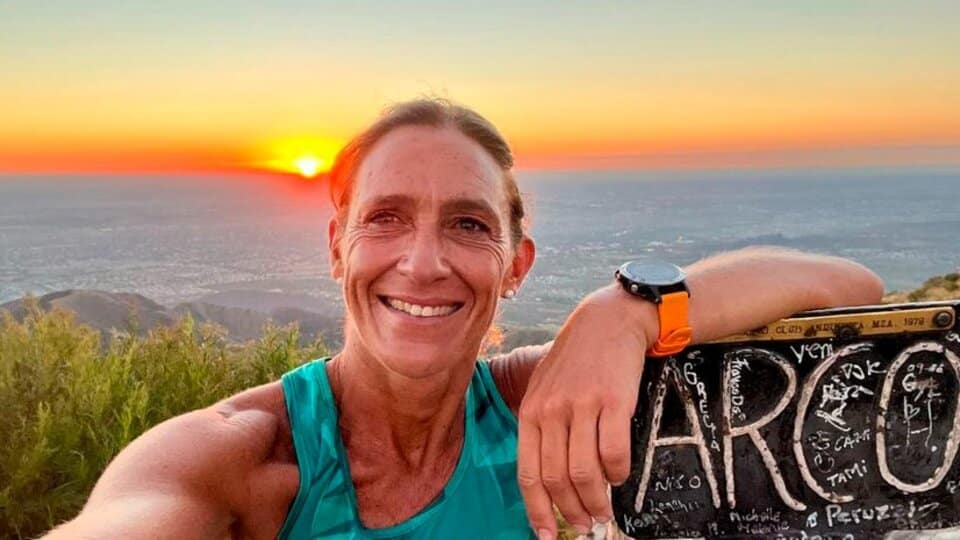 Laura Horta (53), a professor of mathematics, physics and cosmology who is dean of the Faculty of Education at Juan Agustín Mazza de Mendoza University, aspires to be the first woman in her province to complete the 8,000-meter journey. On August 27, I left for Nepal with the goal of climbing Manaslu, the eighth highest mountain in the world, at 8,163 meters in the Himalayas.

Another was Mendoza, Nancy Silvestrini, who was the first Argentine to reach and reach the summit of the mountain higher than 8,000 m (the border between China and Pakistan), but died on the descent on July 5, 2003.

Laura has a history of self-improvement and her challenge to become an “economist” also arises from completing the “If Anyone Believed in Me” education project. His goal is to keep education “as high as possible”, as he himself said, and then be able to tell about the achievement of the sport in persuasive talk.

“This 8,000 is in Nepal, in the Himalayan range. There are 14 mountains above 8,000 meters all over the planet, and I’ve decided to head to the summit of Manaslu, which means ‘mountain of souls’. It’s a post-monsoon Hill. Its name captivated me. It is one of the most technical hills,” the climber said in conversation with Telam Agency.

Manaslu is the eighth highest peak in the world, which is extremely dangerous to climb and according to statistics it is the sixth deadliest mountain of 14 “eight thousand”. Furthermore, Himalayas is mostly male.

Asked if he analyzes the climb/death ratio, Horta reassured: “To try to be an ‘eco-miler’, the first thing we see with our coach (Sergio Furlan) is death.” What is the rate. In theory I was going to go to Cho Oyu, which was the one with the lowest mortality rate, but you enter from China and there are many problems to enter, so since it was closed, So we had to choose Manaslu”.

“It has a fairly steep slope with exposed climbs. It’s only climbed in September,” said the Mendoza woman, who started mountaineering relatively recently.

“I only started 6 years ago, and the first mountain I did was Aconcagua. It’s not a minor issue, although I have physical preparation because I train with a running team that is Team Aventura To face the great summit it is necessary mental, head and technical preparation”.

Laura is the mother of three children aged 30, 25 and 23. 11 years ago, when he came out of adolescence, he put on jogging pants and went back to play sports. Soon after, I was already running a very long run: “The mission is a run of 200 kilometers and 160 in the mountains, which I did alone and with my team. It went very well, I could run any race.” 5, and they are extreme races, with several meters of unevenness”, he remarked.

“Once my coach said to me: ‘You’re one of those people who has a head of 8,000’. And the world of ‘Okomilista’ is already very extreme, because they are very extreme situations where life and death are reality. Let’s play with what else is being lived”, he explained.

Five months earlier, he sold a truck to pay for a trip to the base of Everest, and there he hired the Dream Carrier Trek expedition and met Pasham, a Spanish-speaking Sherpa and who would be his guide on the journey. . From an economic point of view, the cost of this campaign is not less than 25 thousand dollars.

“I have managed to knock on the door of what is needed, and despite it being very difficult to convince traders, few have realized its significant value and upon my return I wish to take this experience out of a long process. I had to start from the beginning, and have such a strong belief and commitment to something that you want to achieve.” With the help of an insurance company and a travel agency, Laura covered more than half the cost, but still has about $10,000 to raise.

Regarding his plans upon reaching Nepal, Laura said: “The expedition awaits me in Kathmandu and prepares me to do a 7-day trek to reach Manaslu base camp. I then climb with Sherpas with me. I’ll start.”

“The expedition to altitude is 36 days. Rotates, moves up and down, to adapt to the body. My decision is to ascend with oxygen, and I have to try to carry the tank on my back, Which is 8 kg. I have to wear cramped shoes, metal stairs that are used as bridges to cross the cracks of ice,” he said.

In conclusion, the dean of the university assures: “Being an ‘eco-miler’ is a very difficult undertaking, and even more so for a woman, and on top of that, as is my case, I am not a climber. I want to attack this. Summit from different sides, trying to win it, and demonstrate that you can, and you can, be a mother, be a housewife, and A teacher and dean can remain”.

“I’ve always liked challenges, being able to show that we have a special strength. When there’s conviction and commitment to something, nothing happens that seems impossible.”

The world’s 14 highest peaks, called the “Eight Thousand” for over 8,000 meters, are located in the Himalayas and the Karakoram, a mountain range that has more than 100 peaks that exceed 7,000 meters.

Manaslu is the eighth highest mountain in the world and is located in the Manasiri Himal Massif, part of the Himalayas in west-central Nepal. Its name, meaning “mountain of spirits”, comes from the Sanskrit mansa, meaning “wisdom” or “spirit”.

Manaslu was first climbed on May 9, 1956 by Toshio Imanishi and Gyalzen Norbu, members of a Japanese expedition, and is the first ‘eight thousand’ won by a women’s expedition, when Japanese Masako Uchida, Naoko Nakaseko and Miko Mori 4 Crowned its summit in May 1974.

He shot a police officer accused of raping his 13-year-old daughter to death by five bullets, but a crucial testimony will turn the case

The market made profits on stocks and some bonds pending economic announcements.

Biden: 96 to 98 percent of Americans need vaccination to go back to normal