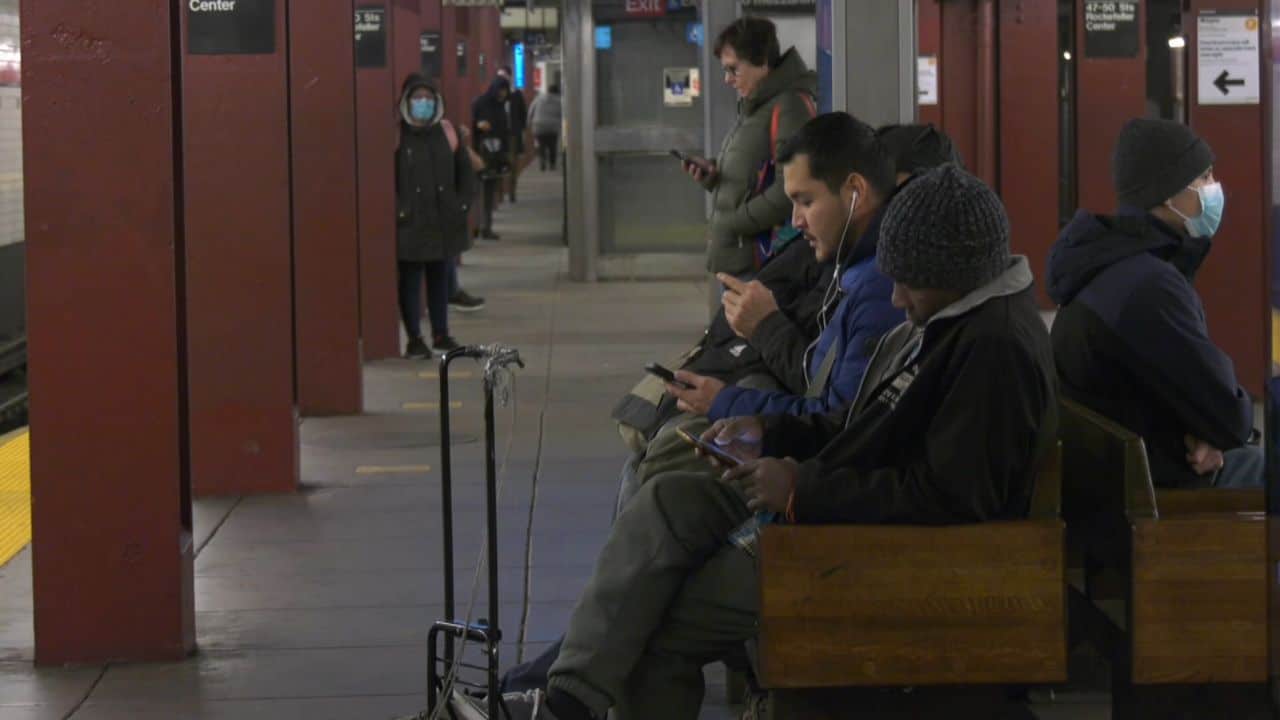 “Maintaining and improving our safety on commuter rail is non-negotiable for us.”

Patrick Warren, director of safety for the Metropolitan Transportation Authority, said Tuesday at a board of directors meeting at MTA headquarters, showing photos of law enforcement officers interacting with the public.

The saying comes just as a report from the city’s police department suggests there has been a 40% increase in murders, assaults and robberies on this essential transportation system for New Yorkers.

“There will always be debate between politicians and other people who don’t take the subway like we do,” Ramirez said.

On Monday night, a 27-year-old man stabbed another 31-year-old aboard a D Line train after an argument. Both were taken into custody at the 47th Street and Sixth Avenue station, a block from Times Square.

“All you want is to get home. Go to work and go home to your family,” Ramirez said.

Appealing to the most skeptics at the meeting, one report included recent topics such as more than 1,200 additional police officers patrolling the subway and plans to install cameras in cars.

But there was also talk of providing all 472 subway platforms in the Big Apple with cameras, constantly announcing the presence of officers, and making them more visible, wanting them spread out inside terminals and the same situation. Do not stand in place.

The MTA board and users think so.

“I take it every day in the morning and again in the afternoon, and I’ve seen policemen, but maybe there’s a little more to go,” said Karina Rosales.

They say they already have 50 beds in medical care centers to help homeless people who need psychiatric treatment. They train personnel to assist them and dozens have been granted permanent residency.

The latter is a thorny point for Rosales, who says she takes the train a lot with her six-year-old son and doesn’t see things appropriate for minors.

“A lot of homeless people, a lot of drugs. Things that maybe kids his age, my son is six, it’s not a good thing for him to see.”

Reference was also made to 52 cases of ongoing sexual harassment in the train system, and requests were made to the judicial system to ban him from entering the train system for life. They already reported one in Suffolk County, Staten Island.

Last but not the least, with more police officers, fines for all kinds of violations have also increased, especially for toll evasion.

More than 300 tickets are issued daily to people who try to board the subway without paying. 54% increase as compared to 2021. This is necessary when you take into account the tax holes found in MTAs.