N.Ireland parties urged to work together after Sinn Fein win 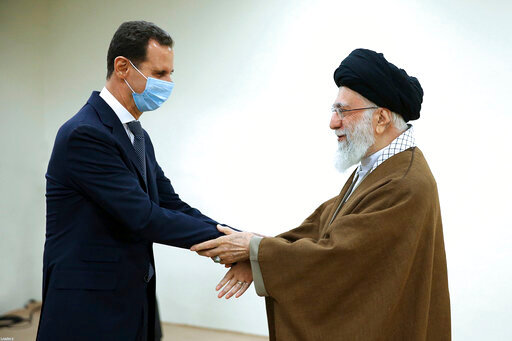 LONDON ( Associated Press) — The UK and Irish governments have urged rival parties in Northern Ireland to come together to resurrect its power-sharing government after Irish nationalist party Sinn Fein scored a historic victory in local elections to become the biggest party in Northern Ireland’s Assembly.

Sinn Fein, which seeks union with Ireland, won 27 seats in the 90-seat legislature, beating the Democratic Unionist Party, which secured 25 seats. It’s the first time in Northern Ireland’s history that an Irish nationalist party has topped the voting.

But it’s not clear whether Sinn Fein will lead a new government because of Northern Ireland’s delicate power-sharing politics and ongoing tussles over the legacy of Britain’s exit from the European Union.

While Sinn Fein’s vice-president Michelle O’Neill now has the right to the post of first minister, a functioning Northern Ireland Executive — or devolved government — cannot be formed unless the largest unionist party agrees to join in the role of deputy first minister.

In February the DUP’s Paul Givan quit as first minister in protest against post-Brexit border arrangements, collapsing the Executive. His party has said it will not return to government unless their demands over the customs arrangements are met.

Read Also:  WATCH LIVE: Biden delivers remarks amid escalating tension between the US, Ukraine and Russia

Leaders in London and Dublin said all parties must now re-establish the government as soon as possible.

Irish prime minister Micheál Martin said late Saturday that “it is now incumbent on all political parties and elected representatives to deliver on their mandate.”

“Power-sharing and principles of partnership, equality and mutual respect are at the heart of the Good Friday Agreement, through which peace has been secured and progress achieved for almost 25 years,” he added. “A new power-sharing Executive is vital for progress and prosperity for all in Northern Ireland.”

In London, Northern Ireland Secretary Brandon Lewis said he will meet with party leaders Monday to discuss how to re-establish a functioning government.

Lewisd reiterated his position that the UK government would like to reach an agreement with the EU to resolve disputes over post-Brexit rules known as the Northern Ireland Protocol.

Britain’s Conservative government is trying to get the EU to agree to major changes, but negotiations have reached an impasse.

“The UK government’s position is we want to secure a deal with the EU. We’re very clear about that,” Lewis told the BBC Sunday. “We have worked very hard on that for over a year now across a series of conversations. We made proposals. The EU haven’t shown any flexibility.”

If no power-sharing executive can be formed within six months, a new election may be triggered.

Insight on the monoclonal antibody North America market by 2030 – featuring AbbVie, Amgen and Bayer among others