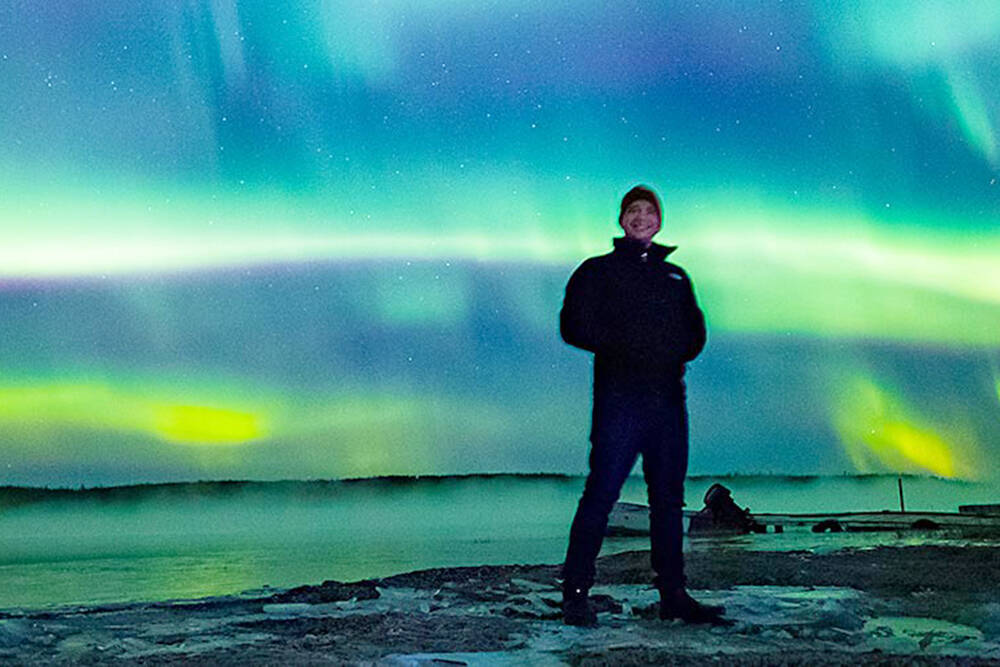 An engineer and photographer will share his experiences and photographic techniques gathered from chasing the northern lights at Nanaimo Astronomy Society’s next meeting.

Jeremy Kuzub has photographed the aurora borealis for 10 years, designed and built a camera to record auroras in real time and created a website to share images of auroras and the science behind them.

The northern lights were part of life growing up in Edmonton, but Kuzub started photographing them when digital cameras became sensitive enough to capture great aurora photos.

“Growing up with them in the sky when we were camping, they were a big mystery as a kid,” Kuzub said in an e-mail. “No internet and almost impossible to capture on film. Later, better cameras and the ability to monitor space weather information on the internet made it a rewarding and intriguing activity, since it is a mix of landscape photography, wildlife photography and travel to interesting locations.”

People can view auroras across much of Canada. The northern portions of the aurora borealis most often appear in a ring or crown around Earth’s geomagnetic pole that passes over places like Yellowknife almost nightly. When auroras are active, the ring expands southward.

Kuzub understands where and when to find auroras, but satellite technology helps, too. Several spacecraft monitor solar weather, giving aurora chasers about three days’ notice of increased solar wind, enough lead time, he said, to buy a plane ticket and fly from his home in Ottawa to clear skies farther north.

“The sun is always emitting charged particles, which spread throughout the solar system like a rotating lawn sprinkler,” he said. “When they pass Earth, a portion of them interact with Earth’s geomagnetic field, effectively charging it up and increasing the energy stored there. This energy is what drives aurora activity.”

Sometimes the biggest challenge is just getting to sites to photograph northern lights in remote locations, which can make for memorable experiences, said Kuzub. Tromso, Norway, is dark most of the winter and known as a great location to see auroras on clear nights, as is Dawson City, Yukon, a five-hour drive north from Whitehorse.

“When I was first starting out I had to navigate some twisty fjords in Norway for the first time at night to find a good aurora spot,” he said. “Another time in Iceland, I was trying to get a photo by Godafoss Waterfall and the water kept soaking the equipment. I was participating in an ice-carving competition in Yellowknife and, after a long day … even before it was dark, the aurora were out. I ended up setting up a little travel camera in a small forest behind the hotel and got some of my favorite photos.”

The internet connects the community of aurora enthusiasts. Sites such as Aurorasaurus.org, the Alberta Aurora Chasers Facebook group and KpFox.com help share information, results of chases and raise understanding of aurora data that comes from the space weather community.

“Capture North is an initiative to share aurora photography and science with Canadians,” Kuzub said. “I started this initiative after working in the tech sector on data science, interactive web-based education and image processing, so it’s a way to use all these techniques to make an interactive website, educational blog posts and presentations.”

Nanaimo Astronomy Society’s next meeting happens Feb. 24 at 7 pm The online meeting is for the society’s paid members, but newcomers can attend one meeting for free. For more information, visit www.nanaimoastronomy.com.