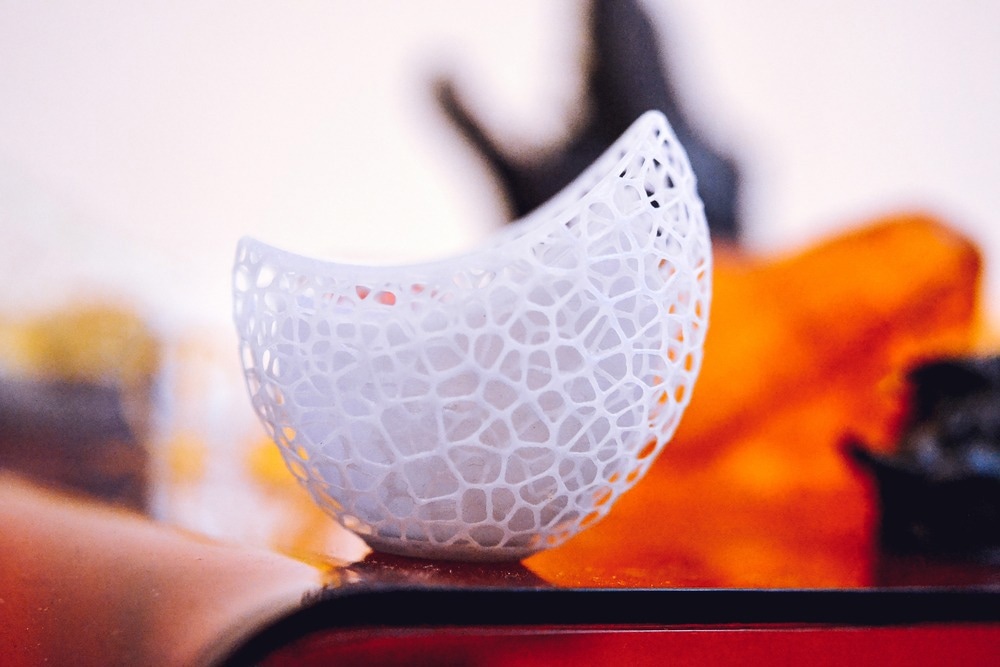 Stereolithography (SL) employs UV-curable resin as a raw material to create bulk and fragile objects. However, the poor performance of this resin restricts the practical applicability of SL.

3D printing is an innovative and advanced manufacturing technology for creating customized stereoscopic objects with sophisticated architectures. SL is a 3D printing technology involving Vat polymerization process. It is used to generate versatile structures due to its highly surface quality and high resolution.

SL technology uses UV-curable SLR as raw material. In the printing process, the fast-scanning speed of laser light prevents the complete conversion of the unsaturated portions of the SLR, creating printed objects with deprived mechanical properties, which limits the application of SL 3D printing at the desktop level.

Ultraviolet (UV)-assisted post-curing after the printing process can overcome the above limitations. This curing process increases the conversion rate of unsaturated moieties into SLRs and improves mechanical properties. However, due to the poor absorption of UV light by SLRs, the depth of UV light penetration is limited, thereby restricting UV post-curing to the interior of the object. In addition, non-transparent SLRs further reduce the UV post-curing efficiency due to the colored fillers in the SLR.

To this end, the integration of UV irradiation into the printing process followed by thermal treatment can overcome UV-post-curing challenges. Thermal post-curing has more advantages than UV post-curing because the pre-post-curing process has no limitations in terms of object geometry and can facilitate complete polymerization of the object’s internal parts.

Strengthening polymers with nanofillers is an innovative strategy, offering remarkable properties and improving the practical applicability of polymers. VGCFs are nanofillers that exhibit superior properties such as prominent thermal and electrical conductivity when reinforced in polymer matrices.

In the present study, the researchers fabricated a dual-curing SLR through an efficient and easy method of incorporating a suitable thermal initiator (Ti) and comparing its efficacy with conventional UV post-curing SLRs. VGCFs were acidified to increase functional groups on their surface, thus enhancing their interfacial compatibility with the polymer matrix.

Furthermore, the XPS spectra showed oxygen (O) 1s peaks at approximately 533 and 976 electronvolts, confirming the acidification of the VGCFs. The intensity of the carbon (C) 1s peak around 285 electronV was slightly decreased compared to that of pristine VGCF, suggesting oxidation of the acidified VGCF surface functional groups. In addition, a high-resolution XPS spectrum showed new peaks at binding energies of 287 and 288.6 electronvolts, corresponding to the Co and C = O groups.

Briefly, the researchers demonstrated and characterized the 3D printing of SLR-Ti/VGCF nanocomposites. Thermal treatment as a post-curing method induced better mechanical properties and uniformity in nanocomposites than UV-assisted post-curing. Acidified VGCF improved the toughness of SLR-Ti and increased the tensile modulus and strength.

Disclaimer: The views expressed here are those of the authors expressed in their personal capacity and do not necessarily represent the views of AZoM.com Limited T/A AZoNetwork, the owner and operator of this website. This disclaimer is part of the terms and conditions of use of this website.

Every Shot, and Second, Counts for Tampa Bay