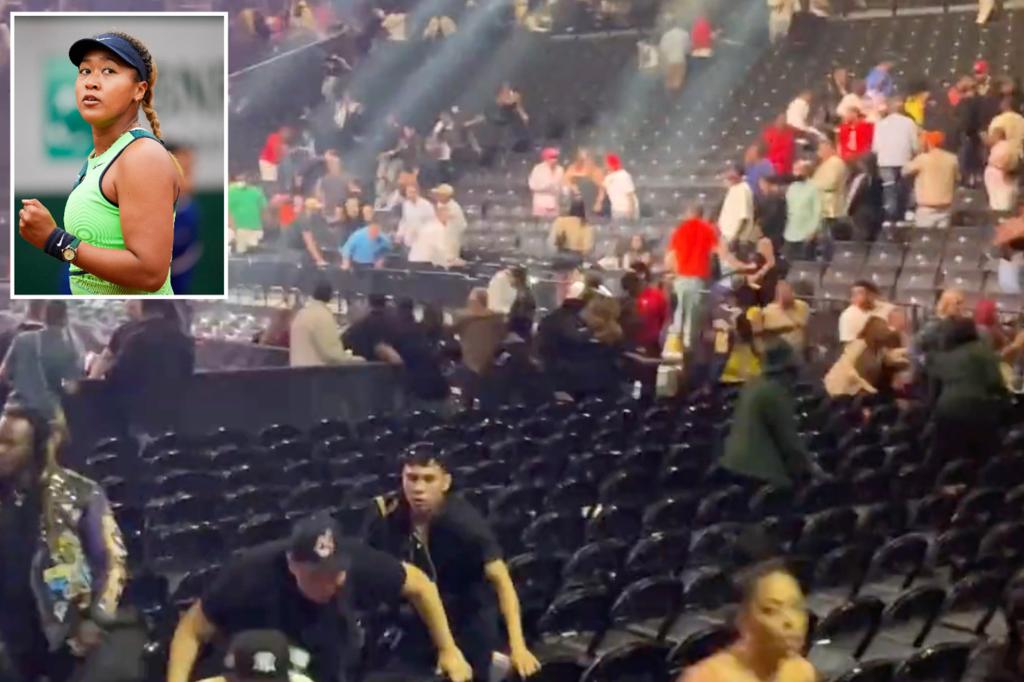 Tennis star Naomi Osaka said she was “f-king scared” when she heard there might be an active shooter inside Barclays Center early on Sunday – which turned out to be a false report.

“I was just at Barclays Center and all of a sudden I heard screaming and saw people running, then we were being yelled at there was an active shooter and we had to sit in a room and lock the doors, I was a very sneaky guy, Osaka said on Twitter.

The four-time Grand Slam champion was one of the spectators at a boxing match inside the arena in Brooklyn, which was mired in chaos following false reports.

Osaka said, “This feeling of familiarity with these constantly devastating situations may be typical for people living in America, but the feelings I experienced in those few minutes I was waiting in that room, some It’s something I don’t want anyone to go through.”

Footage of the incident, including at least one clip posted on TikTok, showed a fierce stampede, with people running inside the arena that hosted the Gervonta Davis-Rolando Romero boxing match earlier that night.

The NYPD said there was no gunfire, although there was a fighting at Atlantic Avenue and Fort Greene Place at around 1 a.m., which involved a man who ran toward the Atlantic Terminal Mall.

Police said the crowd then started running in the same direction, creating confusion.

The false reports and resulting panic came less than a week after a twisted gunman shot and killed 19 students and two teachers at a Texas elementary school, and nearly two weeks later a racist shooter killed 10 at a Buffalo grocery store. Did it

Vaccine skeptics in Eastern Europe have changed their minds