NASA Astronaut: “We Must Preserve Earth, We Can’t Live on Mars” 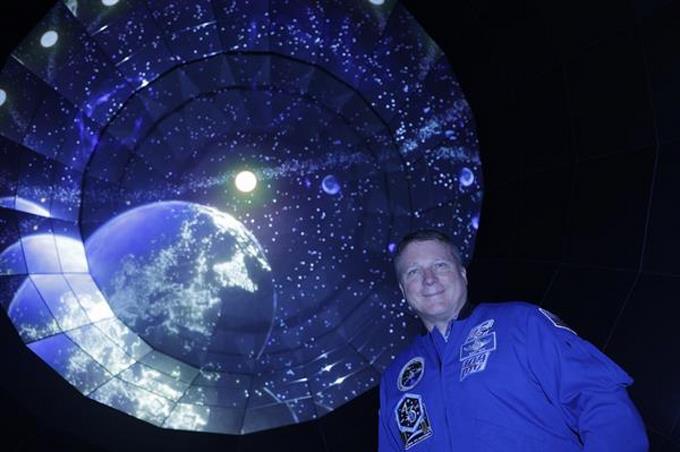 NASA Astronaut and United States Air Force Colonel Terry Virts urges humanity to “take care of planet Earth, our home” because humans will never be able to inhabit Mars, even if they live now “a golden age of space explorationthanks to private investment.

Virts, who piloted the space shuttle Endeavor on the final docking of the International Space Station (ISS) and who has lived in space for 200 days as commander of Expedition 43, advocates that billionaires invest in these trips “to expand their knowledge of space.

In an interview with Efe, Virts, who is in the Spanish city of Barcelona to give a conference on his experiences, explains that “A three-minute rocket ride can be fun for a billionaire” But he argues that this private investment should be used to “do better things for the planet and for other humans in space research.”

“Humans will never live on Mars, we only have one planet, this is our home and we have to take care of it”, emphasizes the astronaut (Baltimore, USA, 1967) when asked if humans will have to emigrate to another planet if Earth becomes uninhabitable.

The military man, who also collaborates with National Geographic, argues that billions should be invested in space research because it is possible “to understand what is happening on Earth in part thanks to what we dedicate to space exploration, so it is important to continue investing in space exploration.

Virts is dedicated to publicizing how the Earth is seen from space: “from there you can see pollution, especially in China, where there is a terrible big brown cloud, but also deforestation, which grows every year”.

In the photographs of the James Webb space telescope revealed yesterday by the US agency NASA, the astronaut believes that “images like these can help raise awareness of our role in the universe and the importance of preserving Earth“.

With a degree in Mathematical Sciences from the United States Air Force Academy and a master’s degree in Aeronautical Sciences, Virts considers that the world is experiencing “a golden age in space exploration”, thanks in part to the 17 billion dollars that private investment has contributed.

“Space research is more exciting now than it was in the time of Apollo thanks to growing private investment,” says the fighter pilot, who recalls that a 2021 report by the company Space Capital indicated that private investment in space exceeded 9,100 million dollars. dollars in 2020 to 17 billion last year.

According to Virts, the contribution of capital from private companies is “very important” for space research because “they can get results faster” than governments, since these companies “are forced to innovate because, if things don’t work out, go bankrupt.”

One of the recent contributions of private investment is space tourism; although some private citizens have been flying to the International Space Station (ISS) since 2001 for a significant amount of money and in 2021 veteran astronauts like Virts witnessed a new space race led by companies like Blue Origin, from Jeff Bezos; SpaceX, founded by Elon Musk, and Virgin Galactic, led by Richard Branson.

Virts was present in the preparation of the ISS to welcome visitors for SpaceX’s first private charter flight to the orbiting laboratory, which arrived on the platform last April with three businessmen and a fellow astronaut, which has been hailed as a milestone in commercial spaceflight. .

“Before, traveling to space was a matter of merit, but now it takes a million dollars to be an astronaut,” he smiles.

Are the companies looking for the abundant minerals that are on other planets?

“It is possible that this activity will be the most profitable of the next century”, admits the astronaut.

“While there are people who place hope in extracting resources from space as a solution to the lack of resources on Earth, at the moment we cannot depend on this type of exploration to explore”, he concludes.